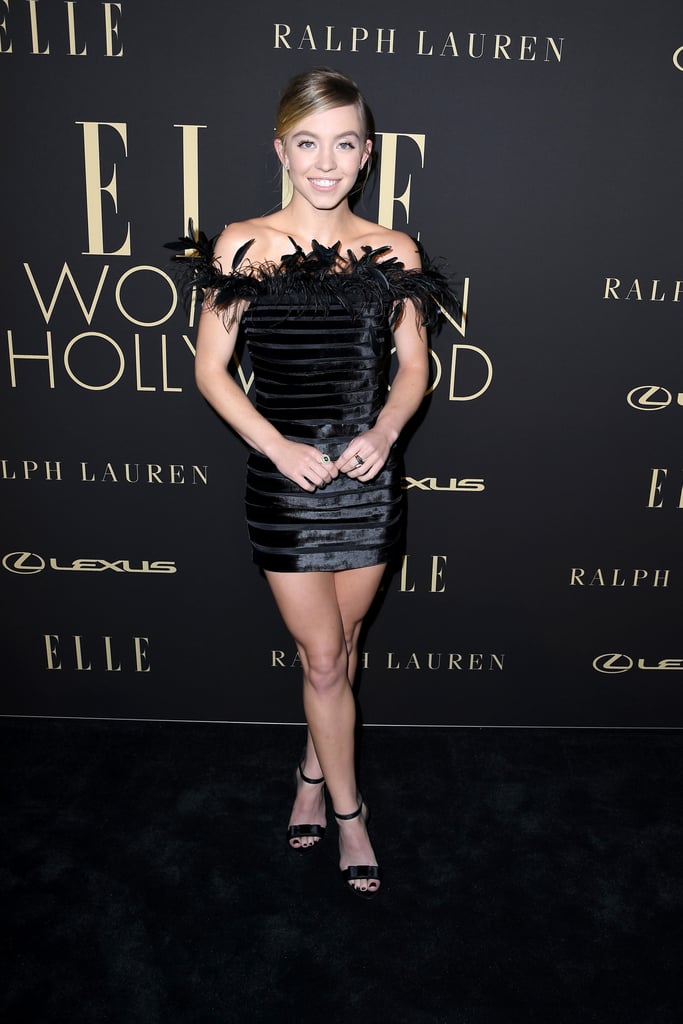 Sydney Sweeney is still proving that her sense of style is just as impressive as her extensive acting resumé. The 22-year-old appeared at the Elle Women in Hollywood event on Monday night — along with her Euphoria co-stars Zendaya and Hunter Schafer — where she stunned on the red carpet in an all-black, Ralph Lauren minidress. The dress was a strapless number with feathers adorning the top half, while the torso area featured a ribbed design. She finished off her look with a pair of strappy black pumps.

Sydney's appearance at the event obviously wasn't the first time she stepped onto our fashion radar. The actress provided us with a bunch of Summer outfit inspiration back in July when she appeared at the Miu Miu Croisiere 2020 fashion show in Paris wearing a gorgeous mix-and-match floral outfit that she accessorized with crystalized sandals and a Midollino basket bag. Read ahead to see more photos of Sydney Sweeney and other stars at the Women in Hollywood event.