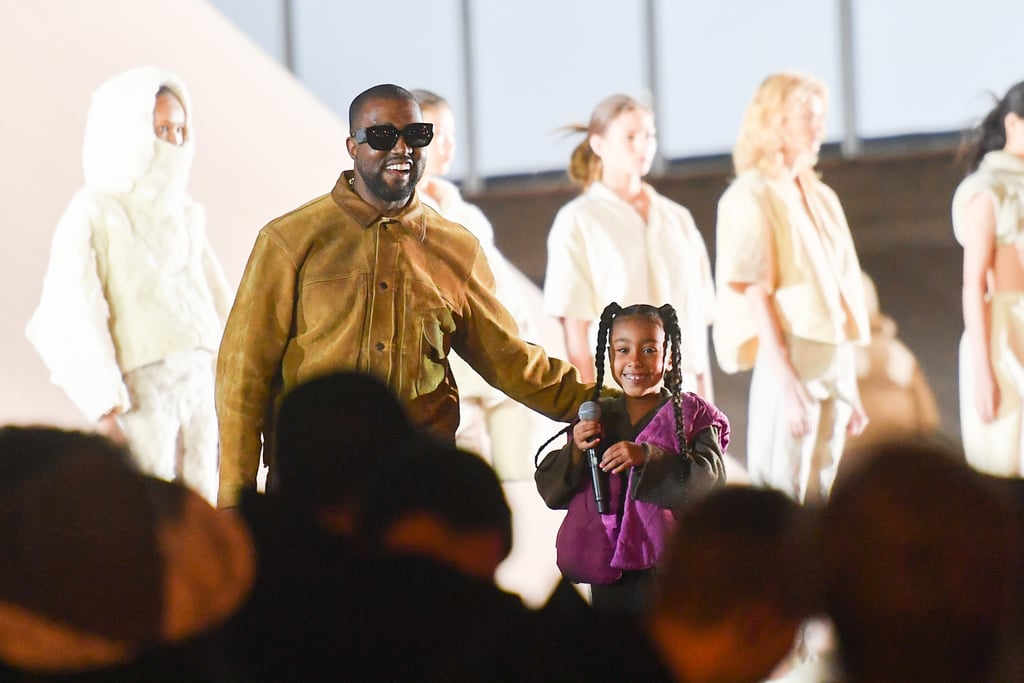 North West Just took the Stage at Yeezy, and TBH, It's the Highlight of Our Fashion Month

This Fashion Month, we've seen a lot of buzzy moments, but it was North West who stole the show and was the cherry on top of a memorable season. Kim Kardashian and Kanye West's 6-year-old performed a song while on stage at his Yeezy fashion show during Paris Fashion Week, and it was just about the cutest thing I've ever seen. She gave her father a run for his money and showed off her rapping skills during the show wearing an adorable outfit. North took the stage in a purple puffer vest over a gray hoodie, matching pants, and boots — all presumably Yeezy.

Models walked next to the budding little rapper in monochrome neutral-hued outfits and covetable Yeezy shoes created by Kanye. Ye later joined his daughter on stage and gave her a big hug as she continued to rapped to lyrics like "Cool, cute, cool, yeah! What are those?" over a synth beat. We're sure Ye was as proud as he could be from the looks of the giant smile on his face. Keep reading to get a closer look at the collection and a video of North's performance right here.