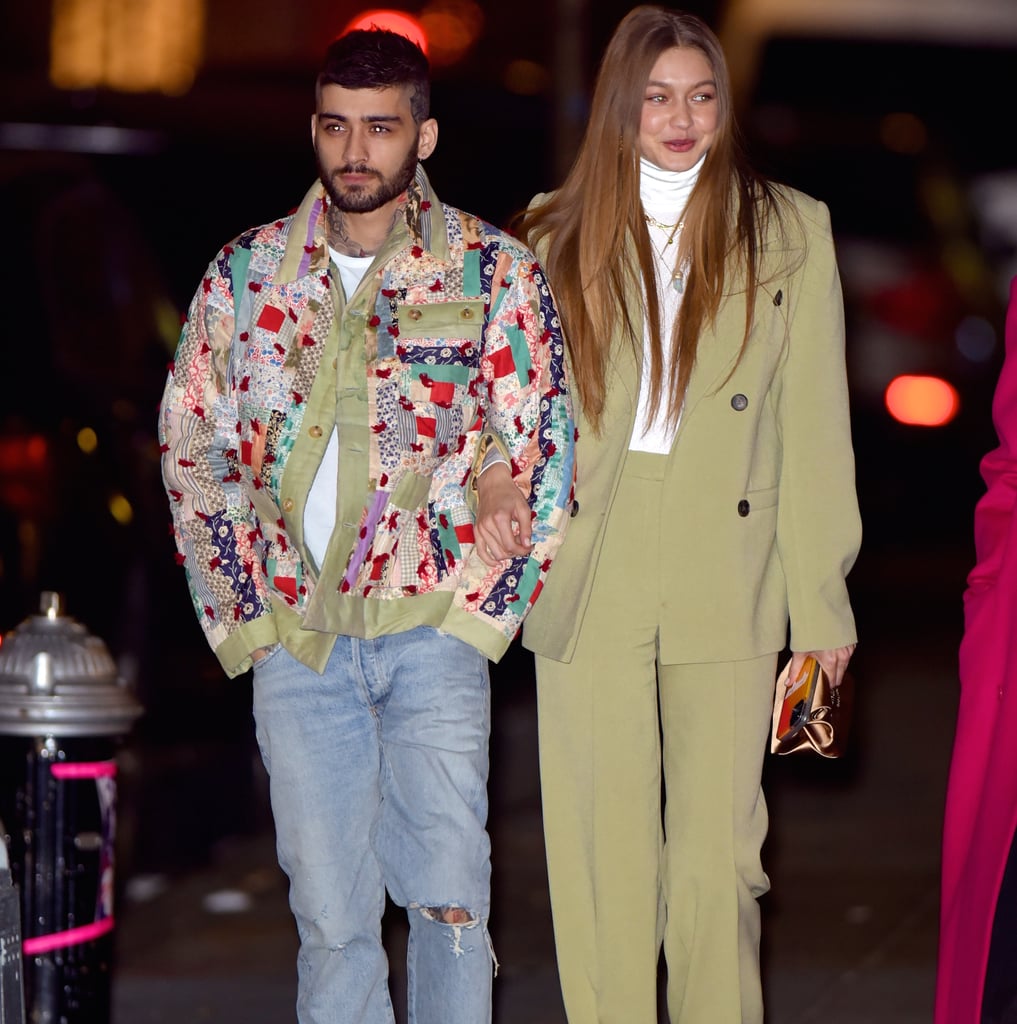 Gigi Hadid and Zayn Malik just publicly confirmed that their on-again, off-again romance is on again. The couple reunited in New York City for dinner, where they celebrated Zayn's birthday with Gigi's family and Anwar's girlfriend Dua Lipa. Ever the stylish duo, Zayn and Gigi remembered to coordinate, just like they always have. These kids got their own famous Vogue cover after all — they have expectations to live up to!

Both stars wore plain white sneakers as the foundation of their outfits, Gigi's Reebok, of course. Gigi wore an oversize olive suit over a white turtleneck tee and layered necklaces, keeping her hair slick straight in very '90s mom fashion. Meanwhile, Zayn complemented Gigi's color palette wonderfully in a quilted patchwork jacket that is pretty much all we can think about right now. Zayn put his outerwear on full display, finishing off his look with simple denim.

Yep, despite Gigi's It bag of the moment, a rolled satin clutch, and chic, laid-back style, it was Zayn's coat that sent us shopping. It is the key piece that ties Gigi and Zayn together here, in more ways than one. Scroll down to check out their appearance from all angles, then pick up a similar mixed print design.