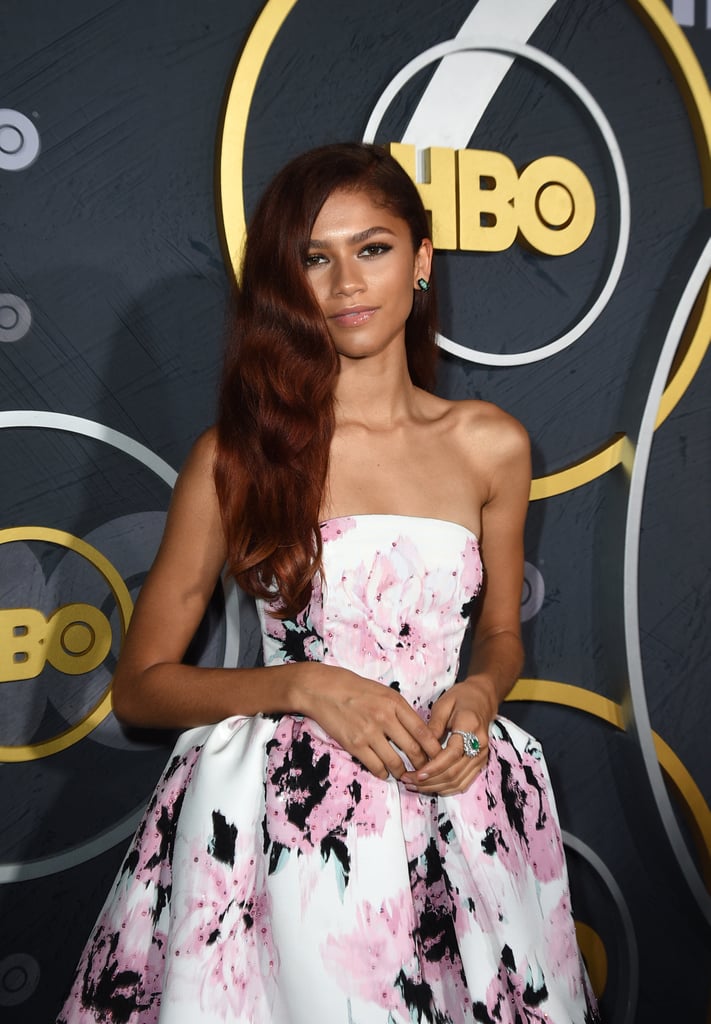 Zendaya at the 2019 Emmys Afterparty

Zendaya did a complete style 180 for the Emmys afterparty. While her dress for the actual award show was sexy, her afterparty dress was as sweet as can be. (Usually, celebrities save their sexiest looks for after the ceremony.) First, Zendaya started her night by showing up for the 2019 Emmy Awards in a Poison Ivy-inspired gown by Vera Wang. She later sent Twitter into a frenzy after taking the stage with RuPaul in a pair of reading glasses. They each wore their own stylish frames as they presented the award for directing in a limited series.

For the afterparty, Zendaya slipped out of her sultry, green corset gown and switched into a darling strapless gown that can only be described as romantic. She opted for a white high-low gown that was covered with dainty pink flowers. It featured a bubble skirt that had a long train in the back. She completed her look with a pair of simple black heels. Zendaya left her hair pulled to one side in cascading curls. As for her accessories, she wore a pair of emerald Anabela Chan studs and wore a matching Yvan Tufenkjian ring. Keep reading to see all angles of her gorgeous floral gown ahead.