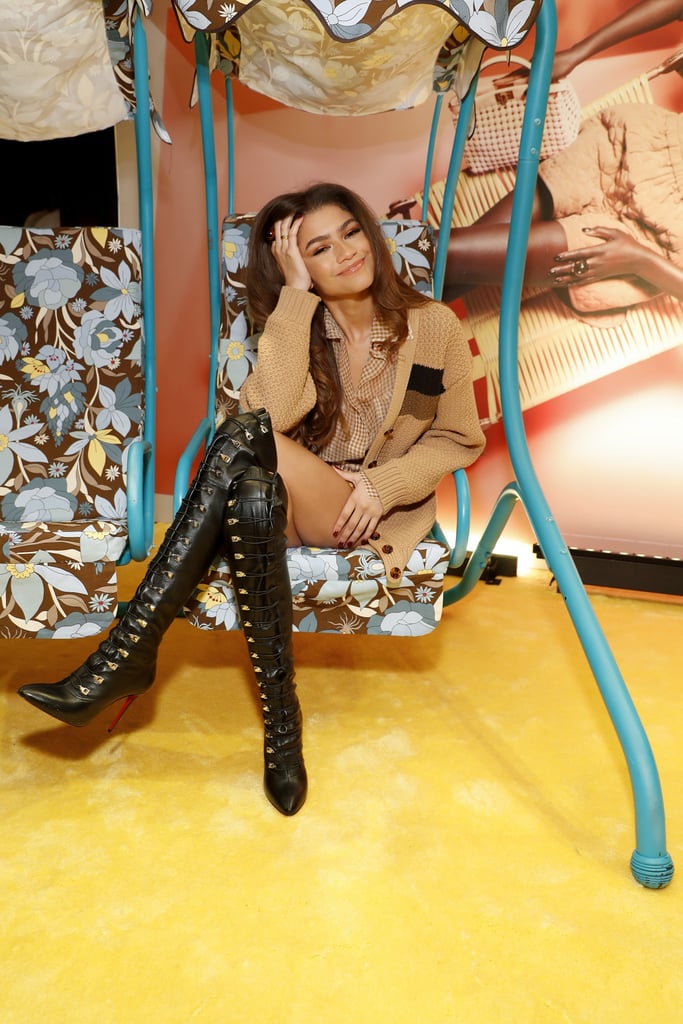 Is Zendaya using her clothes to subtly hint at her debated relationship status? Realistically, probably not, but as soon as I saw her outfit at a recent Fendi event, I couldn't help but put on my detective hat and hypothesize.

While celebrating the launch of Fendi's Solar Dream collection in New York, Zendaya wore three pieces from the luxury brand's Spring/Summer 2020 ready-to-wear line: a silky gingham button-down, matching printed shorts, and a slouchy brown cardigan officially dubbed the Chunky Stripe Boyfriend Cardigan. The piece's name is pretty fitting, considering the fact that her rumored beau Jacob Elordi was also in attendance at the event, though they didn't get nearly as cozy as they did while out and about in the Big Apple earlier this week.

Zendaya styled her grandpa-chic look with some seriously sexy shoes: a pair of thigh-high leather Christian Louboutin boots that featured silver hook closures up the sides. The laidback-meets-sultry outfit is giving me style inspo for days — but hey, Zendaya does that pretty much every time she steps out in public. Ahead, see the Euphoria star's straight-off-the-runway outfit, which Gigi Hadid first debuted during Milan Fashion Week.