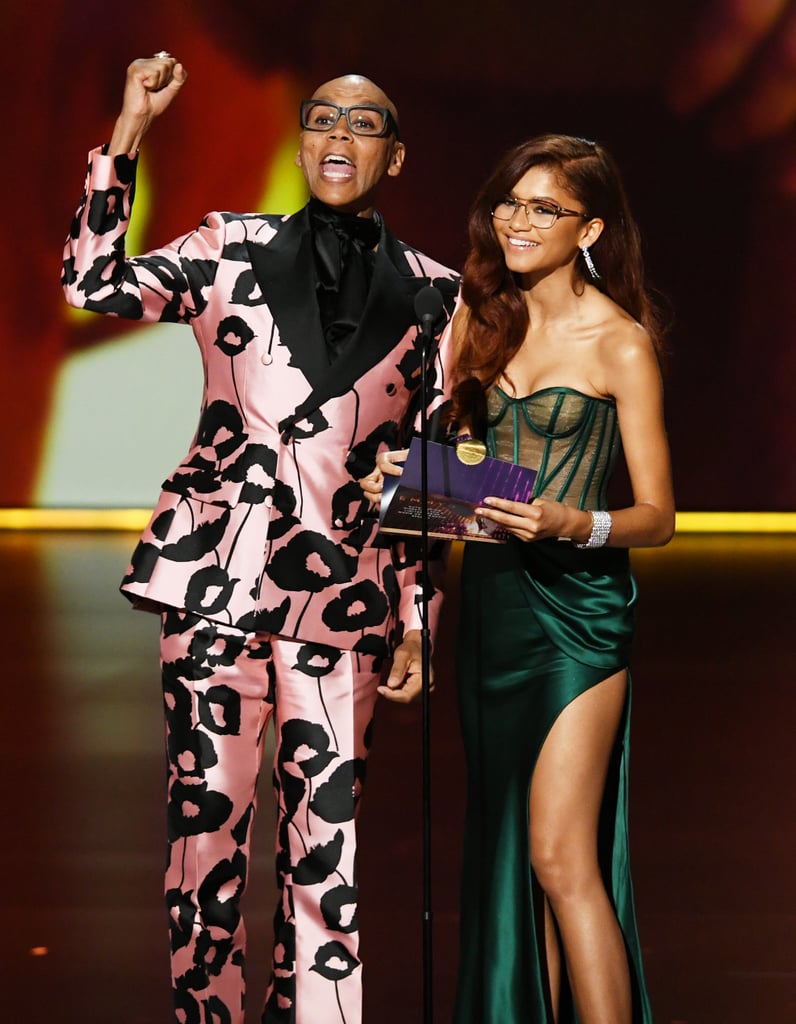 Zendaya Wore Glasses to the Emmys, and All of a Sudden I Need an Eye Exam

Zendaya showed up for the Emmy Awards on Sunday night, and while I could go on for hours about her Poison Ivy-inspired gown, I have more pressing questions on my mind — like where did she get those fantastic glasses? She and RuPaul each wore their own stylish frames as they presented the award for directing in a limited series, presumably to avoid any flubs. It would seem almost impossible to find a pair to complement Zendaya's dramatic dress, yet somehow the modern wire design does just that. Leave it to the Euphoria actress to turn some reading glasses into her greatest accessory.

I'm clearly not alone in my love for her stunning specs. After Zendaya took the stage, Twitter users went wild for her look and sent out a storm of tweets. Can you blame them? Keep reading for more angles of her look and a few of the top reactions on social media.