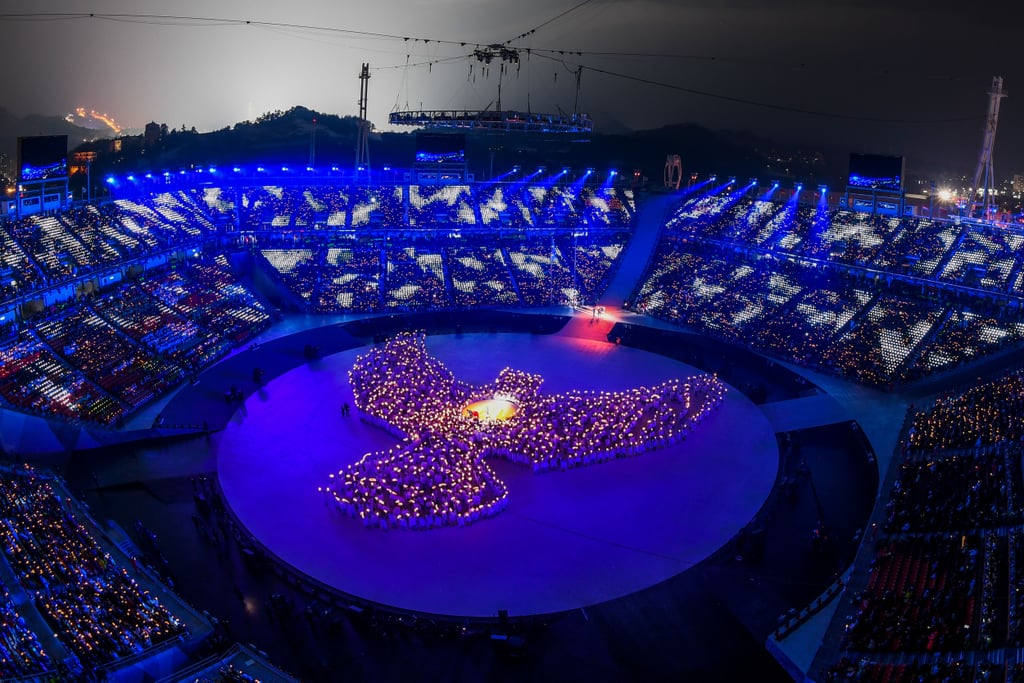 A crowd carrying candles form the shape of a dove.

The 2018 Winter Olympics in Pyeongchang, South Korea, are officially underway. On Feb. 9, the Winter Games were welcomed with a fantastical opening ceremony titled "Peace in Motion." The ceremony followed five fictional children living in rural South Korea as they journeyed through the nation's cultural and historical past, present, and future. In a symbolic choice, the future imagined a peaceful world as singers on stage performed John Lennon's "Imagine."

Athletes then filtered into the stadium carrying their national flags, with athletes from North and South Korea being the last to enter. Athletes from both teams carried the powerful Korean Unification Flag, and several South Korean athletes carried the official Olympic flag. Though the political undertones were palpable, the ceremony also featured fun moments, lively dancers, singers, and, yes, that famously shirtless Tongan flag bearer.

Ahead, check out the many must-see moments from the powerful opening ceremony, and see all of our 2018 Winter Olympics coverage here.