Anna Kaiser recently unveiled her third New York City studio, and I was lucky enough to take a class led by the celebrity trainer herself. For those unfamiliar with AKT InMotion, the boutique fitness studio started out as a single dance studio and has since expanded to offer a wide variety of classes that are handcrafted by Anna, who works with clients like Kelly Ripa and Karlie Kloss.

The specific class I took is called Sweat Dream, which is a combination of HIIT intervals, circuit training, and dynamic stretching. Just one of the many regimens Anna has created, this workout is for the very busy person who needs a superefficient and effective workout.

"It's a functional workout that keeps your body moving in all types of motion, so you're burning all of your muscles and getting a cardio workout at the same time," Anna told me. "You really get a comprehensive workout that targets everything in your body and gives you a crazy calorie burn, which is exhilarating and makes you feel great afterwards."

And I did feel great. But for the sake of being completely honest, I struggled through the entire thing. To my defense, I consider myself a beginner when it comes to experimenting with fitness and I have a temperamental wrist, which doesn't particularly lend itself to the resistance needed to use any type of suspension trainer. Despite my discomfort, I pushed through the fast-paced class by simply accepting my own pace. I did each move to the best of my ability instead of worrying about keeping up with the rest of the pack.

It seemed like we were going nonstop for the entire hour-long session. We moved without hesitation from one set of intervals to the next; one second we were doing TRX and another we were on the barre. It was clear throughout that Anna had the greatest endurance. Watching her effortlessly lead the class while doing movements I could barely keep up with was intriguing and slightly disconcerting. 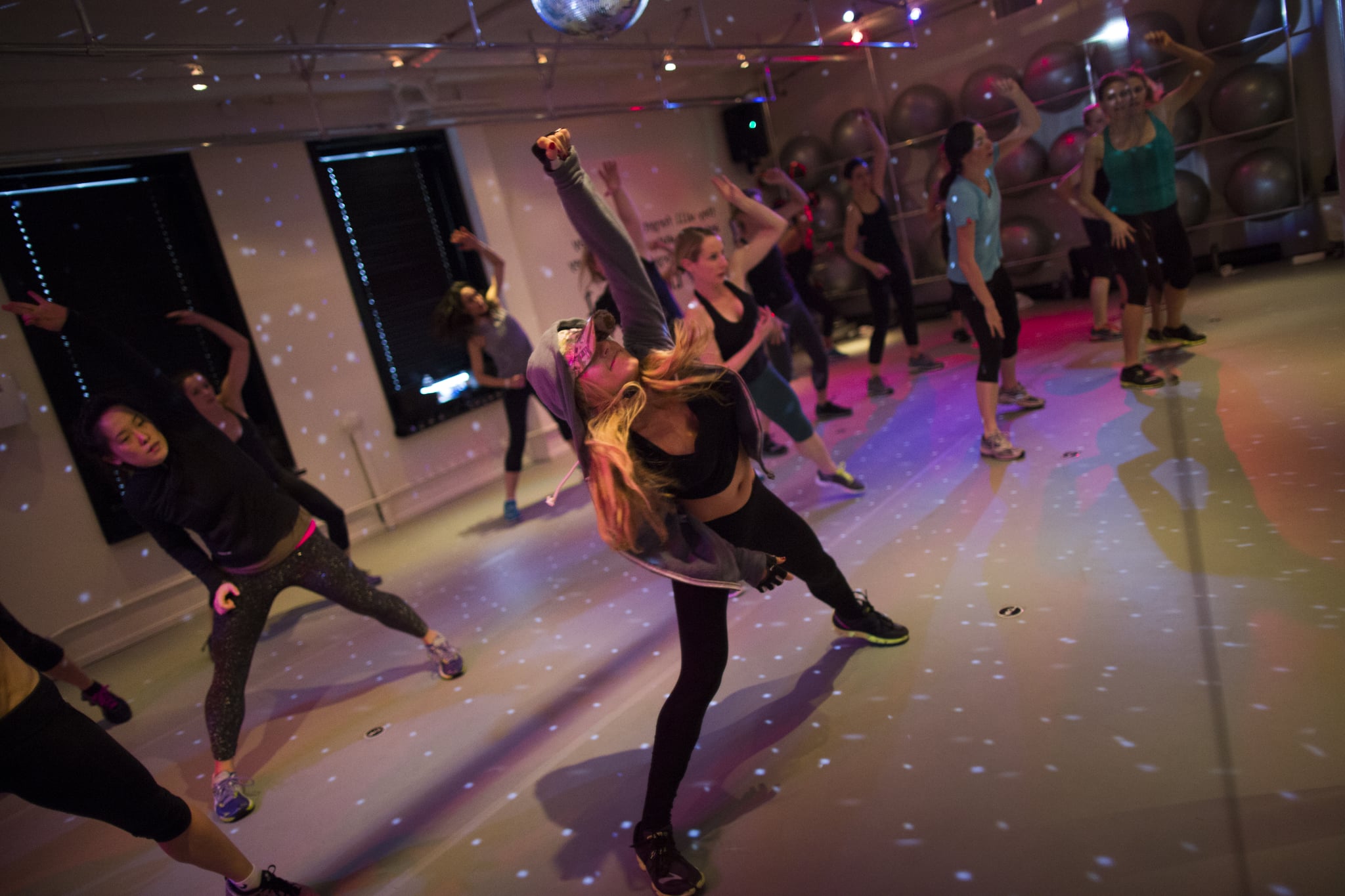 One thing that stood out was the heart rate element, which allowed everyone to put their stats on a monitor and vie for a spot on the leaderboard. This was really personal because I was able to hold myself accountable for getting the best workout possible.

"The different thing about it is that it's set to heart-pumping music and a crazy motivating atmosphere, and it's not just timed intervals," Anna said. "You get everything you need in an hour without wasting a single moment." The advice of hers that resonated most was to not just check the box but to really make the most of the precious time you commit to a workout.

I walked out of the building feeling more accomplished and sweatier than I do after my normal workout, and it gave me a bit of a wake-up call. Since that day, my perception of working out has changed from daunting task to an exciting opportunity to experience new things. I've learned more about my current physical state and am committed to making progress. There's so much out there in the world of fitness that makes it possible to achieve any goal.