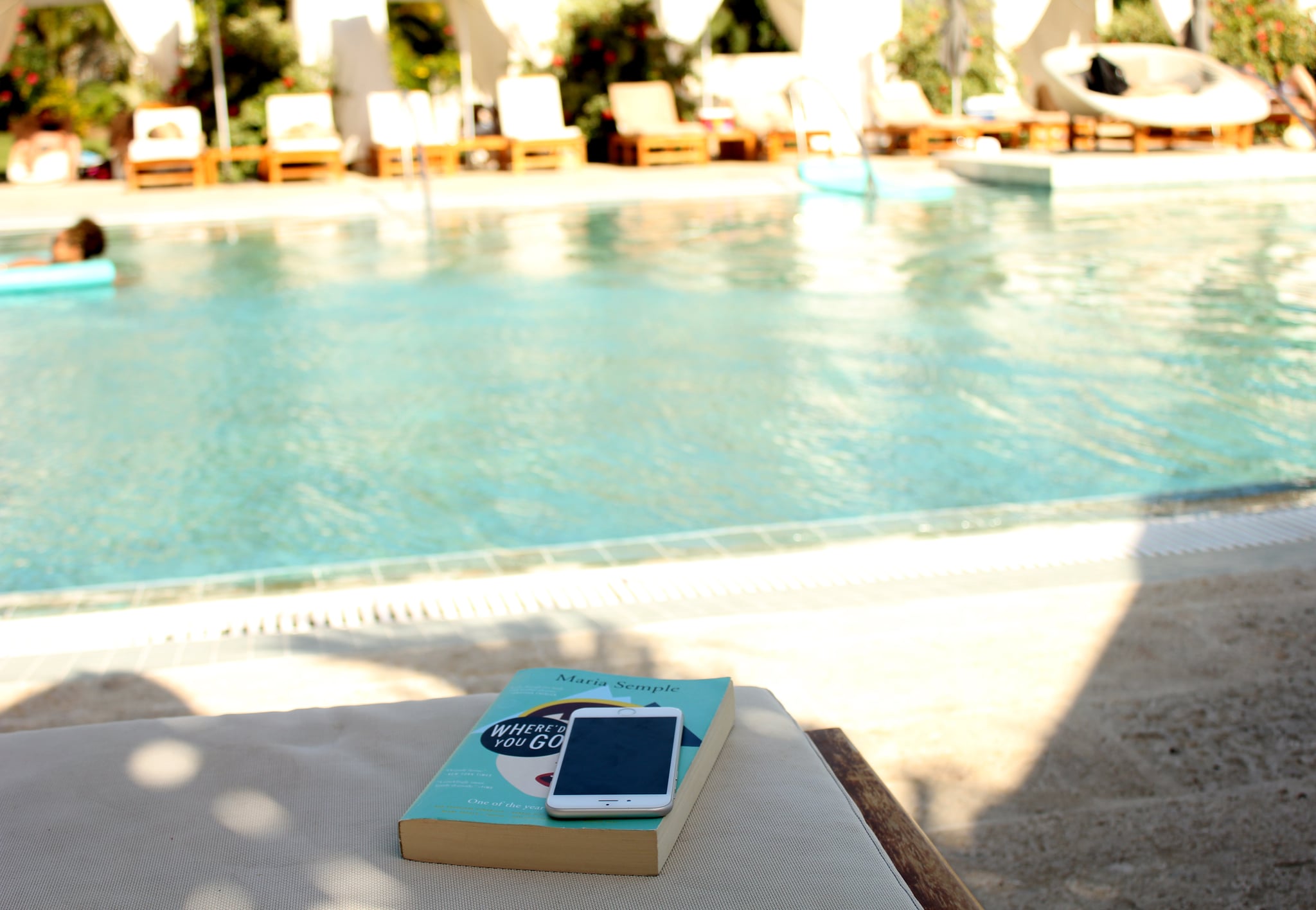 According to science, a number of women around my age have an aversion to the word 'moist.' I don't take issue with that particular word—it's 'relax' that really does me in.

I hate everything about it, and everything that comes with it. I hate naps, yoga, and meditating. I can't sit on the beach for longer than 10 minutes without getting antsy, and I really, really, can't sit still for a massage. If I make it through a manicure and a pedicure in the same day, it's a real accomplishment for me.

This is why I am perhaps the least ideal candidate to test out Dubai's new flotation center, and the very thought of having to lay still in a tub of salt water for 30 minutes makes me twitch with anxiety.

I realize that all this can't-sit-still nonsense is a little crazy, and as I'm a few days shy of my 28th birthday, I decided to try the flotation tank in an effort to calm myself as I head into the final stretch of my 20s.

Floating in a tub of saltwater apparently has many benefits: it's great for athletes and can relieve them of lactic acid buildup in overworked muscles. It can increase brain function, makes you more fertile, eliminates jet lag, cures hangovers, and, if you do it for 60 minutes, it's as good as getting 4-6 hours of heavy sleep. I figured that if it could do this much for me, I had better get myself in a tub ASAP, but I was still hesitant. What was I supposed to do in there? Was there a way to sneak out, dry my hands, and check my phone? Would they maybe have a little screen where I could watch the news? I'd even have settled for the spa's promo video on a loop.

These were the thoughts running through my head when I arrived at the flotation center yesterday afternoon. I showed up with an open mind, though, and was led into a 'flotation cabin,' meaning I'd be having my session in a small private pool as opposed to a pod (which looked eerily like an MRI machine).

As instructed, I took off my clothes, showered, and put the disposable ear plugs in my ears to prevent them from filling up with the salt water solution that filled the tub. Unfortunately, there was no such protection for my mouth or my nose. As soon as I waded in, the water was splashing all around, and it tasted less like the ocean as I was expecting and more like rat poison.

There's a small spray bottle on the ledge of the tub so you can clean out your nose and mouth if this happens, and fumbling for the bottle as the water burned my eyes probably took away from some of the relaxation I was promised.

This was quickly turning into an I Love Lucy sort of experience, and when I finished cleaning out my eyes, I discovered a set of four buttons inside the tub. In all fairness, I was given instructions, but the only thing I remembered was that the red button was only to be pressed in case of an emergency. At this point, I was still on my back, and could only really see the buttons out of my peripheral vision. The reason I was still on my back is that my head and my limbs felt heavy, and I could not quite figure out how to maneuver through the thick, salty water. I grabbed hold of a handle behind my head and pulled myself over to the buttons. I pressed all three at once.

Spa music started playing at rave music volume. The lights in and surrounding the tub that were previously pleasant and even subtle turned blue and then haunted-house-red. I felt some sort of drain or whirlpool beginning in the center and immediately put my hair in a bun, nervous that my ponytail would be sucked in and I'd be stuck forever.

Then I heard my phone ring (despite the sign to keep phones on silent), and I knew it was time to get out. I was bored, or anxious, or some combination of the two, and I would've gotten out if it had been the Grim Reaper calling to summon me.

My issue wasn't that I couldn't relax: it's that I literally don't know how. I never do one thing (float, get a manicure, even work) without simultaneously doing something else, and being alone in that tub made me feel, well, very alone.

This introspective moment wasn't strong enough to convince me that I needed to stick out the 30-minute session, though, and I pulled myself into a sitting position before getting out of the tub. This proved to be more difficult than I thought because the saline solution makes your skin slippery, as if you've just rubbed thick oil all over your body. As I struggled to get out, a thought popped into my head: I'm even crazier than I thought. What was supposed to be one of the most relaxing things a human could experience turned into a near-panic situation for me. The things typically associated with relaxation-- steady heartbeat, sense of calmness-- only came to me once my phone was in my hand.

Not wanting to offend the nice people who ran the place, I saw only one option: I had to wait out the rest of my session, and pretend that I was in the tub. The room is private, so they had no way of knowing that I had gotten out, but I didn't want to emerge from the room so early, admitting to the spa (and to myself) that I'd rather live with my lactic acid and fatigue and whatever else I was on the cusp of curing than be stuck staring at a ceiling for 30 minutes.

So there I was, perched naked on the ledge of the tub, a little chilly, but smiling, phone in hand. I watched a clip of Storm Troopers dancing to Single Ladies on YouTube. And I was happy…I think.

Is the issue that I just don't like relaxing in flotation tanks? Or is the issue that I can't (and refuse to) be alone with my thoughts? Is this even an issue at all? Why "relax," really, if I'm much happier with two laptops propped up on my couch, Googling "best dog Halloween costumes" on one and watching Netflix on the other?

Maybe there is something healthy, beneficial, or even necessary about unwinding and unplugging, but for now, it makes me uncomfortable and unpleasant, and so I don't want to do it. Perhaps I sound like a petulant child, but not having to do things you don't want to do is the greatest perk of adulthood. That and being able to watch all the YouTube I want.