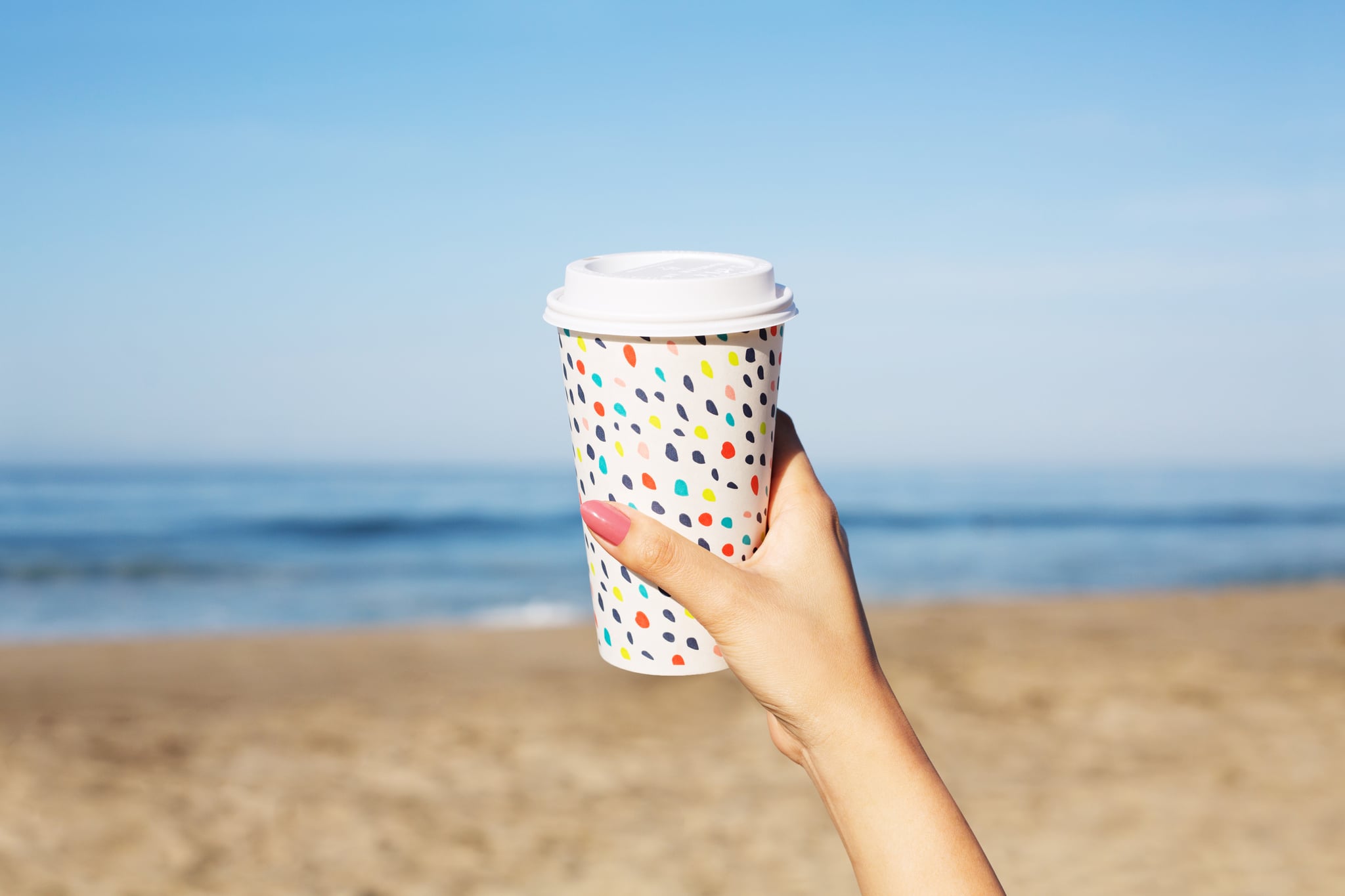 I recently fell off the fitness wagon — hard. I honestly couldn't tell you what the catalyst was for my downfall from fairly healthy human into full-blown sloth, but I just couldn't talk myself into working out or caring much about what went into my body anymore. Instead of taking cycling classes several mornings a week and enjoying the occasional dance class, I started thinking of the walk between the fridge and my couch as an acceptable form of cardio and let buckets of coffee replace exercise as my morning jolt.

Sure, this behavior was a blast for a week or two, but before I knew it I was 6+ weeks deep into the sedentary blob lifestyle and feeling . . . not great. It was time to face the facts: I was in a rut. Also, my pants didn't fit.

Inspired by my coworkers' seriously impressive wellness experiments, I decided that undertaking one (small) healthy experiment of my own probably wouldn't kill me, and might even be the nudge I needed to get my general health game back on track. So in the name of zipping up my jeans and giving my couch a night off sometime in the near future, I volunteered myself for a low-key wellness project that seemed like it could get me into a healthier frame of mind again: quitting caffeine cold-turkey for a week.

I should probably apologize now to anyone who interacted with me during those first two dark, caffeine-free days (withdrawal headaches are not a joke, people), but by day three, I started to notice some differences in my mindset and body that made it worthwhile. So will I be cutting out caffeine forever? Absolutely not. Did I have a small cup of coffee this morning to celebrate finishing this little project? You bet. But moving forward, I'll think of caffeine as a treat instead of a necessary component for survival in my food pyramid. And I'll keep in mind that sometimes all you need to snap out of a rut is a tiny reminder that you're capable of getting yourself back on the fitness wagon every time you fall off.

Below, I spelled out 4 benefits I noticed from my caffeine-free week, from a change in my diet to a shift in my mental state. Dare you to try it next!

1. Breakfast Made a Comeback

I always thought of myself as someone who ate breakfast religiously. That's because prior to my workout slump, I had been. The only way I survived all those morning cycling classes without passing out and/or wanting to die was by fueling up beforehand. But when I was forced to skip my morning coffee, it hit me that my breakfast routine had apparently gone out the door along with my workouts. So instead of starting my day by guzzling a vat of caffeine and calling it a meal, I got back into the habit of eating a piece of fruit and toast or whipping up some oatmeal in the mornings. Another bonus from replacing morning caffeine with food: I felt like I made some better food choices at lunchtime because I wasn't completely starving by mid-day, too.

2. I Was Noticeably Calmer

Like many people, I've found that my anxious tendencies have definitely gotten worse with age. And even though I've known for a while that caffeine probably wasn't helping in that department, I had no idea just how much it exacerbated my symptoms until I went without it. After the first 2 days, I found that I fell asleep quickly (something that really isn't easy for me) and was generally less on edge throughout my day, even if everything didn't go as planned. Seriously, this perk alone made the experiment worthwhile for me!

3. I Was Way Less Bloated

Most of my beloved caffeinated drinks also have sugar in them (or artificial sweetener) which — fun fact! — causes bloat. Boo. Swapping out my regular rotation of Diet Coke, Diet Snapple, and coffee with sweetener in favor of plain seltzers and warm water with lemon made my usual case of afternoon bloat disappear almost completely. Do I actually like plain seltzer and warm water with lemon as much as Diet Coke, Diet Snapple, and coffee with sweetener? No, I'm not a monster. But sitting all day at your desk feeling uncomfortably puffy is the actual worst, and zipping up your pants without having to lay down is pretty awesome. So, there you have it.

4. My Sugar Cravings Went Away

Aside from easing bloat, the reduction of sugary-tasting drinks in my diet actually reduced my cravings for sugary foods, too. Apparently even drinking or eating artificial sweeteners (the ones I most often use) can dial up your cravings for sugary treats across the board. By the end of my caffeine-free week I wasn't craving something sweet after eating something savory anymore, and I actually caught myself describing a snack as "too sweet", which has definitely never happened before.