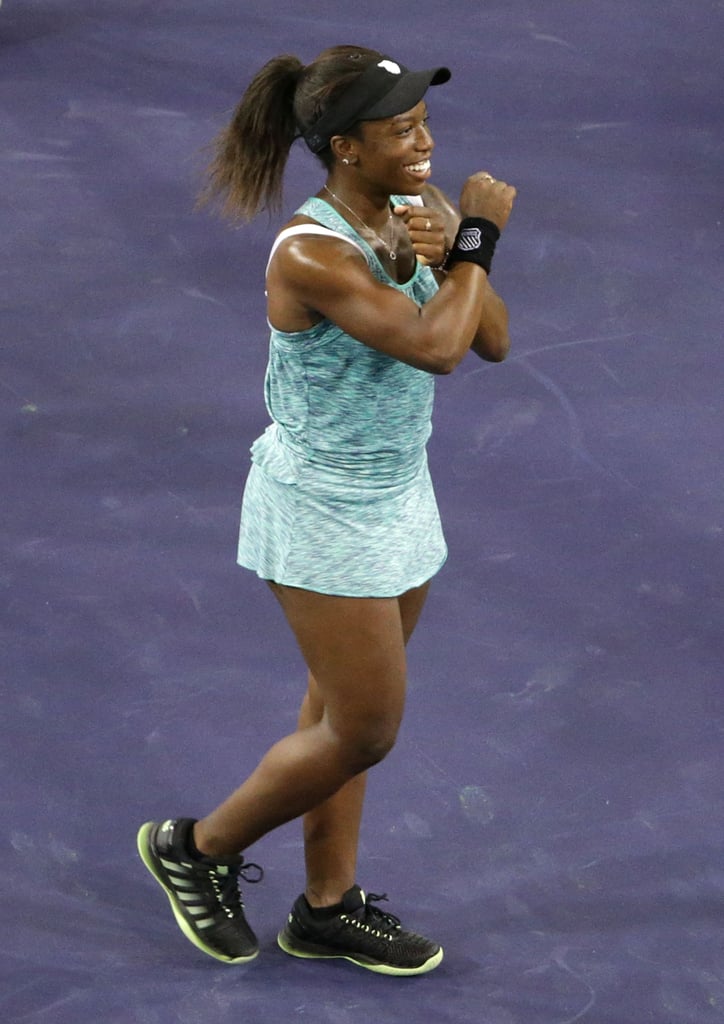 Marvel's Black Panther isn't just having a moment — it's a full-blown pop culture phenomenon to be remembered for years to come. In less than a month following its release, the movie has broken several box office records, already surpassing the $1 billion mark. Beyond that, Black Panther has inspired viewers and given black children a superhero they can relate and look up to.

It should be no surprise then, that the exciting action movie has also inspired athletes of all backgrounds and sports. This past month, as Slate pointed out, several black athletes have been using the "Wakanda Forever" salute to celebrate victories or simply demonstrate confidence.

The empowering salute has so far been used by everyone from NBA players to tennis athletes and even soccer stars. Ahead, learn more about the trending gesture and the athletes who have demonstrated it.