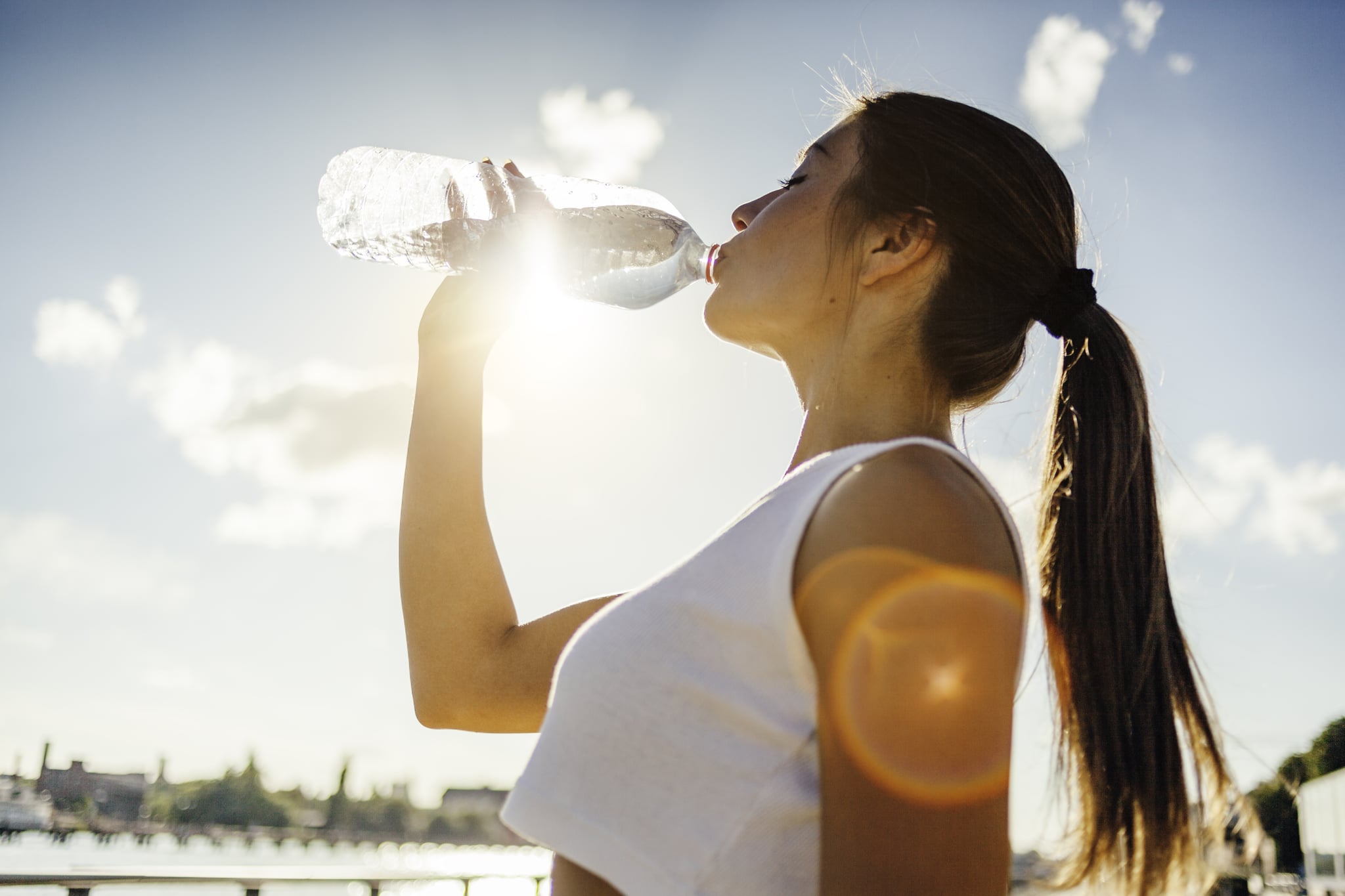 If you're looking for ways to boost your metabolism, we've already covered the basics: you should strength train, eat more lean protein and healthy fats, consume less sugar, and simply add more activity to your life. One thing that experts can't quite seem to agree on is the effect of drinking water on your metabolic rate (which is what people are really referring to when they talk about metabolism). Your metabolic rate is the complex process of how your body produces energy from fat, protein, and carbs/sugar and how it then stores that energy.

Some studies have indicated that cold water, specifically, does the trick in boosting metabolism. For example, a small one published in the Journal of Clinical Endocrinology & Metabolism in 2003 found that drinking 500 milliliters of water increased metabolic rate by 30 percent for over an hour. Others have argued that there's nothing to really say about the effects of cold water on metabolism because it causes only a small increase in the energy you expend. We recruited the help of two experts to sort it all out.

Related:
Trying to Boost Your Metabolism? An Expert Says These Are the 2 Things That Actually Work

Does Drinking Water Boost Your Metabolism?

We've talked to registered dietitians before who have said no. But on a scientific level, Albert Ahn, MD, clinical instructor of internal medicine at NYU Langone, said the answer is technically yes. When you drink ice-cold water, the process of thermogenesis, or "bringing the temperature of the water from ice-cold up to body temperature, does expend energy," he told POPSUGAR. "You're making your body work a little bit more, burning more calories." The amount of calories you're burning, however, isn't super significant. He went on to say that it may add up over long periods of time, "meaning if you drank four or five cups of ice-cold water every day for the rest of your life, that wouldn't be an insignificant number of calories burned from doing something that is healthy for you in the first place."

Rocio Salas-Whalen, MD, from New York Endocrinology, similarly said that drinking cold water acts as a thermogenic to increase your metabolism, though she noted that this increase is only temporary — as seen in the Journal of Clinical Endocrinology & Metabolism study where metabolism increased 30 percent in participants for over an hour — so you should be drinking H2O throughout the day. Some studies didn't show a significant metabolic increase, she said. Overall, Dr. Salas-Whalen said it does help to drink water, whether you're looking to speed up your metabolism or not, stating, "I continue to say that drinking water will help with your metabolism and with your weight. As long as it doesn't hurt, if it can help, I always encourage that."

Water does a lot of things for your body, Dr. Ahn explained. It keeps you hydrated, "keeps your kidneys happy, it keeps your muscles happy" . . . the list goes on. Neither the CDC nor the FDA has recommendations for the amount of water you should have per day, but generally, people should stick to 64 to 80 ounces daily, and 80 to 100 ounces if they're more active, Lisa Eberly-Mastela, RD, MPH, told POPSUGAR in a previous interview.

Dr. Ahn wanted to note that even though there are ways to boost your metabolism, "the main determinate of your metabolic rate is really going to be age and genetics." Dr. Salas-Whalen further added that there are things we can't control that slow down our metabolism, naming age and genetics specifically. But the one thing we can control when it comes to metabolism is sticking to lifestyle choices proven to help counteract this: we can lift weights, get at least seven to eight hours of sleep, eat protein, and, yes, drink water throughout the day (it couldn't hurt).

Bottom line? As Dr. Ahn so kindly advised, don't go on an "ice water diet," because you're "not going to lose your weight doing that." Do keep hydrated, though. "In general, increasing intake of water, excluding certain patient populations, is going to be good for your health regardless," he said. And don't we want to stay healthy? Why yes, yes we do.