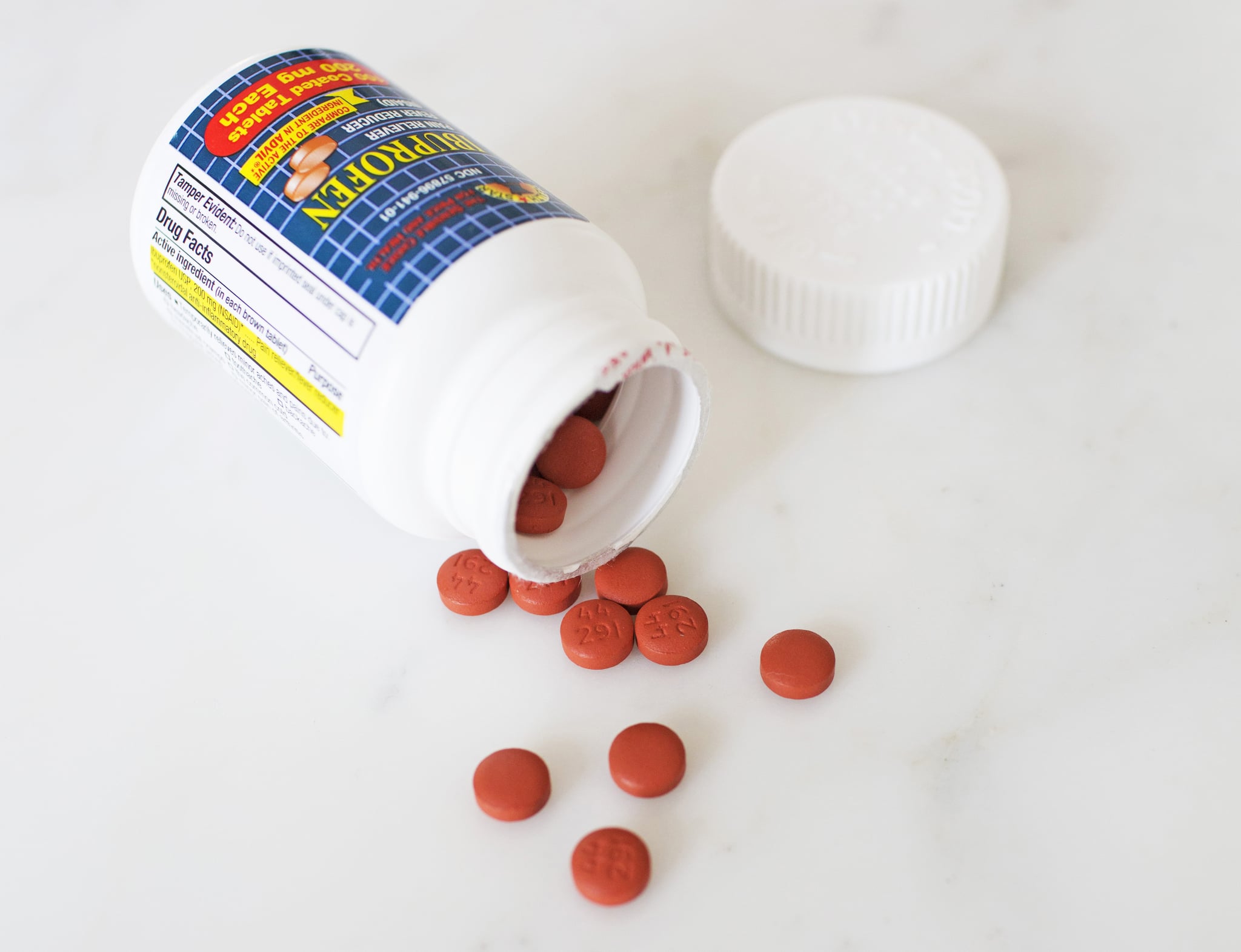 When we're sick, we may use words like ibuprofen, the active ingredient in over-the-counter pain relievers like Advil and Motrin, and aspirin, the common name for acetylsalicylic acid, interchangeably, but they are actually not the same thing and play fairly different roles in many aspects of medicine. Ibuprofen does not actually contain aspirin — it contains different active ingredients and they are different drugs, but they are related.

Both drugs also affect your body's ability to form blood clots. Since aspirin tends to thin the blood more than ibuprofen, it should be avoided by people with "bleeding problems," according to Dr. Ali, but "for that reason, aspirin is used for people who NEED to thin their blood" like patients with a history of heart attacks or strokes or someone whose blood vessels are partially blocked by cholesterol. But do note this use of aspirin should be only under the direction of your doctor. If you're gearing up for a surgery or already have an injury, you need clotting, so you'll often see ibuprofen recommended for specific short-term problems and aspirin for longer-term cardiovascular health. "Both work by inhibiting platelets (the cells in blood that help form clots to stop bleeding), but aspirin will continue to work on platelets for five to seven days after you stop taking it. Ibuprofen, by contrast, stops influencing platelet activity after 24 hours," explains Dr. Hollingsworth. Since aspirin can affect blood clotting for up to a week, he adds, "Ibuprofen is a better drug for short-term treatment of pain, fever, and inflammation."

The Issue of Ulcers

While it may be successful at reducing blood clots, "Aspirin is an especially known for causing gastrointestinal bleeding and ulcers," says Dr. Axe, founder of DrAxe.com and bestselling author of Eat Dirt. Anyone can develop a stomach ulcer while taking it. Yes, that's right — anyone. "Being over 60 years old, smoking cigarettes, having multiple medical problems or having a family history of ulcers puts you at an even greater risk of experiencing stomach bleeding," says Dr. Axe, so these populations should discuss OTC pain relief options with their physicians.