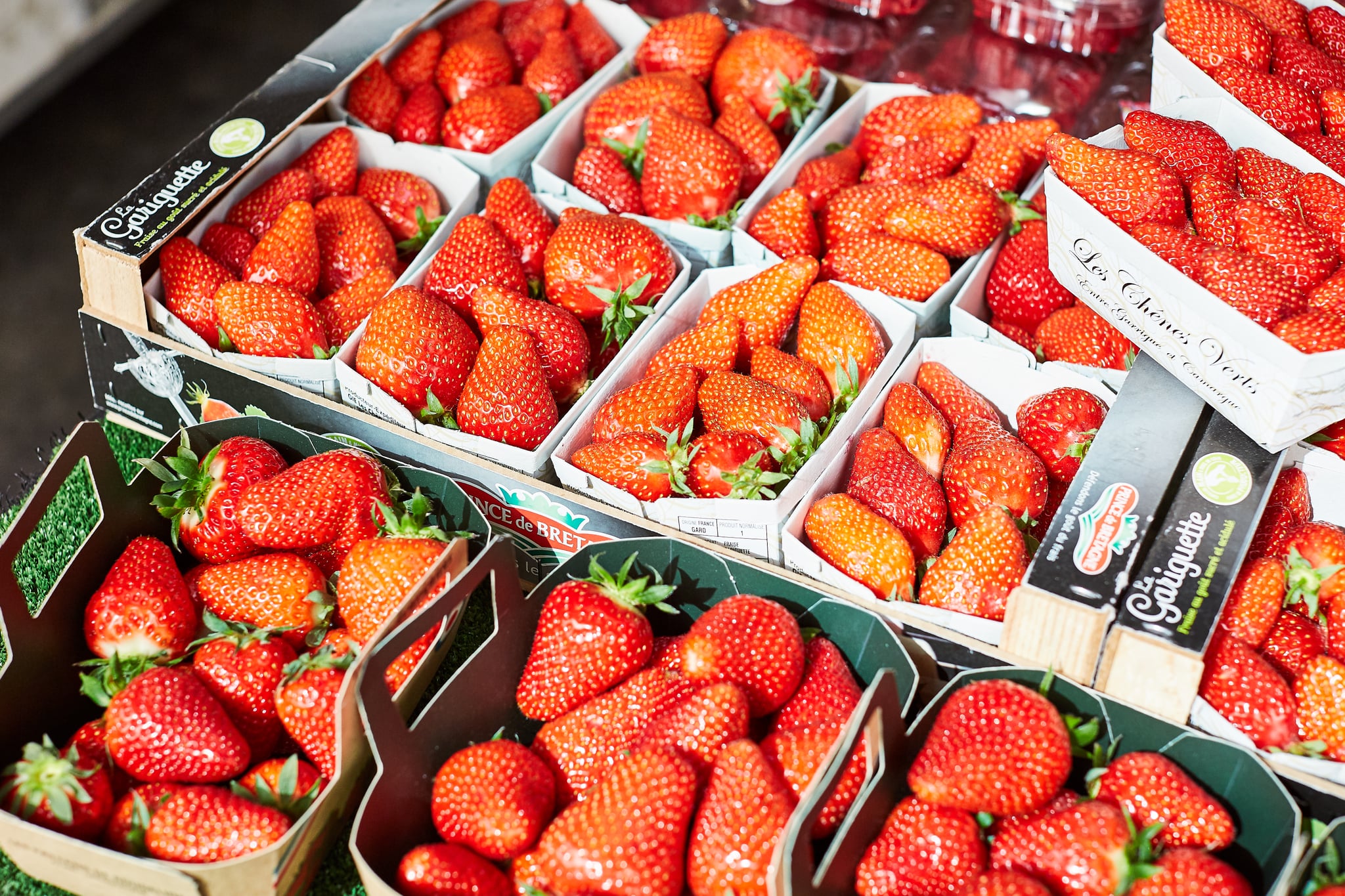 Next time you hit the grocery store, you might want to hold off on buying non-organic strawberries. That's according to the Environmental Working Group's (EWG) 2018 list of the "Dirty Dozen," an annual guide of pesticides in non-organic produce. For the 2018 list, strawberries come in first as the most contaminated, followed by (in order of contamination) spinach, nectarines, apples, grapes, peaches, cherries, pears, tomatoes, celery, potatoes, and sweet bell peppers, with hot peppers as a bonus number 13.

The findings are based on tests conducted by the US Department of Agriculture (USDA) and the US Food and Drug Administration (FDA) on more than 38,800 non-organic samples of produce. A total of 230 different pesticides and pesticide breakdown products were found in the tested produce, according to the full 2018 report. The report also found that one-third of all conventional strawberry samples contained 10 or more pesticides, and one strawberry sample contained a whopping 22 pesticide residues. It also found that 97 percent of conventional spinach samples contained pesticide residues and had relatively high concentrations of permethrin, a neurotoxic insecticide.

The full guide ranks 48 types of popular produce, and the EWG also releases a list called the "Clean 15" of the 15 least-contaminated produce. Avocados are the cleanest, with fewer than one percent of conventional avocados testing positive for pesticides, and only one pesticide found on any of the 360 avocado samples. The other cleanest produce (in order of least contaminated) are: sweet corn, pineapples, cabbages, onions, frozen sweet peas, papayas, asparagus, mangoes, eggplants, honeydew melons, kiwis, cantaloupes, cauliflower, and broccoli.

That doesn't mean you need to swear off strawberries for good — you just may be better off buying organic strawberries rather than conventional. The Dirty Dozen is a guide for produce you should buy organic; organic fruits and vegetables are grown without pesticides or synthetic fertilizers, according to USDA regulations. The Clean 15, on the other hand, is a helpful guide for when you want to save your money and buy conventional produce instead.