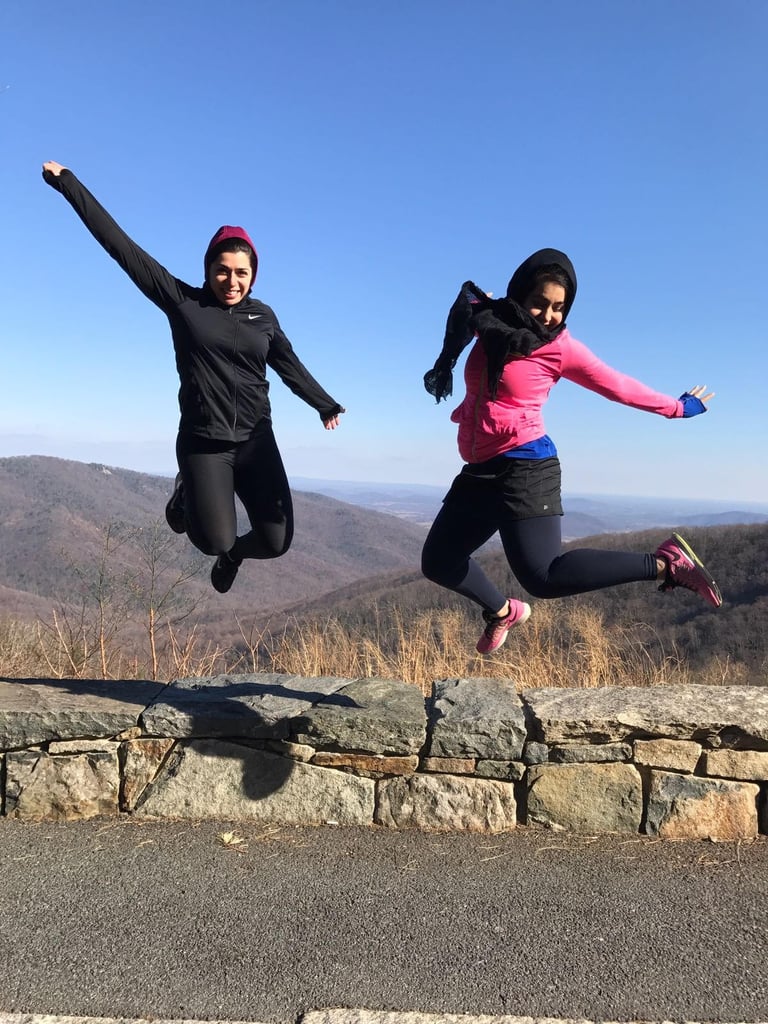 A career in sports and fitness (and we don't mean working out a couple of times a week) takes a lot of hard work and dedication. But what about life as a veiled female in this arena?

Yasamin Kubba, 28, (@YazFit) is an Iraqi-born woman who lives in Washington, D.C. She's a fitness coach, personal trainer and self-described "Gym Unicorn." Always an active child, she wanted a way to get pent-up energy out of her system and played basketball from second grade to senior year.

"Sports challenged me in ways I couldn't imagine. I get that same feeling from lifting weights and running long distance," she told POPSUGAR Middle East. "I started going to the gym with my mom when I was just 13. I became a personal trainer and fitness coach in my late teens."

Then there's Nour Samaha, (@noursfit), a 21-year-old Palestinian-American power weightlifter. Having three brothers, she was involved in a lot of sports growing up but started proper powerlifting four years ago after battling an eating disorder throughout her teenage years. "I felt that I was never satisfied with my appearance and developed a hate relationship towards food," she told us. "Eventually, I reached a breaking point and knew I needed to seek guidance. Once I determined I had a problem, I started to change my lifestyle up and began eating healthy and consistently. I saw improvement with my health and appearance, but I felt I needed to do more and soon enough I found weightlifting and powerlifting."

The "inner strength" it gave her in her freshman year of college helped her develop a different mindset to fitness and encouraged her to ditch the scale.

We spoke to them about what it's like to be in their shoes (or under their headscarves as the case may be) – here's what they had to say about dealing with haters, being a role model, and how to dress for the gym.