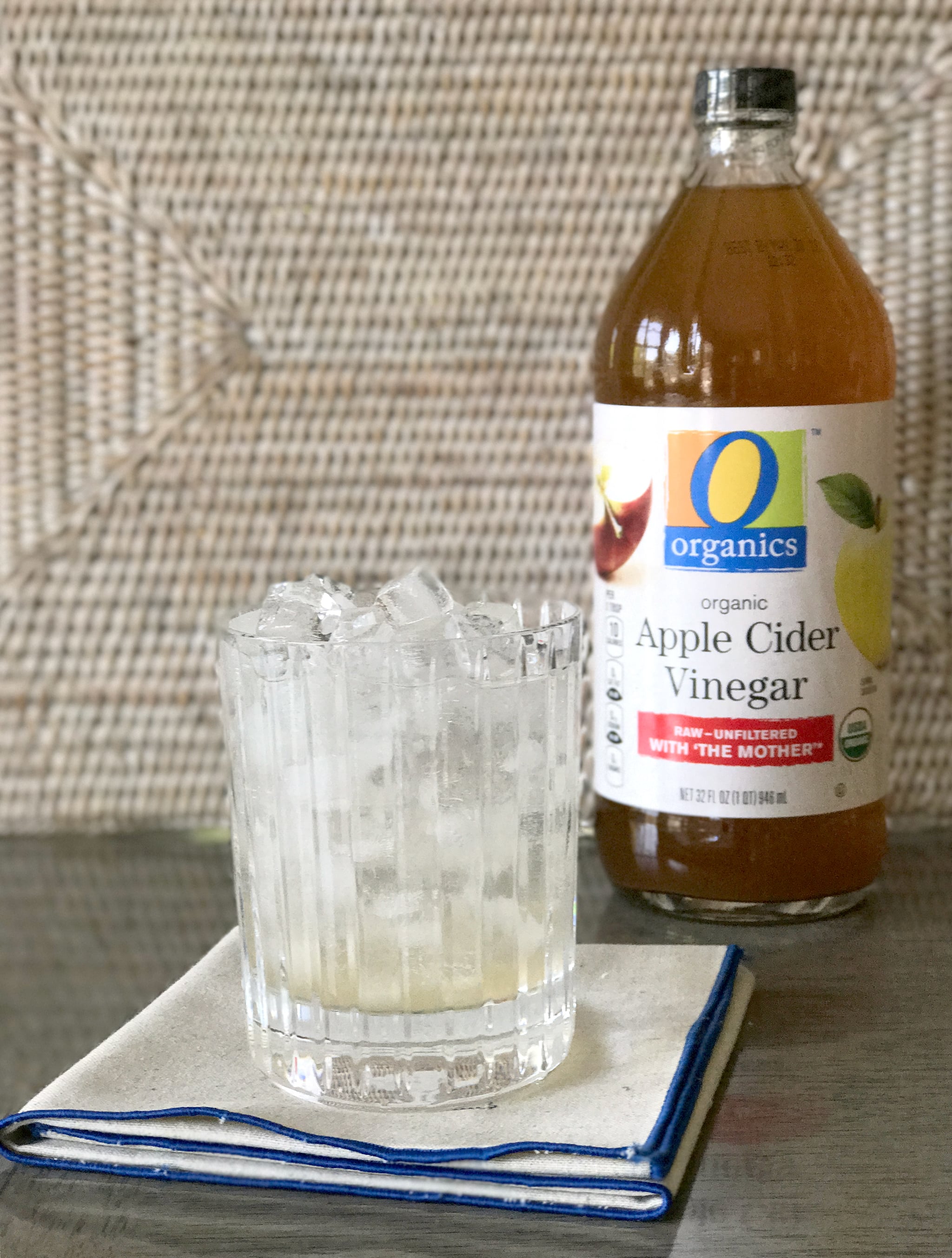 One of the habits I formed to lose weight is cutting back, way back, on my alcohol consumption. I've discovered while heavy lifting, even one drink brings on the DOMS like crazy. My trainer said the body prioritizes metabolizing the alcohol over repairing muscles or metabolizing fat. I wanted to jump back quicker from my hard workouts, so I stopped trying to decompress with liquor and started turning to an apple cider vinegar drink when a craving for a cocktail strikes.

This particular recipe (more like a ratio) calls for pouring 2 teaspoons of raw, unfiltered apple cider vinegar into an ice-filled cup and topping it with water. The process of making it feels just like a cocktail, and the tart flavor is slow-sipping, just like adult drinks. I participate in the ritual of cocktail hour without the negative side effects of alcohol. The traditional apple cider vinegar drink calls for a little bit of sweetener, about 1/4 teaspoon honey or maple syrup, but I try to avoid eating added sugars at night when I'm slowing down and less likely to burn them off through movement.

I absolutely love the aftereffects of sipping on this mocktail. After generally feeling like a wrung-out towel at the end of the day, this ACV drink perks me right up, enough so that I can hop up and cook a legitimate dinner and do the dishes without dragging my heels. I also have noticed among apple cider vinegar's endless health benefits, it aids in digestion (aka moves things right along). It's said to aid in weight loss too, which I know my dad can attest to. He was the one who introduced me to this ratio. After drinking this ratio three times a day, after three weeks, he lost eight pounds (without making any other diet or exercise changes).