After teaching yoga around the world for four years, I've noticed that there are a few postures the majority of people struggle with. Most of these are yoga poses that are on the more advanced side, but there's one beginner posture that I see people getting wrong more often than not — and that's Chaturanga.

Chaturanga is the Four-Limbed Staff Pose, and if you've ever taken a Vinyasa yoga class, you've done your fair share of Chaturangas. They're incorporated into the flow of Vinyasa, and you often move through a Chaturanga and Upward Facing Dog just before you land back in your Downward Facing Dog. Chaturanga is affectionately known as the yoga push-up, and although it's done many times in a basic yoga class, it's rare to see an instructor teach it in depth.

The most common mistake I see is that people are letting their shoulders fall too far forward, almost all the way to the ground. Yoga teachers will call this "dumping" in the shoulders. This is worrisome because it could compromise your shoulder girdle. You never want your shoulders to go below the line of your elbows, because not only does that stop you from building strength, but it could eventually cause harm in the joints in your shoulder area.

Here are the top things to keep in mind when you're doing Chaturanga:

Just like with any other type of exercise, if you don't perform yoga postures with the correct form, you could be at risk for injury. If you have trouble keeping this form when you're flowing in and out of Chaturanga, simply perform the posture on your knees. You don't have to do the full pose right off the bat. It's better to modify and build up the strength rather than do it wrong and potentially hurt yourself.

Next time you try Chaturanga and you do it with the proper form, you'll see how much harder it is, but that's exactly the challenge you're going for!

If you want to nail your Chaturanga, take some time outside of your yoga class to simply practice going from plank to Chaturanga and back again, as many times as you feel is necessary. It might even help to do the move in front of a mirror so you can see your form. You know how the saying goes: practice makes perfect. 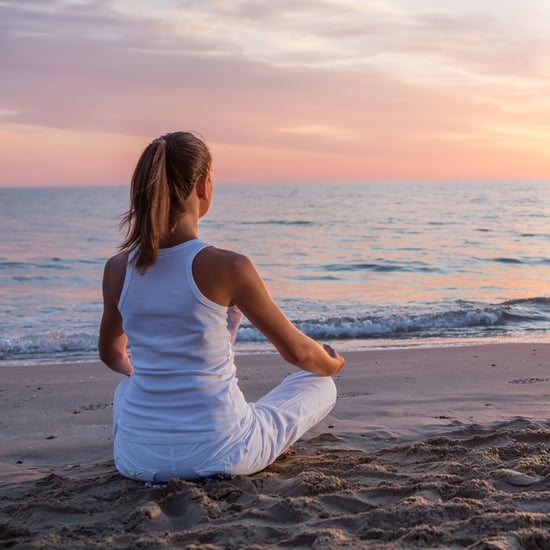 Fitness Tips
Here’s How to Get The Most Out of Your Sliders, According to a Trainer
by Lauren Pardee 11/6/20
Latest Fitness