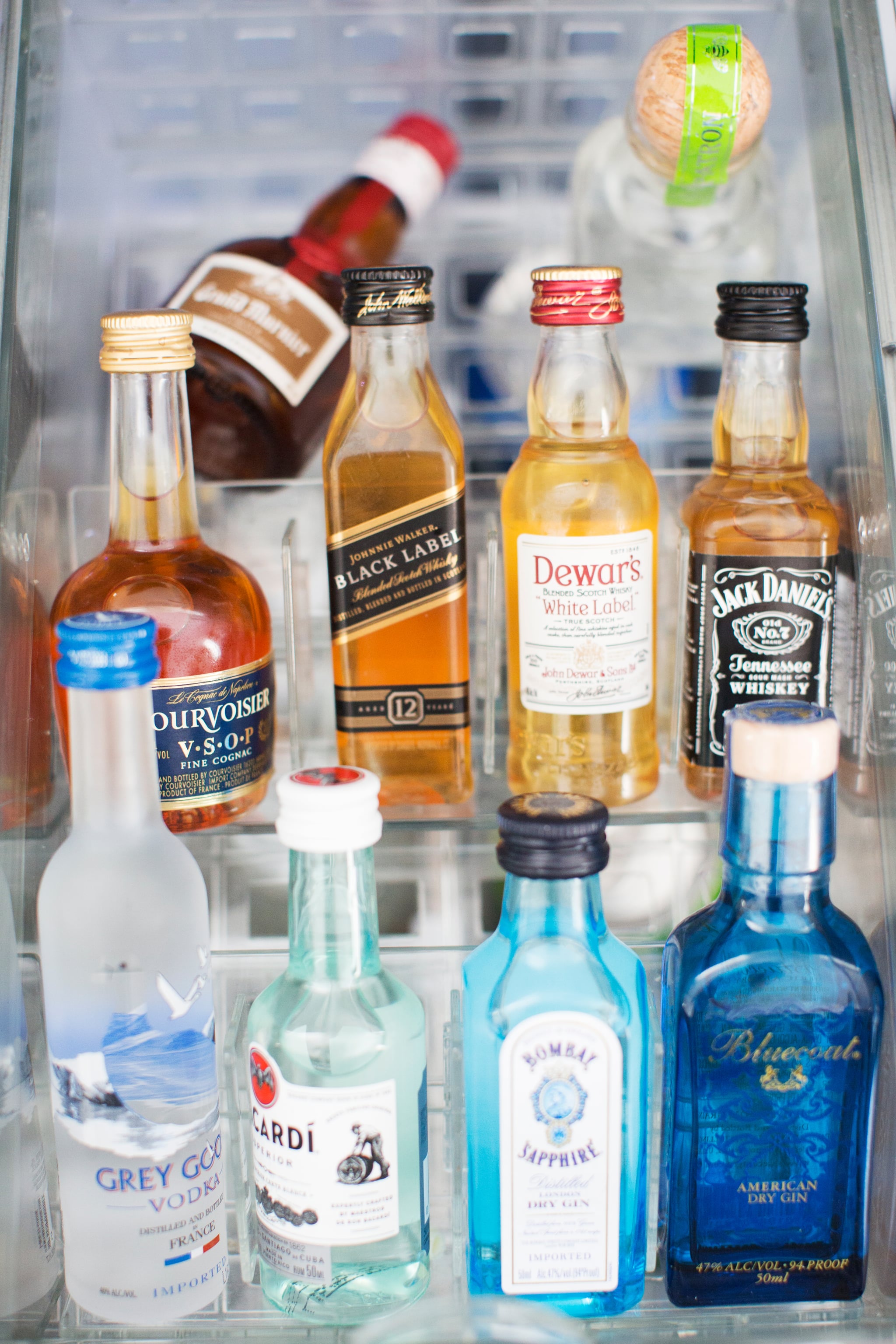 It had been nine years and two children since my last trip to Las Vegas, so when an invitation for a weekend getaway to Mandalay Bay with a girlfriend popped up, I knew I was overdue to cut loose a little bit. I also knew that I'd become quite a lightweight since then, and a night of vodka cocktails was sure to leave me hurting. Rather than accept my hangover fate (or pretend like I wasn't going to indulge a bit, let's be serious here), I did some research on the latest science surrounding hangover prevention and remedies, loaded up my Amazon cart, made some appointments, and set out to survive three days in Vegas without incident. Here's what I tried, and how it helped (or didn't).

I'd read about dihydromyricetin, derived from the Japanese raisin tree, and it's supposed capability to improve the liver's ability to metabolize alcohol. I figured my weekend in Vegas was the perfect chance to test its effectiveness for myself. The dosing of this supplement is a little loose ("Take 1-2 capsules before consuming alcohol, and 1-2 capsules each three drinks thereafter"), and since I didn't want to deal with taking pills while we were out and about, I took two pills before we headed out on our first night and I crossed my fingers it would help. After a three-Champagne happy hour at Aureole followed by a three-cocktail dinner at Libertine Social, we were feeling nice and giggly.

We made our way to Jewel Nightclub where we made friends with a bachelorette party that was eager to share their vodka bottle service with us. By the end of the night, I'd consumed as much alcohol as I do during an entire week of my typically very un-Vegas life. I wouldn't say the dihydromyricetin made me feel any less intoxicated than I'd expect to feel with that many drinks in my system, but where I'd typically expect to be on a downward path toward nausea and passing out by the end of the night, I made it to bed feeling OK. More importantly, I still felt mostly OK when I woke up in the morning. I definitely wasn't 100 percent, but I knew that with just a little help, I'd be up for another day and night in Vegas.

My first order of business after waking up was to mix up a glass of EmergenC, a pantry staple I keep on hand for immunity and electrolyte replacement. The fizziness was refreshing, and I started to feel more awake within a few minutes of drinking it. It's packed with vitamin C, B6, and potassium, all of which are depleted by binge-drinking.

After chugging our EmergenC and getting dressed, we headed down to the smoothie bar at Citizen's Kitchen & Bar inside Mandalay Bay where I had a smoothie called Five Alive, a blend of kale, beet, apple, cucumber, blueberry, and grape juices chock-full of hydration and vitamins. Although a typical "hangover breakfast" of greasy bacon and eggs did have some appeal, it was a lot easier to stomach a smoothie I could sip on than a heavy sit-down breakfast, and filling myself with nutrients instead of gravy surely did my body a favor. We double-fisted our smoothies and coffees, popped 400 mg of ibuprofen (honestly for the high-heel hangover more than the actual alcohol hangover), and within an hour of waking up our hangovers were reduced to just a mild tired feeling.

Not that I need an excuse to plan a spa day, but I strategically booked a massage at the Mandalay Spa for Saturday morning knowing I might be in need of a little TLC. Massage increases circulation, expels toxins, and reduces muscle aches, plus it feels fantastic after a night spent dancing in four-inch heels. Post massage, we spent some time in the jetted hot tub and then ended our spa day by forcing ourselves to take a dip in the cold plunge pool. No joke, I walked out of there feeling like a new woman.

We had plans to see Tiesto at Hakkasan Nightclub on our second night in Vegas, and even though we were feeling totally recovered by that afternoon, we headed into the evening with a plan. Low blood sugar can dramatically exacerbate a night of drinking, so rather than "save our calories for drinking," we treated ourselves to dinner at Bavette's Steakhouse where we got plenty of lean protein thanks to sharing a shrimp cocktail and a petite filet mignon, and complex carbs courtesy of a baked sweet potato (OK we also shared the macaroni and cheese and it was totally worth it). We also chugged water all afternoon and popped some more preventative dihydromyricetin. The night included another round of countless vodka cocktails that kept us dancing until 3 a.m., feeling buzzed but coherent all night.

We left Vegas on Sunday afternoon tired from staying up way past our bedtime and dancing with the conviction that Tiesto was playing tracks just for us, but aside from the fatigue of pretending we were 10 years younger than we really are, we felt pretty good. Even though I probably won't be drinking Vegas levels of cocktails again anytime soon, I'll definitely add dihydromyricetin and EmergenC into the girls' night out routine to prevent even the mild hangovers that have become more common in my 30s — and I'll consider spa treatments and five-star restaurants part of a healthy approach to weekends where acting my age isn't on the agenda.