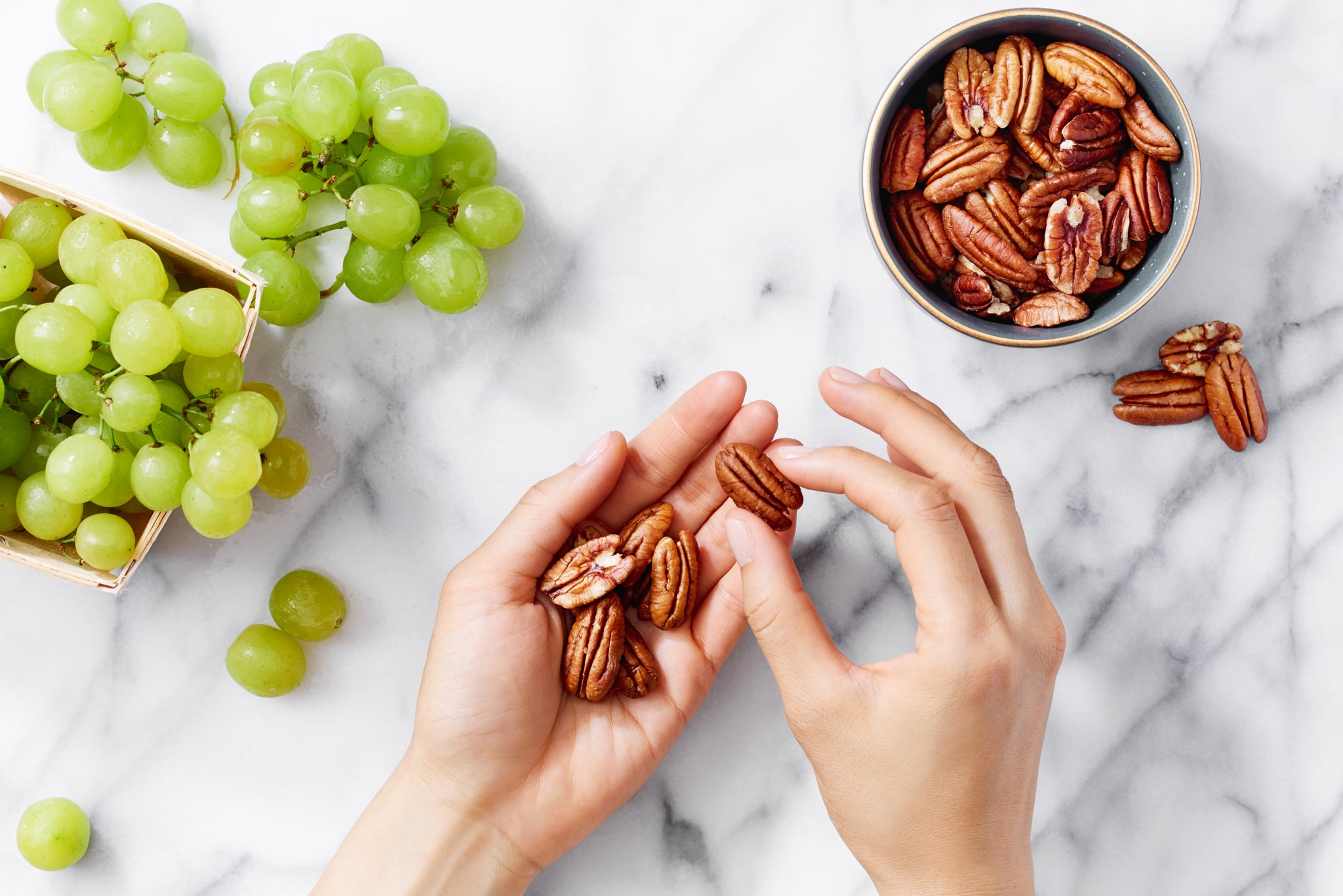 Intermittent fasting (IF) has taken off as one of the most popular ways to lose weight. And it's no surprise; some people have lost their stubborn belly fat, stopped their sugar cravings, and totally transformed their bodies. IF has also been linked to other health benefits, such as lowering blood sugar, reducing inflammation, and helping blood pressure.

Because IF has become such a popular way to lose weight, some people are curious about whether it can help women with PCOS lose weight. After all, it's notoriously hard to lose weight with PCOS, thanks to an imbalance of hormones and increased likelihood of insulin resistance. But is intermittent fasting really the key to help you lose weight if you have PCOS? We asked registered dietitian Abbey Sharp for her insight.

Related:
A Dietitian Reveals Whether You Need to Give Up Dairy If You Have PCOS

"The studies looking at PCOS and IF have found that IF may have positive effects only when it is followed strictly and accurately," Abbey told POPSUGAR. "This may be difficult since the diet can be hard to adhere to." She added that dieting in such a strict way could actually worsen PCOS symptoms since many people who lose weight, especially on a strict diet, tend to gain it back. "Dieting and restricting may lead to binge-like behaviors, which may cause weight gain and worsened symptoms," she said.

However, there are some other PCOS symptoms that intermittent fasting may be beneficial for: IF may reduce stress and inflammation, which are associated with PCOS.

Overall, she said there aren't enough long-term studies that evaluate whether long-term weight loss is sustainable with intermittent fasting. "There is some evidence that intermittent fasting is known to cause weight loss; however, whether that can be sustained is a whole other story," she said. "The short answer for whether IF is good for people with PCOS to lose weight is no. There is not enough research that IF has concrete benefits for insulin resistance. Larger-scale and longer studies needed to examine fasting benefits in treatment of metabolic diseases."

If you do have PCOS and still would like to try intermittent fasting, it should be done under careful observation of a doctor.