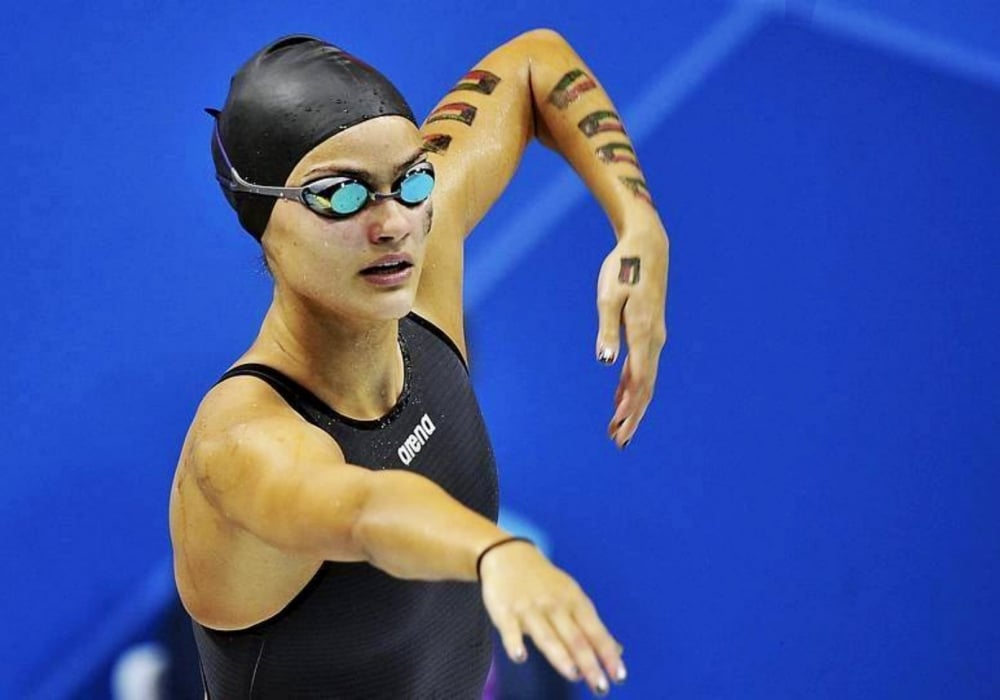 On Friday, August 5, over 11,000 athletes from 207 countries will march in the Parade of the Nations as part of the 2016 Olympics Opening ceremony.

During the Parade, countries will enter Brazil's Maracanã Stadium in alphabetical order, with one athlete from each team bearing the flag of their country. It's an iconic moment in every Olympic games, but this year, the nine Kuwaiti athletes in Rio won't be marching under their own flag.

The Kuwaiti Olympic team has been waiting for this decision for months, as it determines that no athletes will be representing the Gulf nation. Rather, members of the Kuwaiti team will be competing as neutral athletes, and marching under the Olympic flag. The only other athletes who will bear the Olympic flag instead of the flag of their own nation are those on the Refugee Team.

The ban suspends the Kuwaiti Olympic Committee from participating in any International Olympic Committee events, as well as from receiving any funding from the IOC. According to Reuters, "Kuwait and the IOC have been at loggerheads over a new sports law that the Olympic body says will undermine the autonomy of sport in the country. Kuwait argues it will strengthen the independence of sports bodies." The court also ordered Kuwait to pay the IOC $11,229, though Kuwait has 30 days to appeal the fine.

We'll be cheering on Kuwait's athletes no matter what flag they bear! Check out more of the athletes representing the Middle East below: