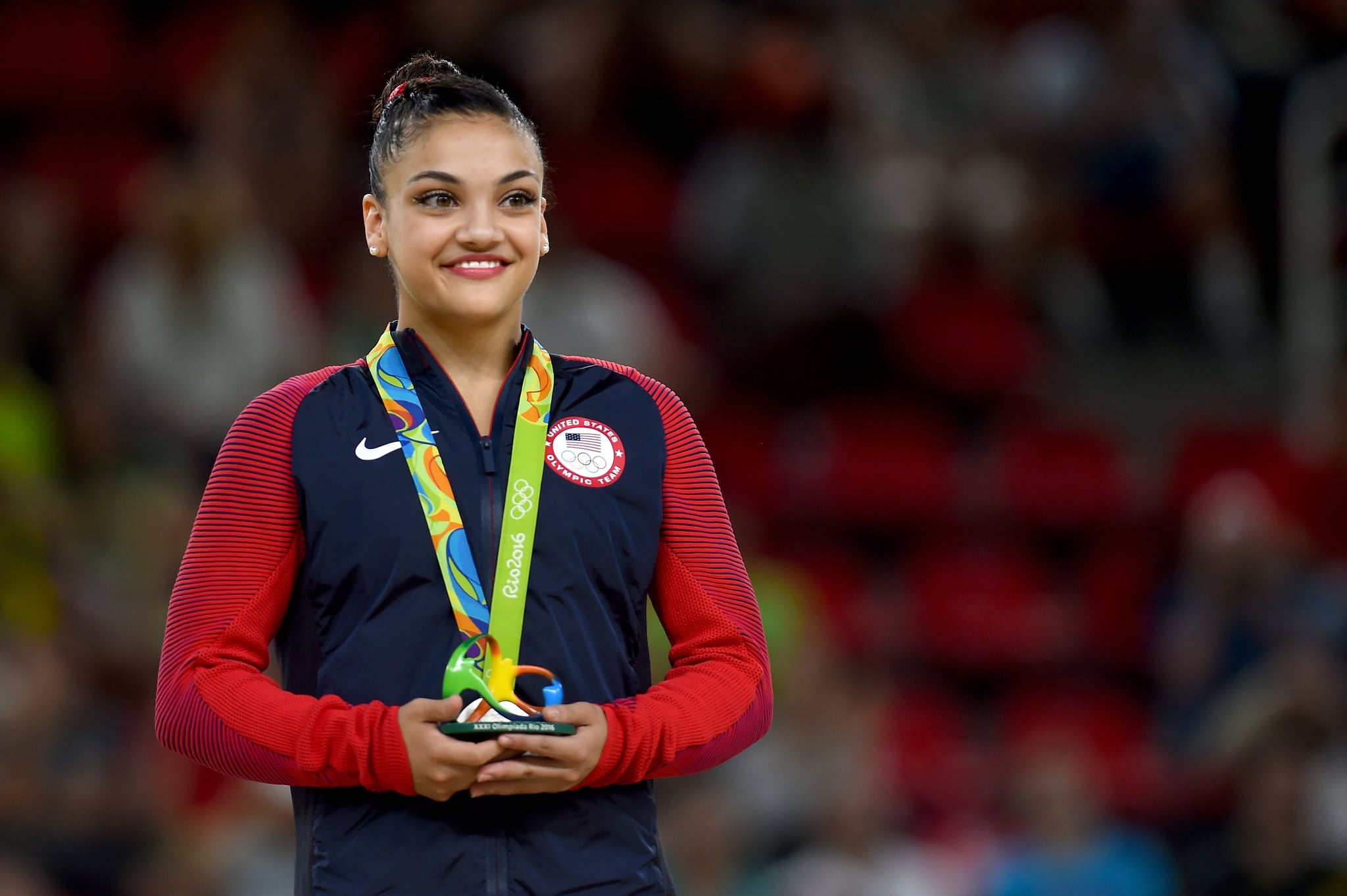 The 2020 Olympics will be here sooner than we think, and if you're like me, you cannot wait for the gymnastics competition to air. Since I don't have the power to make the Olympics come any sooner, I settled with the second-best option to get my gymnastics fix: speaking with two-time Olympic medalist Laurie Hernandez about how she's preparing for the upcoming Summer Olympics in Tokyo.

Laurie has taken time off to travel and enjoy life, but she shared with POPSUGAR that she's excited to begin competing by 2019. "It's definitely not going to be any easier, but I think going to a previous Olympics will help me because I have more experience," Laurie told POPSUGAR. Although she feels a little bit of pressure to have new and exciting routines that are just as good, or better, than her ones in Rio, Laurie is currently focused on her training. She told POPSUGAR that she's been spending more time in a regular gym than in a gymnastics facility due to her travels. "My workouts at a regular gym have changed to make sure that they're preparing me to get back into gymnastics . . . I'm doing a lot of HIIT workouts and some cardio," said Laurie.

While most of her HIIT workouts incorporate bodyweight exercises, Laurie explained that she's been adding weights into the mix because it helps strengthen her knees. "Having to tumble and pound on my knees so much as a gymnast, squatting with heavy weight has helped a lot with the amount of pressure on my knees."

Laurie has become a role model and inspiration for young kids and teenagers all over the world. She said, "Knowing that little kids are watching is definitely motivating for me because I want them to be proud. And I want them to see that anything is possible — they don't have to set limits for themselves." Laurie knows how far recognition can go, which is why she partnered with Incredible Eggs on their "You're Incredible Because . . ." contest, which allows parents to nominate and explain how proud they are of their kids. Head to the site to find out more about the competition and meet the 2018 winners.