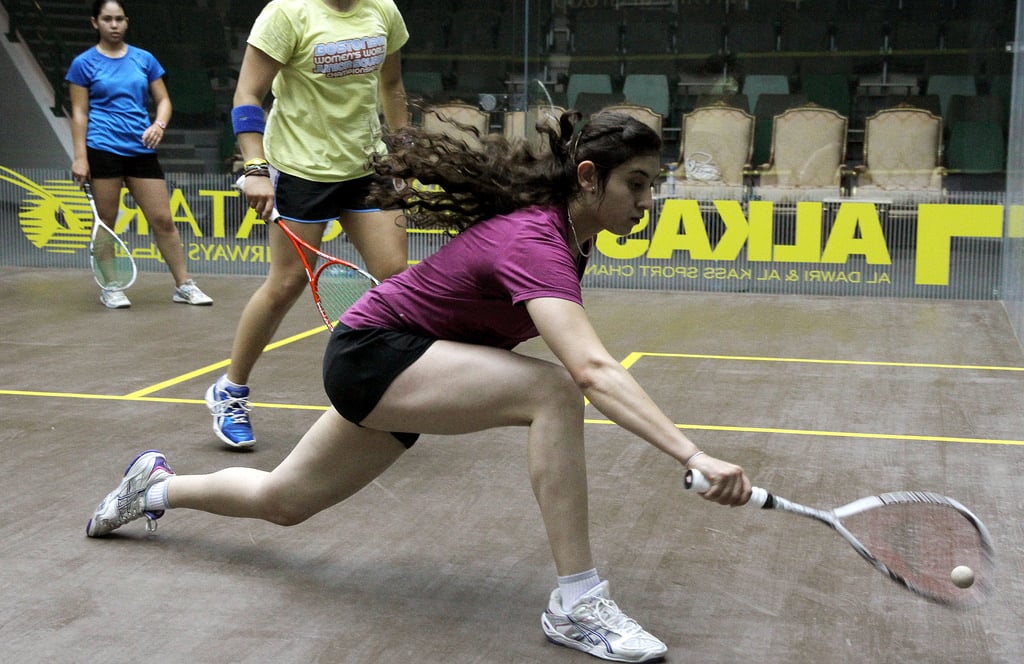 A day after her big win in Kuala Lumpur, El Sherbini was confirmed as the new World No. 1, replacing England's Laura Massaro, who has held the No. 1 position since January of this year.

El Sherbini was overwhelmed by her success, and when speaking with the PSA World Tour she said, "I'm extremely happy to become World No.1." She continued to express her surpsie, saying, "To win the World Championship and become World No.1 at the same time – that is huge for me. I didn't think it would happen this early in my career."

El Sherbini isn't the only Egyptian turning heads on the World Tour, as the female players ranked No. 6 (Nouran Gouhar) and No. 7 (Omneya Abdel Kawy) in the world are also from Egypt.

Becoming No. 1 isn't the only highlight of Nour's year, though. In addition to her new ranking, she also won "Shot of the Year" at a tournament in January. Watch her amazing shot below, and you'll see why this girl totally earned her No. 1 title!