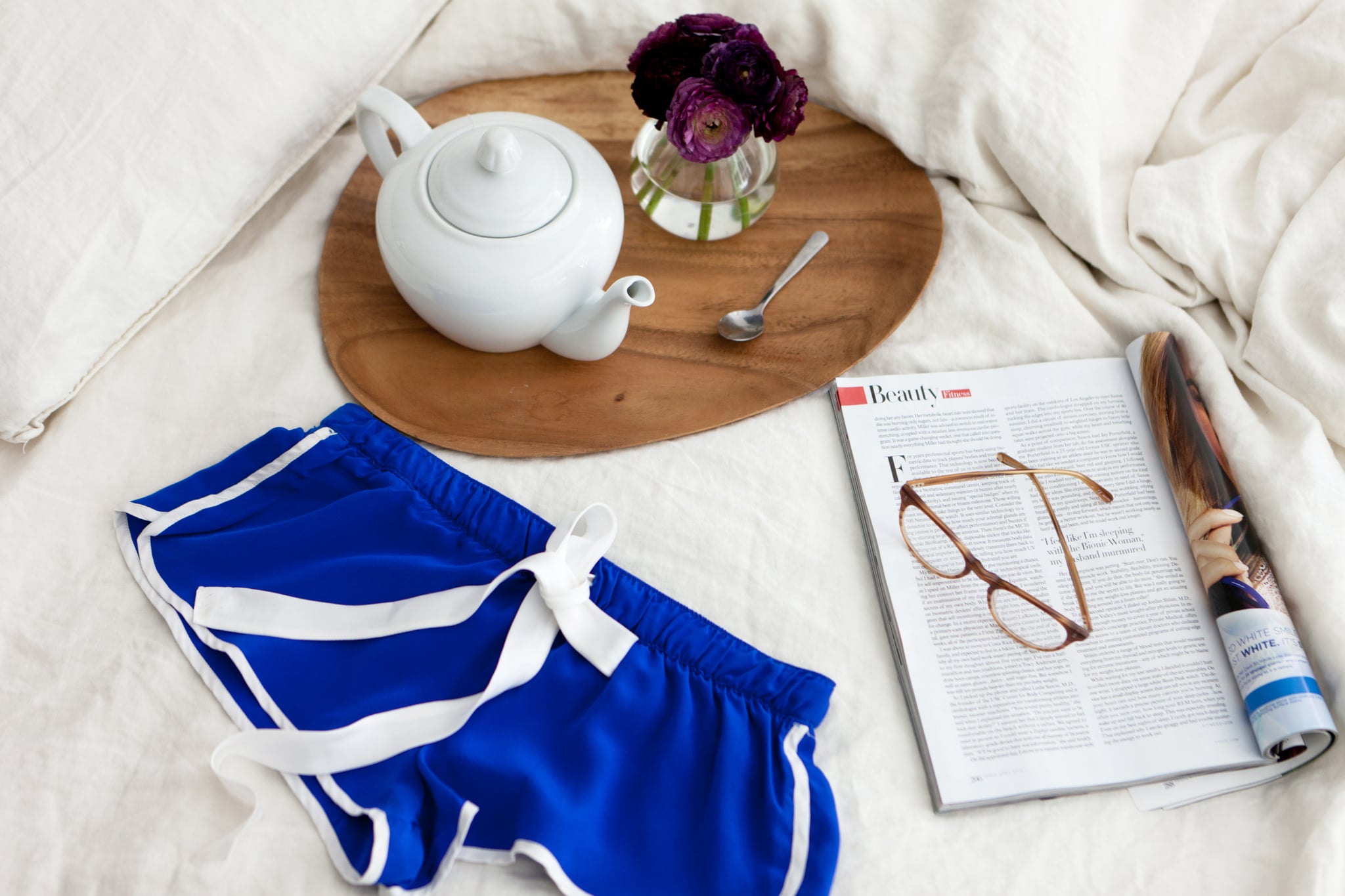 With celebrities and influencers of Instagram promoting the likes of Boo Tea and Teatox, I've been known to dabble when it comes to trying out "weight-loss" drinks. But up until recently, I hadn't found anything that doesn't make me instantly regret taking it once it begins to work.

FYI, if you get squeamish talking about bowel movements, now's the time to exit stage left.

Whether it's excruciating pains in my stomach or just a little bit of discomfort in my lower abdomen (along with the serious sweats) waking me up at night, or worse still, catching me out when I'm trying to be productive during the day, most products aren't exactly enjoyable.

But I've found an item that changes everything.

Oxi-Flush was first recommended to me by my sister, and it basically does what it says on the tin – it uses oxygen to help cleanse your colon so your stomach should be flatter in the morning. The idea is you mix a heaped teaspoon of the white powder with the juice of half a lemon and a pint of water, then guzzle down for it to start working it's magic.

Unlike some of the teas I've tried, this isn't unpleasant to drink, in fact it tastes of nothing. The only thing I sometimes have a teeny weeny problem with is swallowing the grainy undissolved bits at the bottom of the glass. Drink instantly or the formula starts to separate but you can always just give it a little stir again if you forget it's there. 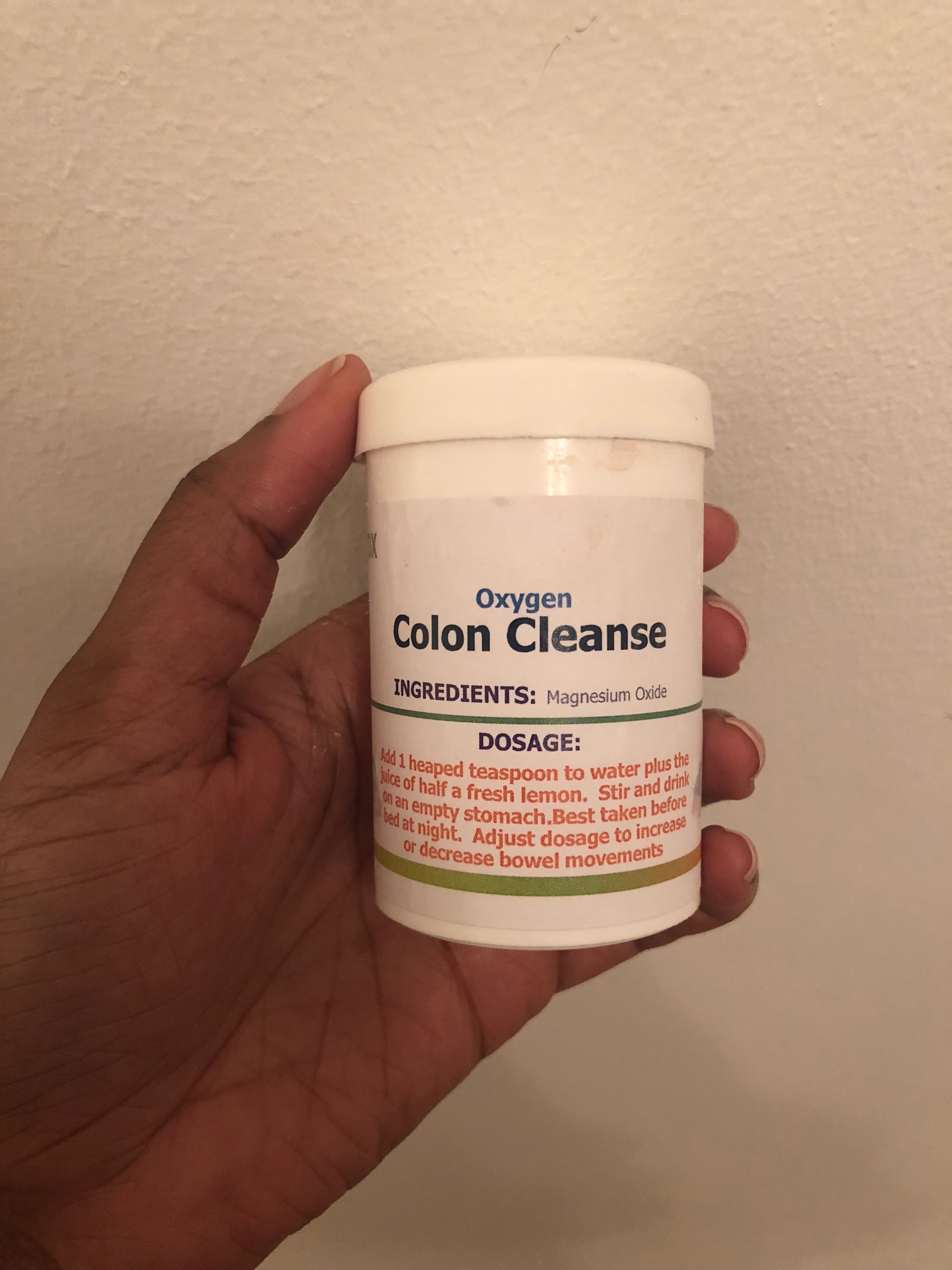 It can take anywhere from a few hours to an entire night's sleep to get going, I think, based on how much you've eaten and drunk, and how difficult it is for you to generally go to the toilet. Rather than being woken up with discomfort, with Oxi-Flush it's simply like needing to pee. But what happens next will surprise first time users. This product really goes in – breaking down blockages and toxic substances in your intestines and colon with its magnesium oxide formula. Let's just say it melts everything away to the point where you'll probably have to return to the loo a few more times that morning before leaving the house. It's extraordinary to think that there was that much to get rid of in the first place, but the first time I gave it a go there was a dramatic difference in the size of my previously bloated tummy.

Nutritional therapist, Erran Warden, warns that you haven't got diarrhea even though it may resemble something that happens after getting an infection or having a bad reaction. Neither does the formula cause dehydration or loss of electrolytes, although I do recommend guzzling lots of fluids after taking the powder mix and after releasing when you wake up so that it gets things going quickly. Even the day after taking it, you might be prone to going to the bathroom instantly after eating something.

It's recommended to be taken every other day and so one tub will last about four weeks if used sparingly. I've noticed that on days after taking it, I barely have any appetite for the whole morning, not in a way that I feel sick, I guess my stomach size is just reduced! I also feel mentally refreshed and full of energy. Makers, Mi Heathcare Plus, say that the formula helps you absorb more vital nutrients and can help you lose weight if you follow a healthy eating plan rather than just taking after fast food binge.

Oxi-Flush coast £22 and can be ordered via the Go Juice Detox website.