Video from georgia bobley on Vimeo.

I'm not an adrenaline-junkie, but I also am not one to turn down adventure. When I was presented with the opportunity to paraglide in Oman, I was hesitant: my ideal Sunday morning doesn't exactly include jumping off a cliff, but then I thought of what an amazing Instagram opportunity this could be, and I agreed. Here's what happened.

Six Senses Zighy Bay is located on the beautiful Musandam Peninsula in Oman. The hotel sits right on the Gulf, and is surrounded by mountains. Before I arrived, I'd only seen photos of the resort, but I knew that there were many Instagram-worthy moments to come. I knew I would be paragliding into the resort, so I spent much of the two hour car-ride from Dubai daydreaming about how to perfectly capture the moment. After all, this is not the first time I've literally gone to great heights for a photo op, but I felt a bit more uneasy about flying over a mountain range than I did about a gentle zipline ride across the Dubai fountain.

The road to the top of the mountain is long and winding, and even though I had the opportunity to turn back and just head straight to the resort, the fear-factor didn't fully hit me until we got to the top. I got out of the car and was introduced to a team of three guys, who would set me up for my paraglide. My driver could tell I was nervous. Before he got back into the car to leave me, he asked me if I was sure he could leave. I gulped and said yes, I was sure, even though I wasn't at all.

The guys began to help me get geared up. First, I stepped into a harness, which they then adjusted to fit around my legs and waist. A helmet was placed on my head. You fly with another person-- a pilot, they called him-- which is great because if I was jumping off a cliff, I was definitely not doing it alone. You jump, I jump, right? I was then attached to my pilot using a very confusing series of wires and strings. 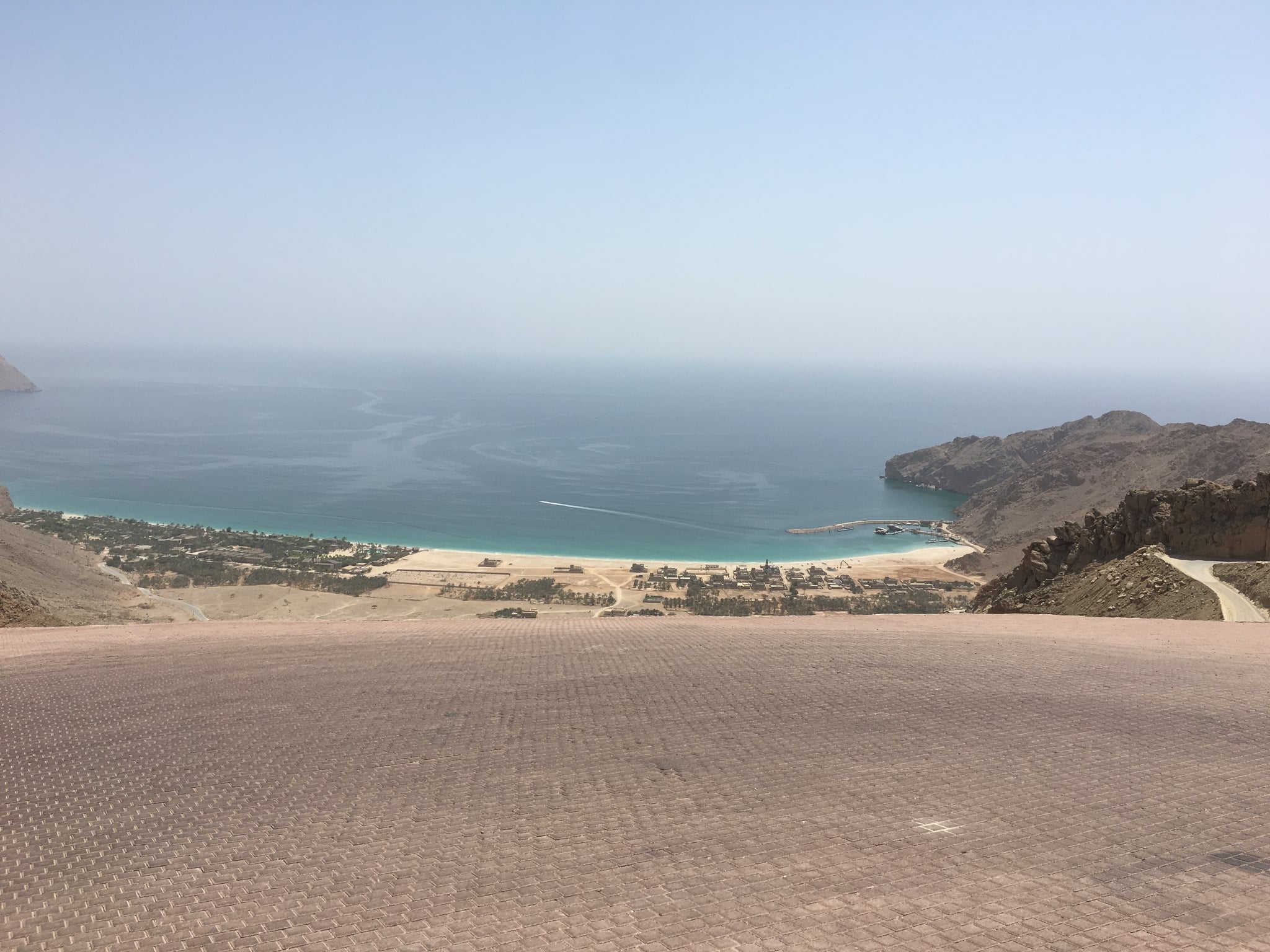 I have no idea what any of them attached to, but when they finished hooking me up, I was standing about 20 feet from the edge of a cliff and ready to fly. I was given instructions: run off the cliff. While certainly straightforward, that's a phrase that no one ever hopes to hear. But, as it seemed like my only option at the time, I ran. 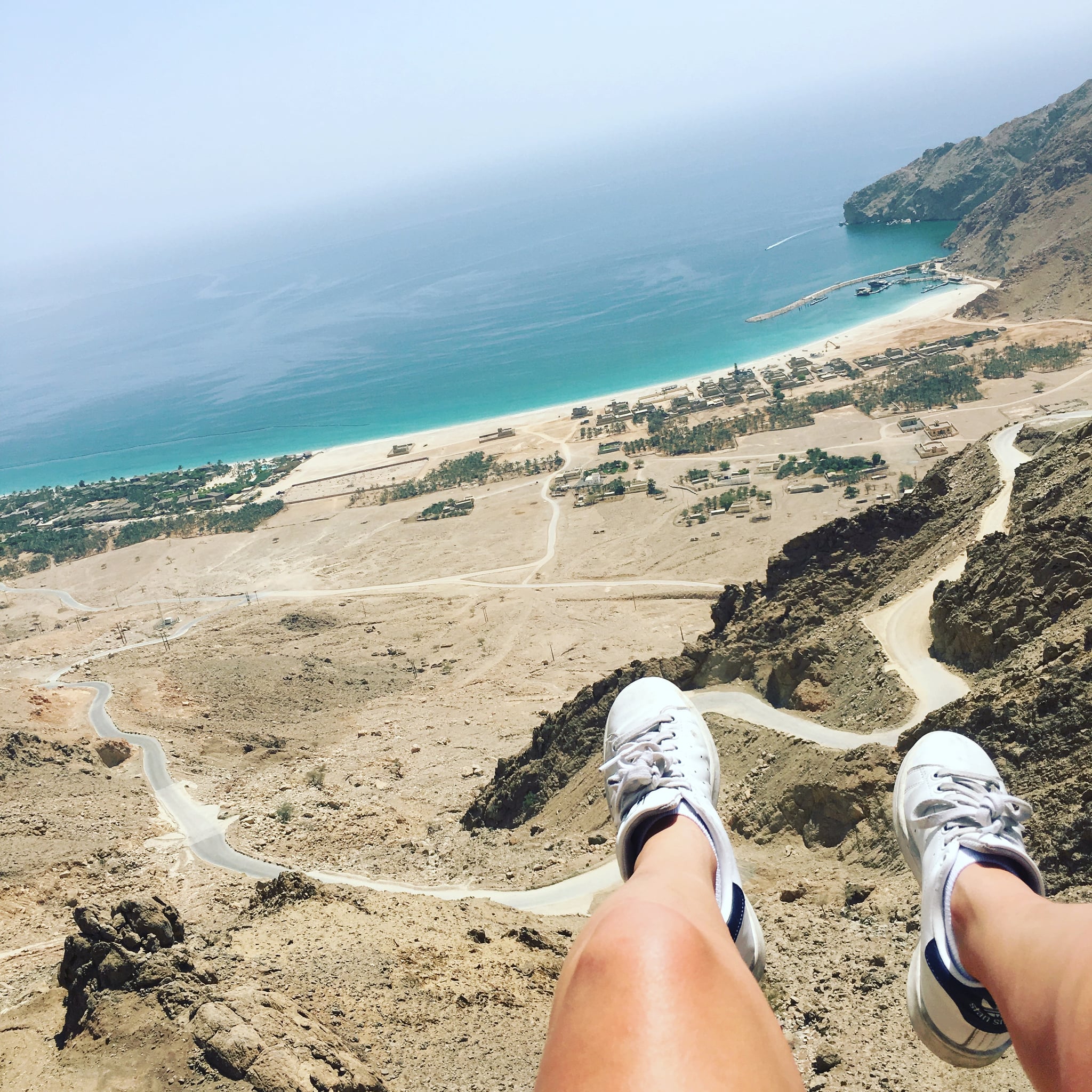 We were off the ground before I got to the edge, as the wind had caught the sail and lifted us. The pilot expertly steered us away from the mountains, and as soon as I felt steady enough to take out my phone, it was game-on. I was Snapchatting, taking selfies, and trying to capture the gorgeous blue sea below me. Still, I was really, really high off the ground, and a little bit too close to the rocky mountains than made me comfortable. 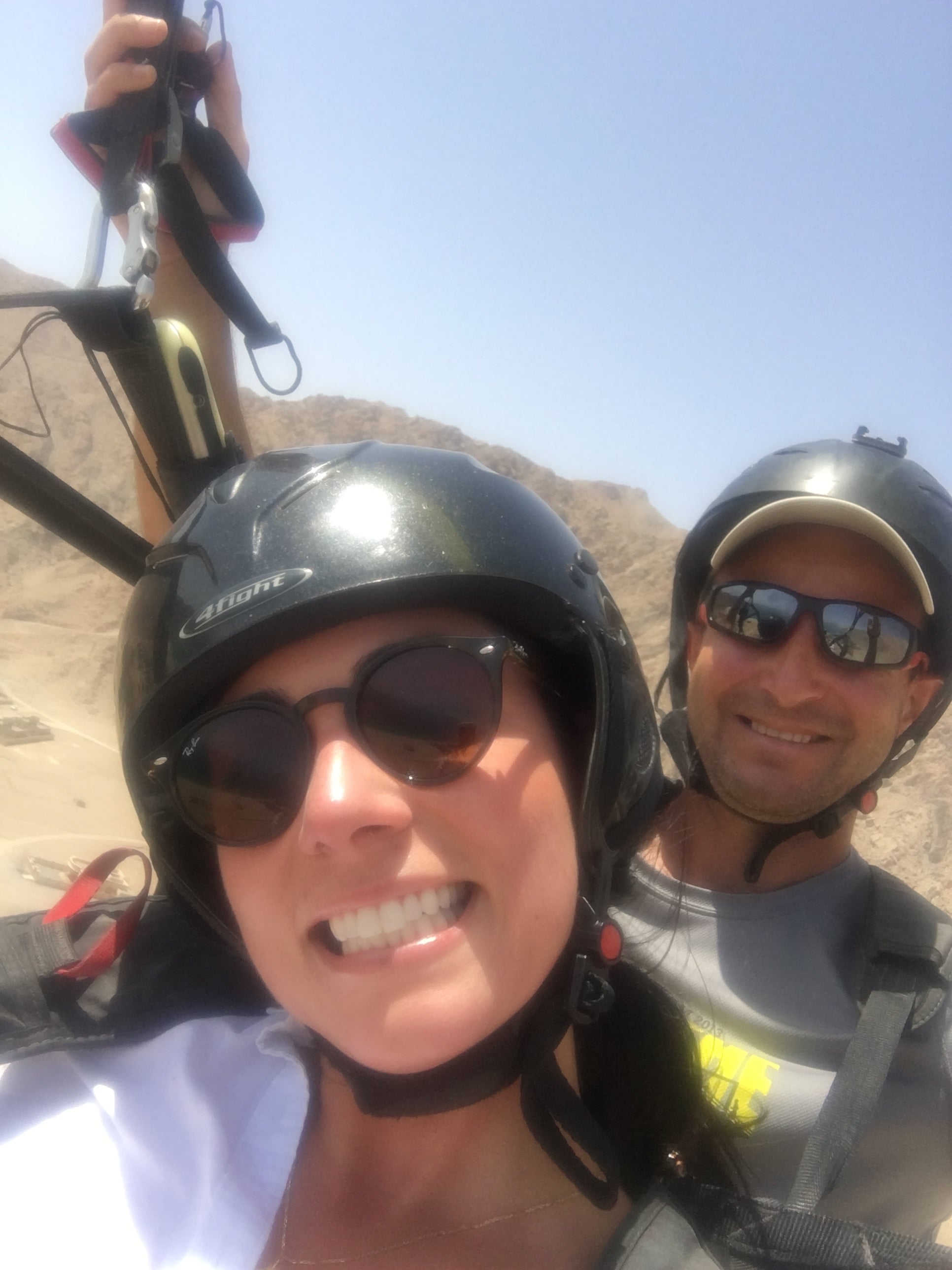 "Can we go down now?" I asked my pilot after about 1 minute in the air. Apparently it doesn't work like that. A few minutes later we began our descent, and again the pilot screamed instructions in my ear. "Keep running when we land!" For an airborne activity, paragliding involves a lot more sprinting than one might imagine.

The landing, like the ride itself, was smooth and pleasant. I actually didn't even realize how nervous I was up in the air until I hit the ground and saw my Fitbit light up. The device, which tracks my steps and my heart rate, revealed that my heart was beating at a whopping 119 beats per minute, a number I only usually see when I'm on the treadmill.

Am I glad I did it? Definitely. It was a unique experience, an amazing photo op, and the best way to get to a hotel that I've ever heard of. Plus, when you get to land here, you forget all the fear pretty quickly. 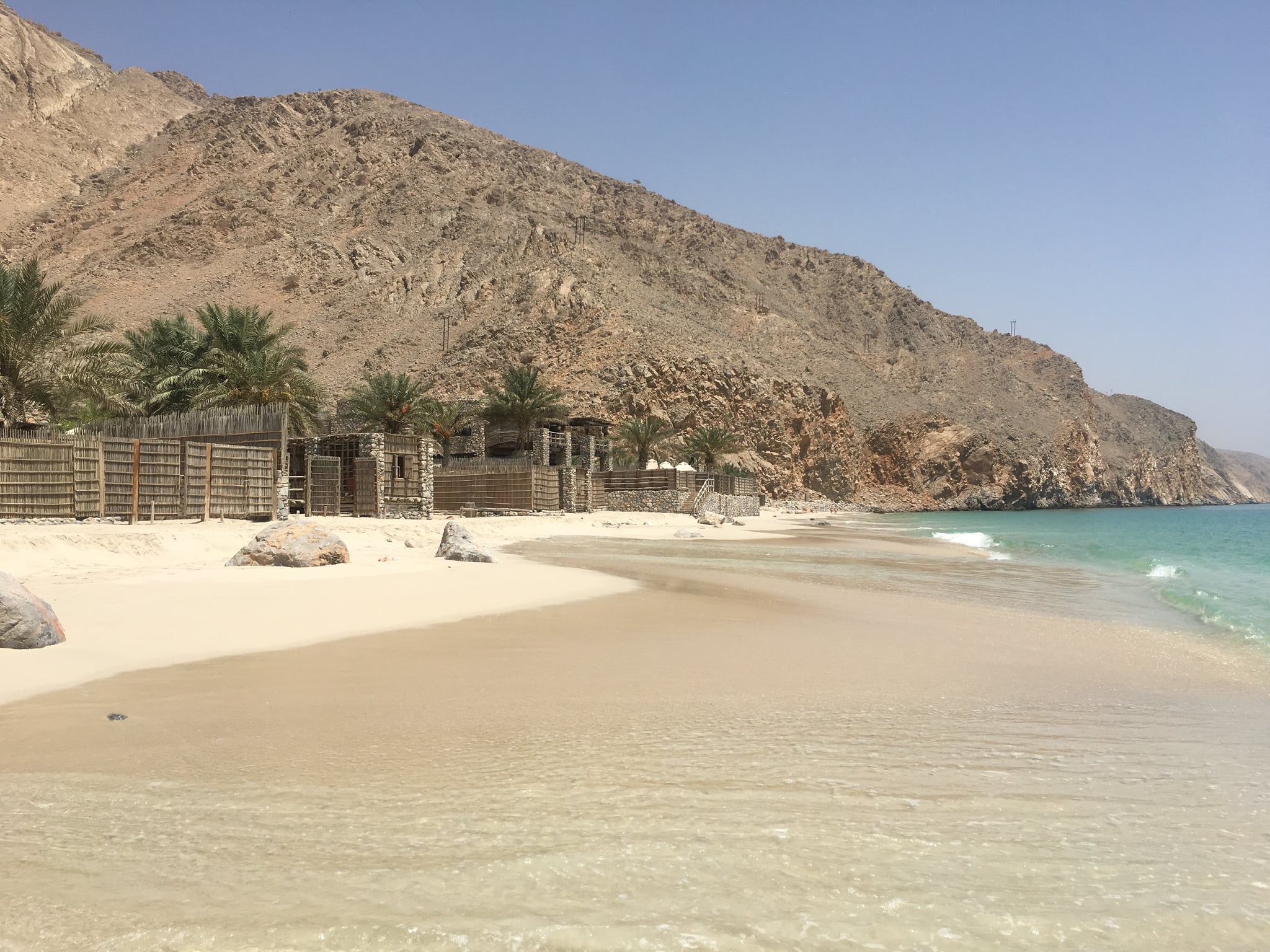