The Paleo movement is still going strong, with many fitness-minded people adopting this "caveman" diet to build muscle, boost energy, lose body fat, and cure digestive woes. Made up of whole foods including lean proteins, veggies, fruit, and healthy fats like nuts and seeds, if you're going Paleo, you have to be at peace with ditching dairy, grains, processed foods, sugar, legumes (including peanuts), and apparently potatoes. 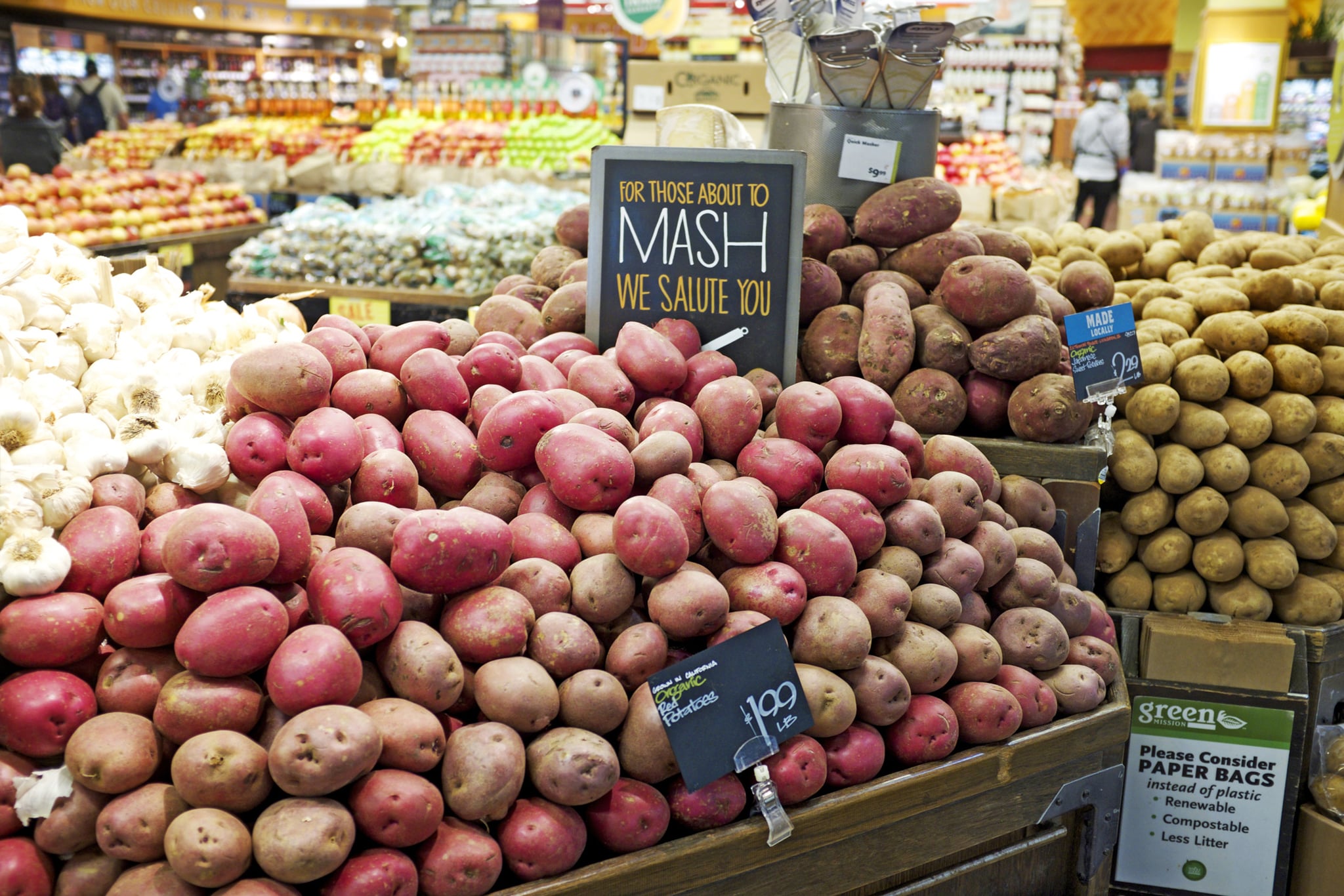 "But potatoes are a vegetable," I said to certified dietitian Leslie Langevin, MS, RD, CD, of Whole Health Nutrition. There are four reasons potatoes may not be on the Paleo-approved list.

Paleo foods aim to be high in protein, low in carbs, low on the glycemic index, full of fiber, and high in vitamins, minerals, antioxidants, and plant phytochemicals. White potatoes are high on the glycemic index, which causes your blood sugar levels to spike, and then quickly drop — which can leave you feeling sluggish. For this reasoning, there are so many other nutrient-dense foods you can choose instead of potatoes that will leave you feeling energized.

Potatoes are also from the Neolithic age, so they weren't around for our Paleo ancestors to enjoy. So based on this, potatoes are not considered Paleo-approved.

Foods in the nightshade family, including potatoes, contain toxic compounds — it's their defense mechanism to protect themselves against hungry predators. Some people can handle these foods, but for some, they can make autoimmune conditions flare up or cause leaky gut issues. But if you're ditching potatoes for this reason, then other nightshades such as tomatoes, eggplant, and peppers should also be avoided, although these are on the Paleo-friendly list.

Some experts argue that white potatoes lack nutrition, especially in comparison to sweet potatoes. Both offer just about the same amount of carbs necessary to fuel intense workouts, as well as fiber, although sweet potatoes offer vitamin A. Another argument is that potatoes are often prepared in an unhealthy way, but there are other ways to enjoy potatoes aside from greasy French fries and potato chips.

Should YOU Eat Potatoes?

Based on these four reasons, some Paleo dieters who aren't super strict do eat potatoes, because starchy veggies have a place in people's diets as long as they're not trying to manage their blood sugar levels or to lose weight. Some opt for sweet potatoes instead, since they're lower in the glycemic index.

Whether or not you eat potatoes on your Paleo diet is a personal preference. If you eat them and you feel energized, and you're OK with not being 100 percent Paleo, then it sounds like potatoes get the thumbs up for you.