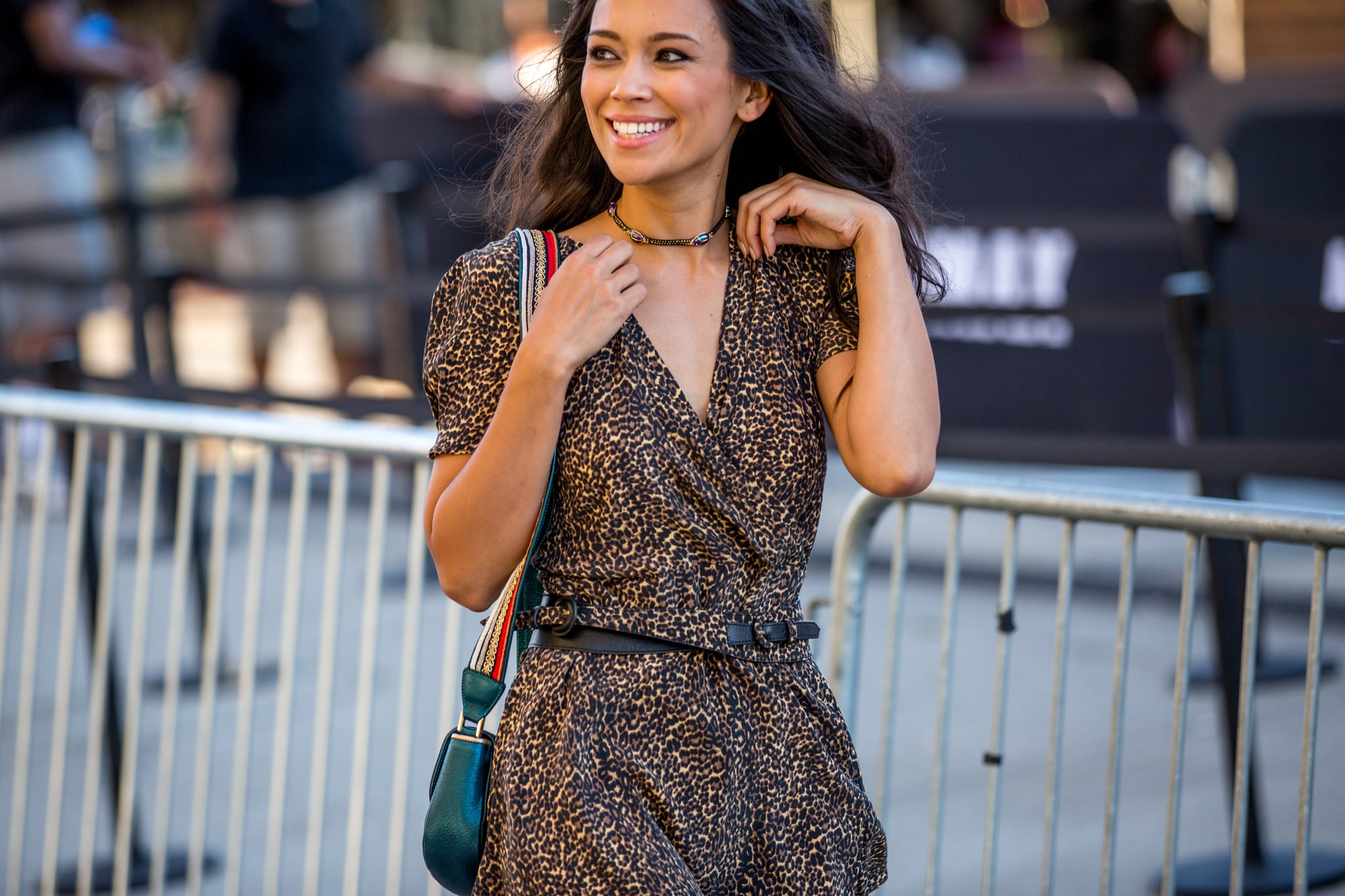 A few months ago, I experienced some major shifts in my life — the kind of shifts that made me want to crawl into a ball and hide in my apartment. In short, my boyfriend decided he didn't want to be my boyfriend anymore. As a result, I was a mental case. The thought of eating made me feel nauseous. I was working out profusely. I would break out into tears sporadically, and my mind was in a thousand places. In an effort to reset, I took a trip on my own to Florida to get my mind right. An escape, I thought. An escape will do me good.

One early morning, I was coming back in from a run on the beach and scrolling through Instagram. Weaving through posts, I stumbled on a quote that got me thinking. "The people whose first instinct is to smile when you make eye contact with them are some of earth's greatest treasures."

To say I hadn't been doing a whole lot of smiling at this point, well, that would have been an understatement. I was feeling vulnerable and unsure of myself. I stopped walking, looked up at the palm tree in front of me, and paused to think. As a New Yorker, seldom do I walk down the block to see someone smiling at me. Instead, we're all rushing from point A to point B with our eyes glued to our phones — helpful when you're in the mood to avoid all human contact, but not ideal for meeting new people (or boosting your mood).

I'm gonna do it, I thought to myself. Not just in rural Florida, either. For the foreseeable future, I'd smile at every single person who I locked eyes with. It sounds so simple, doesn't it? But considering this was so counterintuitive to how I felt, I knew it wouldn't be easy or anywhere inside the realm of my comfort zone.

A few hours later, I boarded the plane home. When I landed in New York, my experiment began. Here are four lessons I learned from a month straight of smiling at strangers:

1. Smiling puts you in a better mood.

I'll be the first to admit that smiling so often felt all sorts of weird at first. Some people looked at me and were genuinely confused about why I was in a good mood (even though oftentimes I wasn't). But after the first couple of days, smiling started to feel more natural. I realized that whether it was close-mouthed or big and toothy, the grin was putting me in a better mood. Overall, I felt less stressed the second I made smiley eye contact with someone else. After a little research, I found one study from the University of Kansas that found that smiling helps to reduce the body's response to stress and lower your heart rate in tense situations. OK, cool. I'm digging this.

2. Smile at someone, and nine times out of 10 they'll smile back.

Think about it: when someone is smiling at you, it's hard not to reciprocate the good vibes. That's why so many of us like to surround ourselves with inherently happy people instead of downers. One morning I was sitting on the subway at around 6:20 a.m. and decided to really put this to the test. At this hour, transportation consists of other spandex-clad New Yorkers heading to workout classes or construction workers. First, I went for a construction worker who had been dozing in and out of sleep. He looked both ways before smiling back at me. Then, a girl drenched in millennial pink. She smiled immediately and even shifted her headphones because she thought I said something to her.

3. Smile at someone, and they're probably going to talk to you.

This was the best part of this entire experiment. Not so much on the subway, but when I smiled at people waiting in any line or at the office, they almost always had something to say to me. Oftentimes, it was some generic comment about the weather or maybe something about my outfit (compliments on my hair ranked high on the list, too).

When it came to the opposite sex, men would light up. I saw a lot of blushers. Men were also the only ones to challenge why I was so happy. On three separate occasions, I got a "What are you smiling about?" prompt. Each time, I simply asked, "What's wrong with being happy?" Each time, they were stumped. Only with one of those instances did I tell the guy what I was doing (because I found the guy attractive). He laughed at me and told me it was a noble effort. Then I looked down and noticed his wedding ring.

4. Smiling opens you up to new possibilities.

Walking around in a better mood because of this sporadic smile plastered on my face, I felt more open to new opportunities. Without a second thought, I found myself saying yes to more things. Want to come work out with me after work? Definitely. Want to come to brunch with us on Saturday? Mmm hmmm. How about you join us for New Year's dinner? Game on.

I'm more of a spiritual person than a religious one. But after about a month of smiling at strangers, I feel more than ever that I saw that Instagram post at that specific moment for a specific reason. My own smile, it reminded me to get out of my own head. My smile reminded me at times that I have so much to offer, even if it's just a grin. On the days when it wasn't easy to chin up, that smile kept me above water. And the best part? No one can take that away from me. It's mine, for keeps.