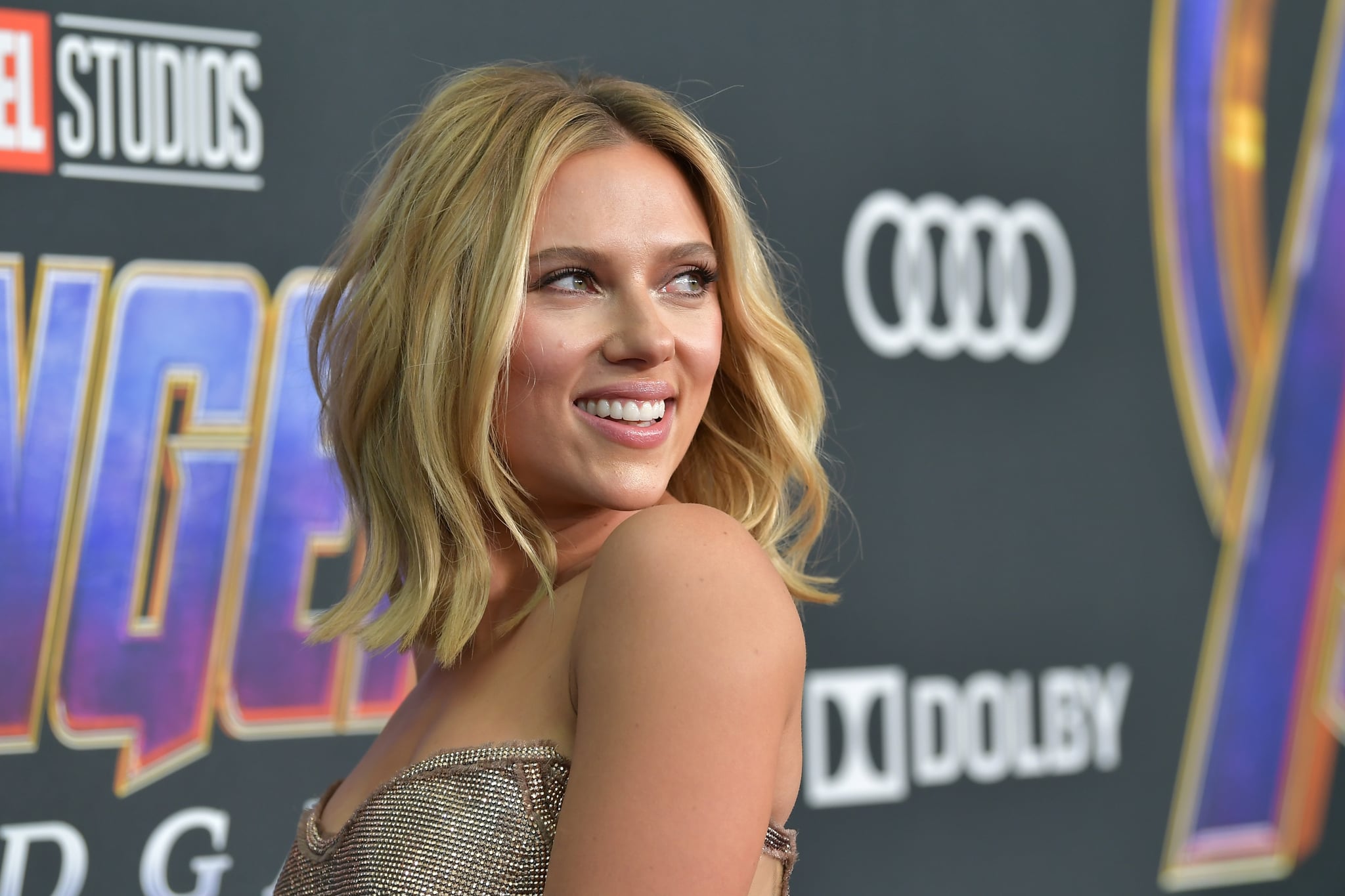 Since her Marvel Cinematic Universe debut back in 2009 (throwback to Iron Man 2, am I right?), Scarlett Johansson has given Black Widow all the swagger, intensity, and take-no-prisoners attitude that she deserves. As the Avengers — and the rest of the Marvel Cinematic Universe — prepared to enter the Endgame, Scarlett pulled back the curtain on how much the role has changed her outlook on health and fitness, as well as the workouts and diet regimen that got her into superhero shape. Prior to her role in the Avengers franchise, Scarlett told The Hollywood Reporter that she'd never set foot in a gym. "The gift of fitness has been one of the best parts about working for Marvel," she said. "I am stronger and more capable now than I was 10 years ago, which is so awesome to be able to say."

Besides working a hectic Hollywood schedule, Scarlett, 34, is also a mom to 4-year-old daughter Rose, meaning all workouts need to be fast, early, and efficient. She works out four or five days a week, doing sessions of 45 minutes to an hour that start before Rose is up — around 6 a.m. Hitting the gym in the morning is key to Scarlett's routine, "clearing me so that after work, I can make dinner and do bath and nighttime with [Rose] before preparing my lines for the next day," she said.

Scarlett has worked with New York-based trainer Eric Johnson since her Black Widow debut in 2009, and he split her prefilm training into three phases, each lasting three to six weeks.

Scarlett also dropped in on hot yoga classes, fight training, and Pilates to round out her fitness routine.

Remember intermittent fasting? Scarlett did a less strict variation of it, eating for 12 hours a day and fasting for the other 12, which kept her energy stable. She also employed a low/low/high-carb three-day cycle, cutting even more carbs right before shooting to emphasize her lean muscle.

On low-carb days, Scarlett's diet included 75 grams of carbohydrates. The rest was protein — fish, chicken, and eggs — and healthy fats like avocados, nuts, and peanut butter. (Want some easy low-carb recipes of your own? Here are 17 of them.) She also made sure to get plenty of green veggies like spinach in every meal or snack. High-carb days upped the carbo-load to 125 grams in the form of toast and white rice.

Scarlett's major goal with her workouts? Not weight loss or body-fat percentage, but functionality. Would she be able to perform her stunts? Would her costume fit comfortably? We're here for those nonscale victories, and her intense fitness regimen has us itching to start swinging kettlebells and channeling our own inner Black Widow.