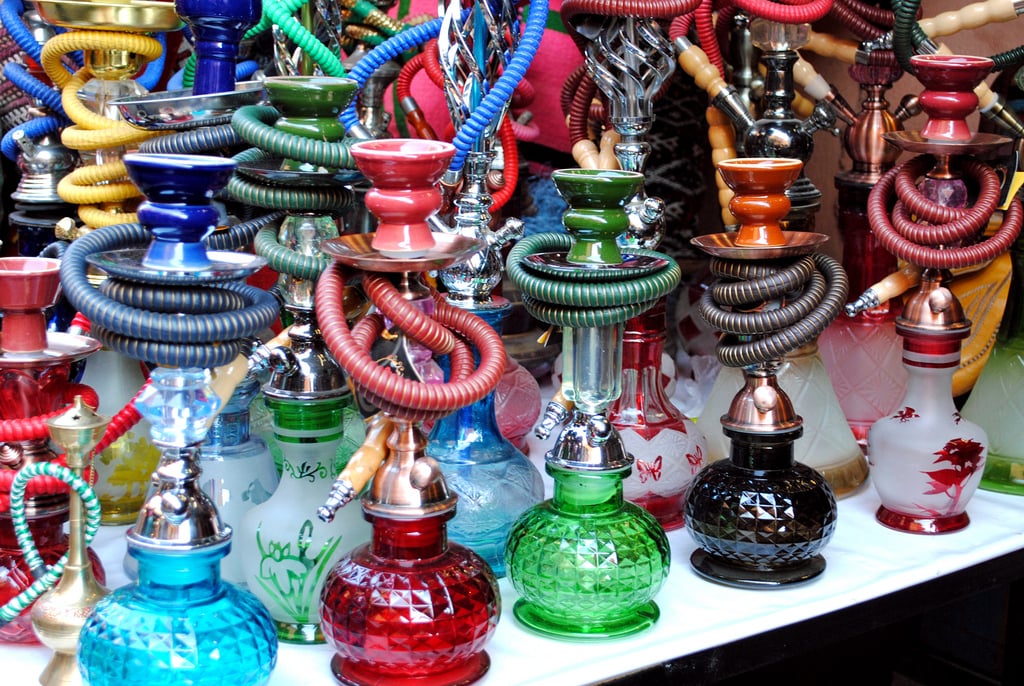 Maybe it's the social aspect of smoking shisha that leads us to believe that the tobacco inhaled through a shisha pipe is less harmful than that inhaled through cigarettes-- how could something so fun and colorful be as harmful as cigarettes, right?! Shisha may not come with the terrifying graphic warning labels that appear on the front of cigarette cartons, but just because shisha pipes scream 'carnival' louder than 'cancer' doesn't mean that they're not as dangerous.

According to a new study published in the Systematic Review, "One WTS (Waterpipe Tobacco Smoking) session consistently exposed users to larger smoke
volumes and higher levels of tobacco toxicants compared with one cigarette." This finding is backed by an earlier study conducted by the World Health Organization, which concluded that on average, a cigarette smoker takes between 8 and 12 puffs and inhales between .5 and .6 liters of smoke over the span of five to seven minutes. A shisha smoker can inhale up to one liter of smoke per puff, and can take anywhere from 20 to 200 puffs per smoking session.

If multiple studies aren't enough to convince you to put down the pipe, The Mayo Clinic points out another complication: "hookah pipes used in hookah bars and cafes may not be cleaned properly, risking the spread of infectious diseases."

The bottoms line is that having tar in your lungs is dangerous no matter how it got there, but don't let the jovial nature of this Arabic pastime cloud the reality of the health risks it presents.