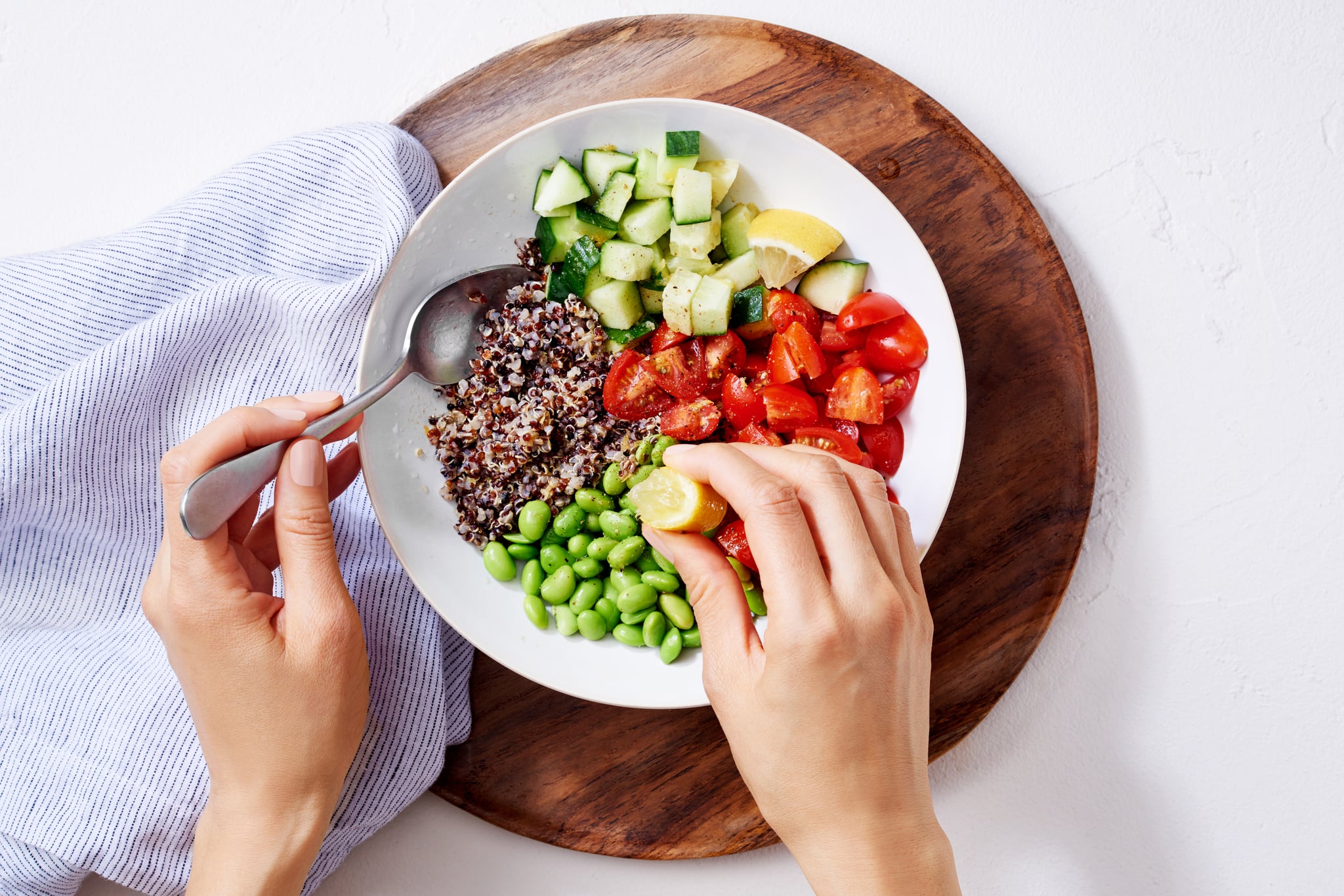 If you're looking to eat clean, you've likely been told that quinoa is as healthy as it gets. This small but mighty seed that is an anomaly in the plant world since it is high in protein contains all the essential amino acids and even provides some omega-3 fatty acids. Still, it seems no one can agree on exactly how it is best prepared. For example . . . should it be rinsed? Should it be soaked? Well, let's start at the beginning of the prep process.

Before your quinoa touches water, you want to toast it. "Like any other seed (think sunflower seeds), quinoa tastes better toasted; it's how Bolivian quinoa farmers prepare quinoa for their families," says Natalie Slater of I Heart Keenwah. It's easier to wash toasted quinoa than it is to toast wet, washed quinoa. Start with the toasting.

Next, you want to give it a rinse. "Quinoa seeds are covered in saponin," explains Slater, "a soap-like coating that protects them from insects. You should always rinse your quinoa." Chef Alex Homenides of Athenian Greek Taverna agrees. "Personally, I only rinse quinoa before cooking it. Soaking the quinoa is unnecessary and can 'sog down' your end product. Rinsing quinoa before cooking removes the bitterness but does not affect the quinoa's consistency and ability to hold its fluffy texture."

"I prefer not to soak quinoa in advance of cooking," says Chef Paul Mattison. "It's a tender grain which cooks very quickly, so it's not necessary to soak it in advance. Also I think when you don't soak it, you get a little creamier, richer texture in the final product," says Chef Mattison. With that said, if cooking it then chilling it to use in a salad, you may want the texture to be a little looser. "In that case, it's a good idea to soak it in advance. Bottom line: it depends on the final product and your personal preference," says Chef Mattison.

It is so easy to cook; you basically leave it alone. To cook, Slate says, "place your washed, toasted quinoa in a pot with a lid and add water (2:1 ratio water to quinoa)," says Slater. "Bring this to a boil, then put the lid on and reduce to a simmer for 15 minutes." And do NOT add salt to the water,; this will prevent the seed from opening up, resulting in crunchy quinoa. Once the 15 minutes are up, leave the lid on, but remove from heat and let it sit 10 minutes.

Fluff your cooked quinoa with a fork, and season as desired.

A Little More on Soaking

Those who are into soaking are really into it, and for a big reason: they think the alternative is downright dangerous. "Soaking is a must, not an option," according to Elizabeth Johnson, CEO and founder of Pharm Table. Prior to cooking, to remove the saponin that covers the seeds, they must be soaked and rinsed prior. Johnson explains that "saponin acts as a natural pesticide to repel natural predators. It is a soapy substance that when consumed can cause a vomiting. Remember, this is a natural pesticide produced by the plant to protect itself from bugs."

For that reason, when soaking quinoa, the temperature of the water is as important as the technique. "I like to soak in hot water. Hot water helps the saponin to release from the seeds. It will look soapy on the top of the water. I then take a fine mesh sieve or chinois and rinse the quinoa under warm water until the water runs clean underneath," says Johnson. "I wouldn't give people an option because failure to soak and rinse the seeds can make people violently ill," she says.