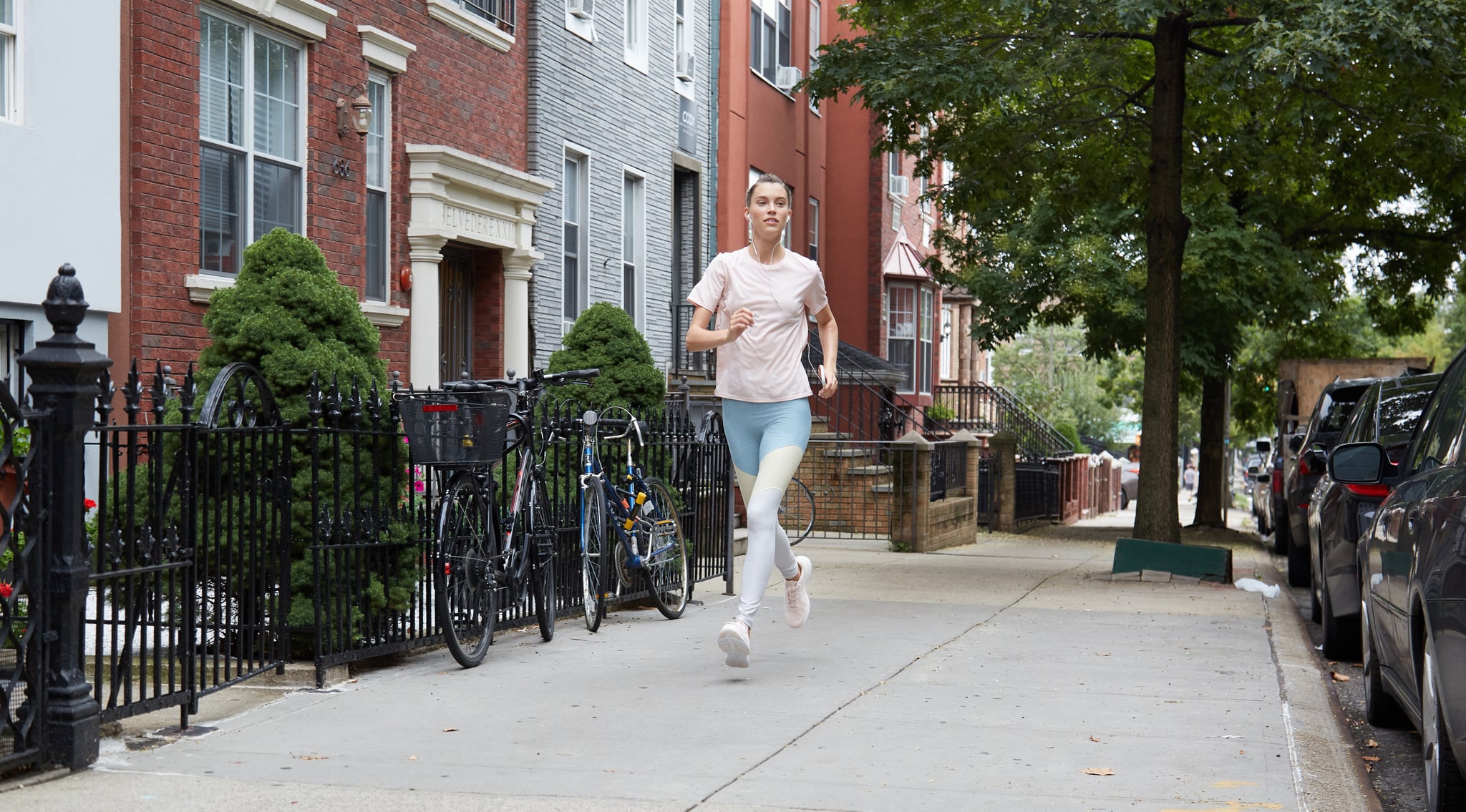 Runners and walkers have a lot in common. Both line up at the same starting line for road races, use training plans to conquer goal distances, and reap the benefits of great cardiovascular exercise. Still, though, the debate remains with both sides remaining fiercely loyal to their chosen sport. Runners feel the burn, push hard, and finish first, but walkers argue their joints are less damaged, their routines just as valuable, and they, too, push the pace.

The only way to settle a dispute between two worthy opponents is to let experts state their case and then let the jury (you!) deliver the verdict.

To begin with, let's lay out the undisputed evidence. Both walking and running raise your heart rate and burn calories, making both excellent forms of cardiovascular exercise. The two can often, even, peacefully cohabitate in the same outing. Runners often take short walking breaks, and walkers sometimes add brief bursts of running to shake up their routines. Both sports release endorphins, alleviate anxiety and depression, and improve mood.

But what is better? If you have an hour each day to exercise, should you walk or should you run?

The Case For Walking

Walking is less physically demanding than running, which can result in less risk of injury to knees, the IT band, and hips. Running demands the body hit the ground with more force, causing it to be more stressful on bones and joints than walking, according to Amanda Shannon Verrengia, personal trainer and certified running coach.

There's also a strong mind-body connection associated with walking. While both forms of exercise promote better mental health, walkers may more easily be able to incorporate the mind-body connection to exercise with taking a hike through terrain not as easily run. Stephanie Powers, a holistic health coach and the author of Thyroid First Aid Kit, prefers her clients perform a "fast walk" while twisting their core to reap the most benefits. The uneven ground on a nature trail further challenges your core for maximum results.

The Case For Running

It's undisputed that running burns more calories than a walk of the same duration. Dr. Patrick Suarez, orthopedic and doctor of physical therapy, told POPSUGAR that the calorie burn is almost double for runners than walkers, because running raises your heart rate faster. If your goal is weight loss, running tips the scales in this argument, simply because you don't have to spend as much time each day to burn the same amount of calories.

Not only do runners burn more calories more quickly, but running may produce the hormone peptide YY, an appetite suppressant, allowing runners to consume less calories after exercise than walkers. According to a study performed by the American Physiology Association in 2008, a vigorous workout like running is key to producing the appetite suppressant.

Whether you walk or run, it's the activity that you can stick with that wins this case. According to Jo-Ann Houston, head trainer for GYMGUYZ, a mobile fitness franchise, the most important fact is whether you will stick with it to enjoy the "short and long-term benefits."

If you're new to either running or walking, experiment with what feels right for your body and your goals. In fact, feel free to experiment with both running and walking during the same workout. Choose a race, find a training plan, and pick the exercise that you know you will stick with for life.