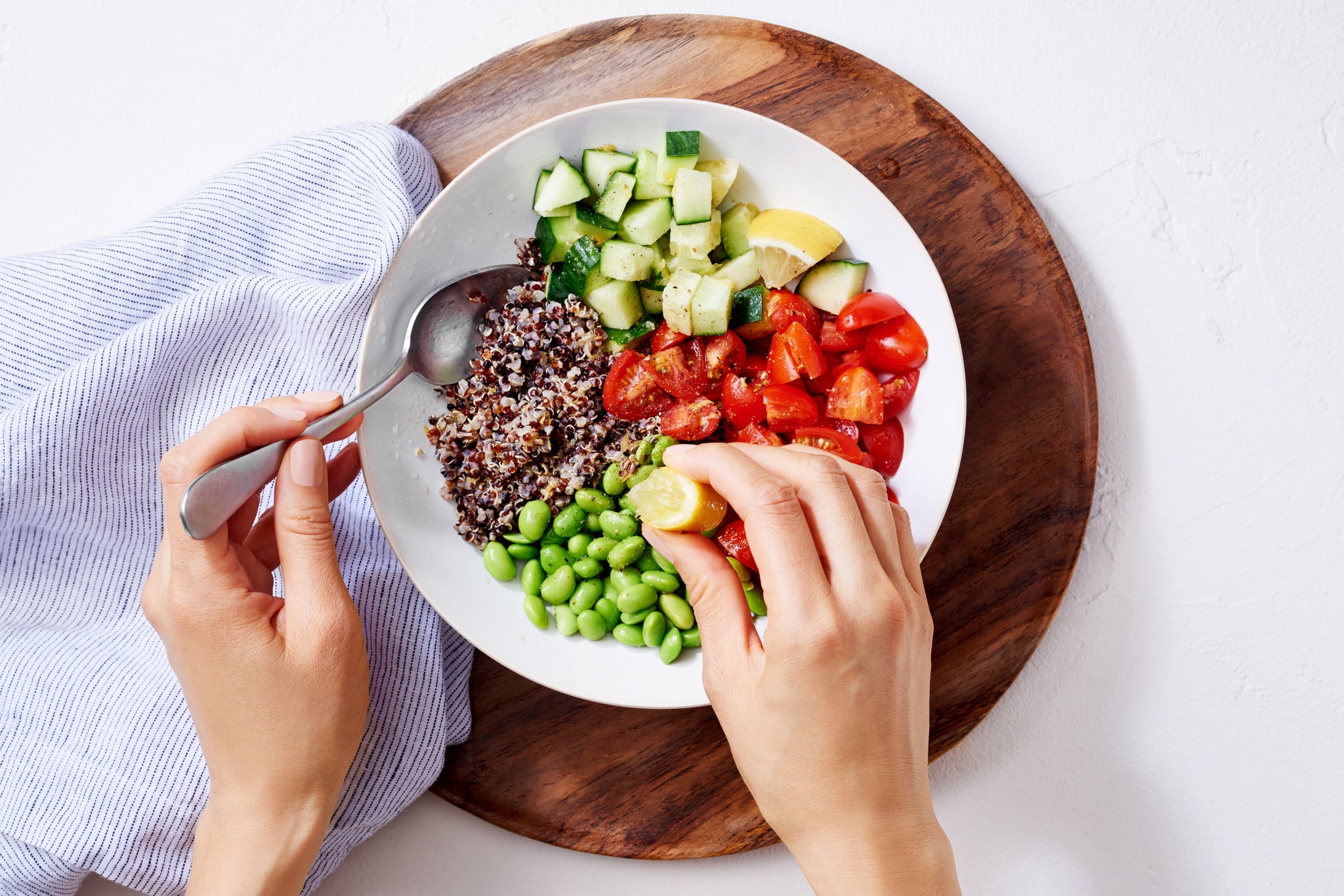 Time and time again, the phrase "counting calories" comes up while discussing weight loss tips, but new research is about to totally change the conversation surrounding the common dieting habit. A study recently published in the Journal of the American Medical Association found that the key to losing weight is actually the quality of the calories you're consuming, not the quantity. The findings showed that those who ate less refined grains, added sugars, and processed foods — and more vegetables and whole foods — dropped substantial amounts of weight without meticulously tracking calorie intake or obsessively controlling portions.

Christopher D. Gardner, the director of nutrition studies at the Stanford Prevention Research Center, led the study, which followed 609 overweight adults over a 12-month period to examine whether a healthy low-carbohydrate (HLC) diet or healthy low-fat (HLF) diet was more effective for weight loss. Participants in the HLC group were instructed to eat foods such as salmon, avocados, veggies, nut butters, hard cheeses, and grass-fed animal foods, while those in the HLF group were told to consume items like barley, steel-cut oats, lean meats, brown quinoa, fresh fruit, and low-fat dairy products.

"We told everybody they should buy whole foods. Nobody should have foods with refined sugar. They suck," Dr. Gardner told NBC News. "We really stressed to both groups again and again that we wanted them to eat high-quality foods. We said, 'Don't go out and buy a low-fat brownie just because it says low fat. And those low-carb chips — don't buy them, because they're still chips and that's gaming the system.'"

Gardner continued, "Also, we advised them to diet in a way that didn't make them feel hungry or deprived — otherwise it's hard to maintain the diet in the long run. The unique thing is that we didn't ever set a number for them to follow," Gardner told the New York Times of how participants were instructed to avoid counting calories and instead simply focus on eating as much as they needed to avoid those midday hunger pangs. Translation: sayonara, calorie-tracking journal!

Related:
Whether You Want to Lose Fat or Gain Muscle, Your Diet Needs This 1 Thing

During the study timeline, participants engaged in health education classes to learn about food and were encouraged to engage in regular physical activities and cook their meals at home. At the end of the 12-month period, people in the HLF group lost an average of 11.7 pounds, while those in the HLC group lost a bit more than 13 pounds on average, and a few outliers lost as much as 60 pounds. What's more is that individuals in both groups also improved in other factors of health, with some reducing their overall body fat, lowering their blood sugar, and decreasing their waist size.

The bottom line: it's far more beneficial in the long run to eat "nutrient-dense, minimally processed whole foods" than it is to meticulously count calories. If you're trying to drop a some pounds, we have a handful of other non-counting-calories diet tips to get you started.