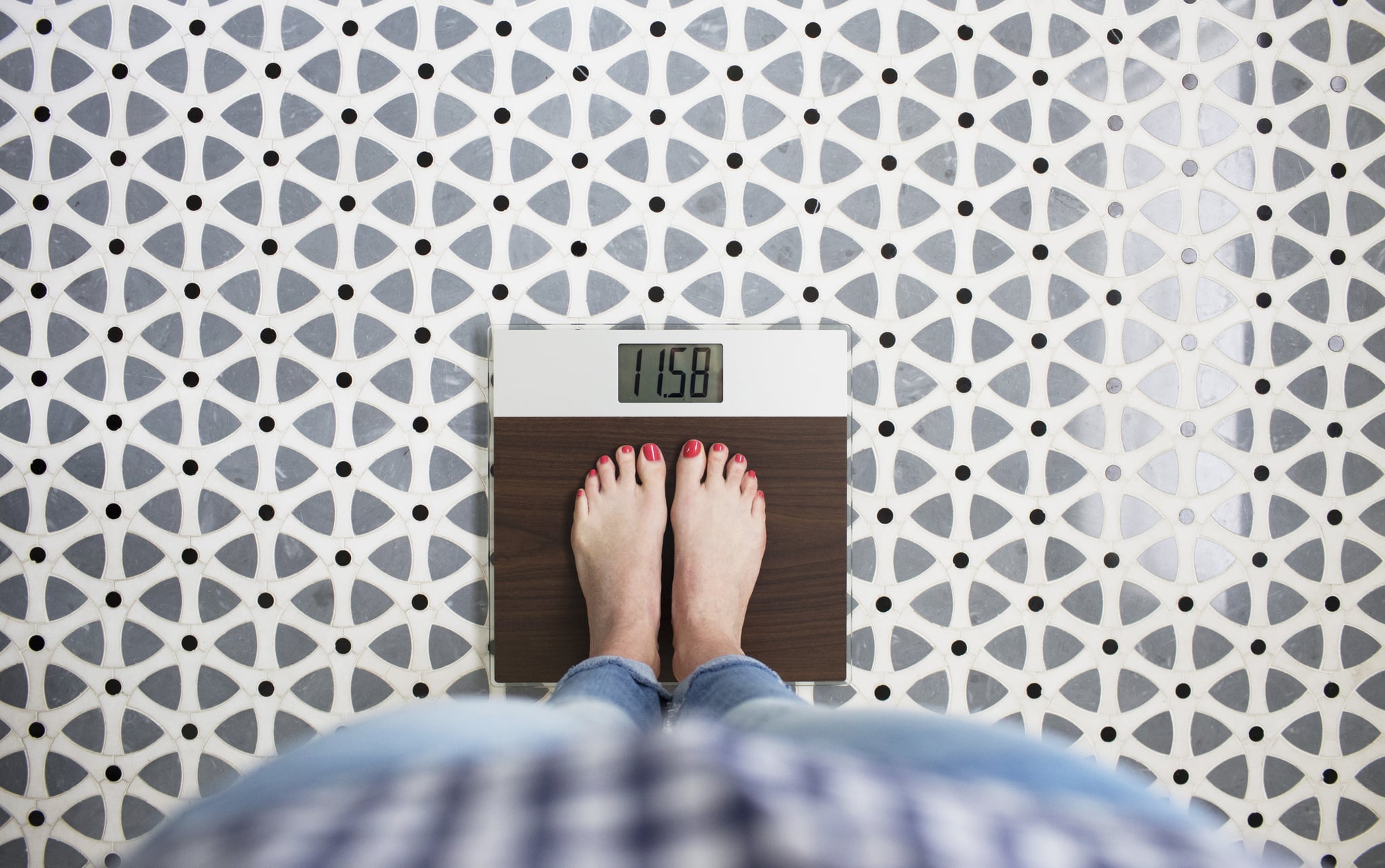 A fractious and stressful 2016 caused me to put my health and fitness on the sidelines. The result? An inevitable weight gain that I wasn't happy with and a wardrobe of clothes that didn't fit. I'd already pledged to avoid any fads or hardcore "quick-fix" plans this year and to operate a "slow and steady wins the race" mentality. Having done Weight Watchers in the past, I knew it offered a manageable approach to controlling my portions and food intake without being overly restrictive, cutting out major food groups, or promising miracles. If you follow it correctly, it works. So at the beginning of January, I signed up for Weight Watchers Online. I lost 14 pounds in March, and though I have a way to go, I feel like even during that time, I learned a lot.

Weight Watchers has adjusted its points systems a few times. Most of my previous experience was with the previous PurePoints and ProPoints systems. I dropped about 30 pounds back in 2009, and though my weight fluctuated up and down by 10 to 15 pounds over the years, it was really only last year that I regained the rest. I had faith in the system, but I also had some issues with it (especially when it came to low-fat, high-sugar foods). Rejoining and discovering the new system, SmartPoints, was a surprise. There is now HUGE points weighting on sugar, which I think is brilliant because I know from my experience with the Whole30 that cutting or drastically reducing sugar intake has many benefits beyond weight loss alone. Lean protein is much lower in points now, which is great for me as my favorite food in the whole world is chicken. There's still a heavy emphasis on the evils of saturated fat, and as a result, lots of low-fat substitutions, something I'm not 100 percent on board with anymore (having read books like David Gillespie's Toxic Oil), but it's not a huge issue for me to take the skin off my chicken, buy lean mince, and use reduced-fat cheese if it gives me the results I crave.

It's All About the Accountability

Since I'm using the online plan, I don't have a weekly weigh-in at a class to keep me on track or the advice of a leader. I've had to find other ways to find myself accountable and pick up tips and advice, mostly by setting up a separate Instagram account, joining a Facebook group, connecting with other people on similar journeys, and photographing my meals. Taking pictures of everything I eat and sharing those with the world encourages me to eat a variety of foods, hunt down delicious new recipes, and always make sure I'm eating plenty of fruit and veg. The community around Weight Watchers is amazing, and it really helps on tough days. They cheer when you lose weight and commiserate when the scales aren't saying what you want. Plus, they share amazing tips!

You Really Can Use Those Weeklies

When I started the plan, I was given 30 daily points and 42 extra weekly points I could use however I liked across the week. I've now seen my weeklies drop to 35. I was unsure about using them all at first: surely that would mean less weight loss? But I quickly discovered I actually lost more the weeks I used my weeklies. They provide you with the flexibility to live your life without always having to say "no" but can also be a great tool to keep your metabolism in check. I've always been intrigued by "calorie spiking" (eating a lot more one day a week to stop the metabolism from going into starvation mode). The weeklies feed into this idea, especially if they're used in bulk rather than being spread out over the week. It's easier to use up weeklies that than you think: two slices of Domino's pizza and two large glasses of wine is 27 points!

All fruits and most vegetables have no SmartPoints value, and you're encouraged to fill up on them. I try to make sure every meal has some form of vegetable involved ("no beige days"). Many herbs and seasonings don't have points unless you use large quantities. This means even if you've wiped out your daily points before dinner, you don't have to go hungry. It's easy enough to whip up a salad or a soup that's zero points. I've rarely ended a day feeling hungry because there is always something you can reach for if you feel those pangs. Basically, if you're hungry doing Weight Watchers, you're doing it wrong.

Weight Loss Is Not Linear

For me, Weight Watchers is working, but I know I absolutely have to focus on the long-term goal, not the individual weekly losses. Sometimes the scales don't say what I expect, even when I've been following the plan to the letter. Most people drop a staggering amount in their first couple of weeks on Weight Watchers (it's not unusual to drop more than half a stone in one week if you have a lot to lose). But that's mostly water, and for most of us, the loss will soon slow to maybe one or two pounds per week maximum. I often find I stay the same for a week, then drop two pounds the following. I am trying to get out of the habit of weighing myself more than once a week, but I must confess I have been doing that and I've seen the numbers fluctuating. Women also need to factor in their period, which can hugely skew the numbers due to water retention. The key is to trust the plan. Every week is a new week, and so long as the overall trend is going down, you're doing the right thing. I think about how long it took me to gain this weight: to expect to lose it in a few months is stupid!

You Really Do Have to Track Everything!

It sounds stupid to say something so obvious, but tracking really is the key. In the past, I've been guilty of grabbing a handful of M&Ms from the office snack cupboard or eating a few extra slices of chorizo as I'm cooking and not logging those little mouthfuls. This quickly leads to having an off-plan day and just writing it off as a blip rather than logging it anyway. This time, I have been absolutely ruthless with myself. Every glass of wine is measured out, every mouthful of food, and every sweet I sneak when my husband isn't looking goes into the app, even if it takes me over my points allowance for the week. It's really important when I'm struggling to know that sometimes I can't blame the game!

Weight Watchers and Fitbit have a partnership, meaning you can automatically log your daily Fitbit activity in the Weight Watchers app as "FitPoints." The problem is this can hugely inflate your weekly activity points: I walk between 6,000 and 10,000 steps on an average day, which would give me 50+ FitPoints per week. There is an option to swap your FitPoints for extra SmartPoints, but I'm happy to see that Weight Watchers now encourages people not to do this. I have my account set up to never swap these points; the activity tracker is just there to encourage me to strive for 10K steps a day as a baseline for health. If I ate those extra points, I sincerely doubt I'd lose weight. I would strongly encourage people to only have their FitPoints set to swap if a) they're doing frequent high-impact exercise and b) they really need those extra points for a special occasion. The only time I might consider swapping my FitPoints is if I do something out of the ordinary, like walk 50K steps in a day or spend multiple sessions in the gym doing serious strength training and cardio.

All Hail the Air Fryer

One of the best things I've done so far this year is invest in a Tefal Actifry. It's bulky, expensive, and probably not hugely energy-efficient, but it allows me to make decent chips/fries, and for that, it's worth it. A portion of chips cooked in the Actifry is seven SmartPoints, even less if you use cooking spray rather than the olive oil I prefer. They are the closest you're going to get to "real" chips without wiping those weekly points with all the oil. I've tried multiple ways to make chips and sweet potato fries in the oven and they're OK, but these are infinitely better. Being able to have things like steak and chips at home means I never feel like I'm hugely missing out being on a "diet."

It's All in the Planning

Every weekend, my husband and I sit down and work out what we're making each night, I calculate the SmartPoints values, and we do a big online shop to ensure we've got all the ingredients we need. This has helped in multiple ways: not only do we waste a lot less food, we've also cut out trips to the supermarket, where we'll inevitably add extra things to our shopping basket because we're shopping on empty stomachs. We eat earlier, because we don't have to run to the store every night to buy broccoli. However, it's only evening meals that get planned. Breakfast is usually fruit, and I prefer to buy my lunch because it gets me out of the office for a few minutes.

Some Shortcuts Are Worth It

I have three words for you: frozen chopped onion. Not to be dramatic, but this has changed my life. To think of the days (years) of my life I've wasted chopping onions through floods of tears! I cook a lot of stews, pasta dishes, and curries, all of which start with onion. Since I've bumped up veg intake, most recipes include quite a lot of prep, so I'm a fan of anything that cuts down on that. A bag of frozen chopped onion goes in the online shopping basket every week and gets used throughout the week. It can be poured straight into the pan and the little bit of extra liquid that comes off it actually stops the onion from catching and burning when using less oil. I also have a bit of a soft spot for garlic puree for the same reason (but bear in mind this has points if you're using more than about 1/2 teaspoon in a dish).

It's Going to Get Harder, but I'll Know More

I know from previous experience that the closer I get to the goal, the harder it's going to be to lose the weight. I've deliberately set a goal that's achievable and maintainable, and I have set no time limit on getting to it. I just need to focus, discover more great recipes, learn more shortcuts, and increase my activity levels to keep seeing results.