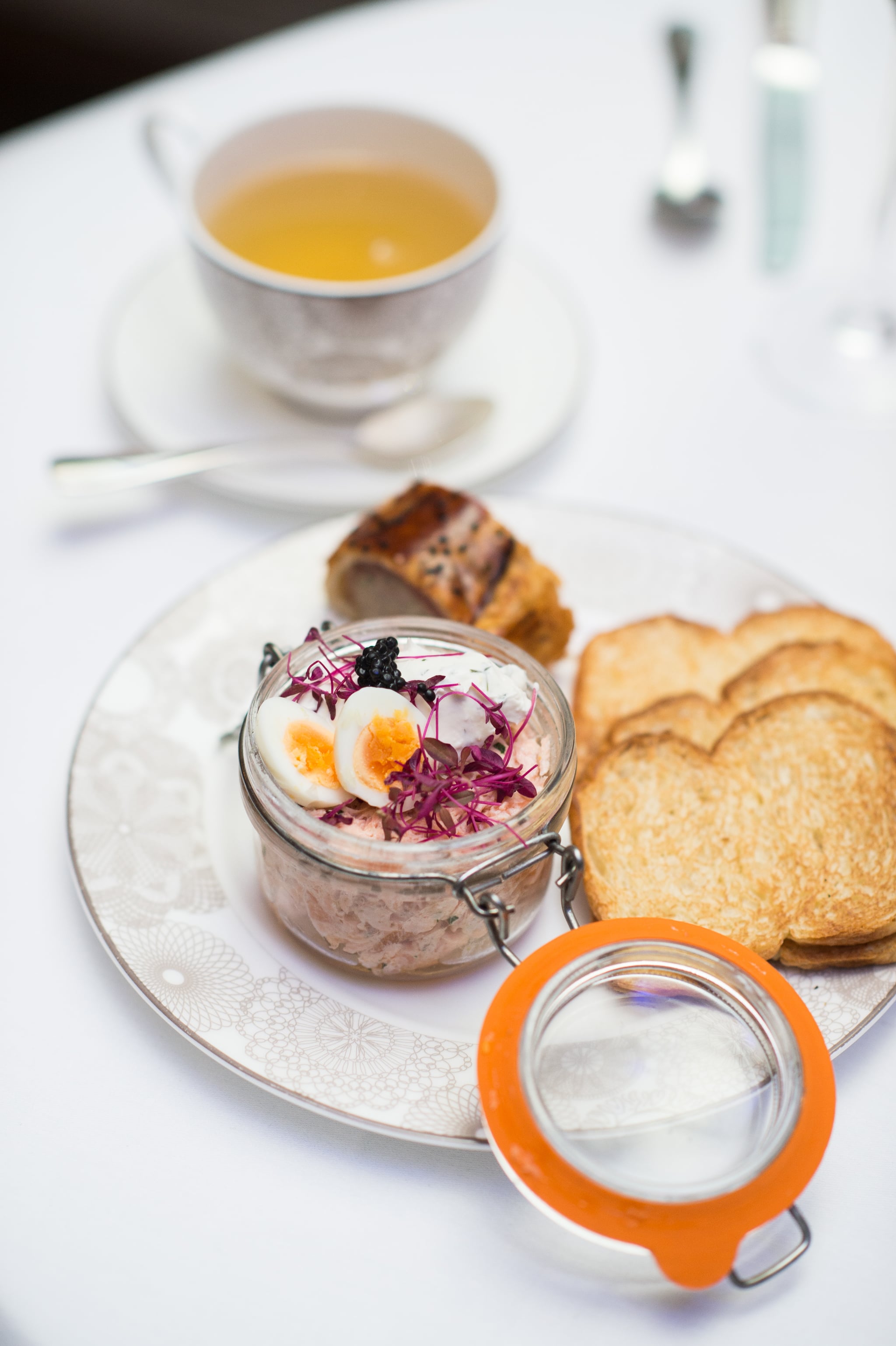 When trying to lose weight, the specific diet plan you're on might not matter much. What experts say gets you pound-shedding results is an equation called CICO or "calories in, calories out." For weight loss to work, you have to restrict calories in some way so it doesn't quite make a difference if you're eating keto, Whole30, Paleo, or gluten-free as long as you're making sure you take in less calories than you're burning.

What Are the Origins of the CICO Diet?

"In 1780, French scientist Antoine Lavoisier used a guinea pig to measure heat production as a way to measure energy (or calories) in food," explains Dr. Deena Solomon, a Los Angeles-based weight-management expert and cognitive behavioral psychotherapist and author of Immaculate Consumption: The Path to Lifelong Weight Management. Lavoisier devised a mathematical formula that could be easily calculated. Measuring energy (or calories), he came up with the name calorimeter for a device to determine how many calories are consumed when eating. "In the early 1920s, Dr. Lulu Hunt Peters, an American doctor, came up with a simple formula based on Lavoisier's precise and scientifically-proven equation: The one and only way to lose weight is to lower calories. This became the universally accepted method for weight reduction," Dr. Solomon says.

CICO and the idea of calories in, calories out follows the notion that weight loss requires a balance between the energy consumed and energy used. "Increasing your calorie expenditure beyond what is consumed will result in the number on the scale going down," says Dr. Adrienne Youdim, an associate clinical professor of medicine at UCLA's David Geffen School of Medicine and a diplomat of the American Board of Internal Medicine, the National Board of Physician Nutrition Specialists, and the American Board of Obesity Medicine.

Everybody requires a minimum number of calories to live. "This minimum number is called the basal metabolic rate (BMR). Your BMR is the number of calories your organs need to function while you perform no activity whatsoever," Dr. Solomon says. You can think of it as the amount of energy you'd burn if you stayed in bed all day. "The dieting community has determined once you know your BMR you can use it to calculate the calories you actually burn in a day," Dr. Solomon says. From there, you can determine how many calories you need to eat to gain muscle, lose fat, or maintain your weight.

The fact is, it's quite easy to calculate one's resting metabolism. Many gyms provide a machine that measures this. "Sitting in a chair with the breathing contraption over your nose breathing in and out for 10 minutes, at the end, the number is available. Mine came out to be 1456," Dr. Solomon says. Since your basal metabolic rate is based largely on involuntary functions like breathing and pumping blood, changes in your day-to-day activity don't do much to raise or lower this number. However, increasing muscle mass does increase BMR, because muscle is metabolically "hungry" and it takes more energy to maintain more muscle. This means that when you have a lot of muscle mass, you'll burn more calories at rest.

All diets to date, rely on what has become the universally accepted equation: lower calories you'll lose weight. "This is the formula setting the standard for every current weight-loss model," Dr. Solomon says. "Calorie counting becomes an external reinforcement: the indicator of success — the scale (the ultimate external reinforcement for weight loss)," Dr. Solomon says.

For many, this formula is very effective for permanent weight management. Unfortunately calorie counting for chronic overeaters as a way for permanent weight management has been shown to be ineffective. "While caloric management has been the accepted way to date to lose weight, meeting caloric expectation for permanent behavioral changes has been shown to be ineffective for people who exhibit a high frequency of 'non-hunger' eating events," Dr. Solomon says. The CICO method can be an effective starting point, though. "Without skills for the strategically manipulation of non-hunger eating events, overconsumers are doomed to fail relying on caloric ceilings," Dr. Solomon says.

Counting the calories you're consuming is fairly easy (though, admittedly not that much fun), but what's tricky is accurately counting calories burned. "Calories are very important, and people should be aware of how many they are consuming, but it's almost impossible to know exactly how many calories someone is putting out without doing a very detailed and expensive laboratory test to determine output," says Alix Turoff, a registered dietitian. Wellness apps and gear, like the Fitbit and the Apple Watch, can help, but you probably already know the measurements provided are an approximation.

There's another complication: calories are determined by their density and composition of fat, protein, and carbs (or macronutrients) and those components all have different ways of working in the body. "Carbohydrates are digested more quickly than protein and fat, which might mean that someone who eats a diet high in carbohydrates gets hungry quicker than someone who eats more protein or fat," Turoff says. "Fat takes longer to digest than carbs, so it keeps you fuller longer, but then protein has a higher thermic effect than carbs, which means that the body uses more energy breaking it down, which technically means it's putting more calories out," Turoff says. We told you it's not that simple, and that's why experts generally prefer counting macronutrients for weight loss. "I always provide my clients with a range of what their calorie needs are, but I also provide them with a range of macronutrients that I feel will be best for them," Turoff says.

How Does CICO Fit With Other Popular Diet Plans?

"In theory, if you were to eat the same number of calories on any diet, whether it was Paleo, Whole30, or Weight Watchers, your weight will generally remain the same," Turoff says, adding that choosing a diet low on empty carbs and high on protein and fat, like Paleo and Whole30, is still better to help your weight-loss goals.

A keto diet is the one exception, because of the physiological changes that take place while following the eating plan. "A ketogenic diet forces the body out of carb-burning mode, our natural state, and into fat-burning mode — this also happens in starvation. In the absence of carbohydrates, our bodies are forced to burn fat for fuel in the form of ketones," Turoff says.

In terms of the quality of calories, it still comes down to the macronutrient breakdown of the food. "Protein and fat have a higher thermic effect meaning, it takes more calories to break them down than carbohydrate," Turoff says. You also want to think about how long different foods will keep you feeling full and satiated, which will ultimately result in a net of fewer calories taken in, but theoretically, 500 calories from McDonald's and 500 calories from organic avocado toast will affect weight in a similar way if all things were equal.

The fact that these are "whole foods" rather than "junk food" doesn't always change the nutrition profile of the meal. While it may be better for long-term health to stick with unprocessed foods, the bottom line when it comes to weight is not so different. "Good for weight loss and healthy is not always the same," Turoff says.

It's very possible to lose weight eating a lot of junk food. "That may not be the best practice for long-term health (cardiovascular disease, carcinogens, etc.), but when it comes down to weight and weight management, your body understands calories, carbs, fat, and protein and not organic, grass fed, non GMO. This is where focusing purely on calories is a disservice to your body, but that said, a combination of "calories in, calories Out" while taking into account macronutrient profile and attention to quality of ingredients is the best route to weight loss," Turoff says.

Part of the weight-loss equation comes down to the way in which our bodies use calories. You should consult a nutritionist before changing your diet plan, especially if you have a condition like diabetes or polycystic ovary syndrome.