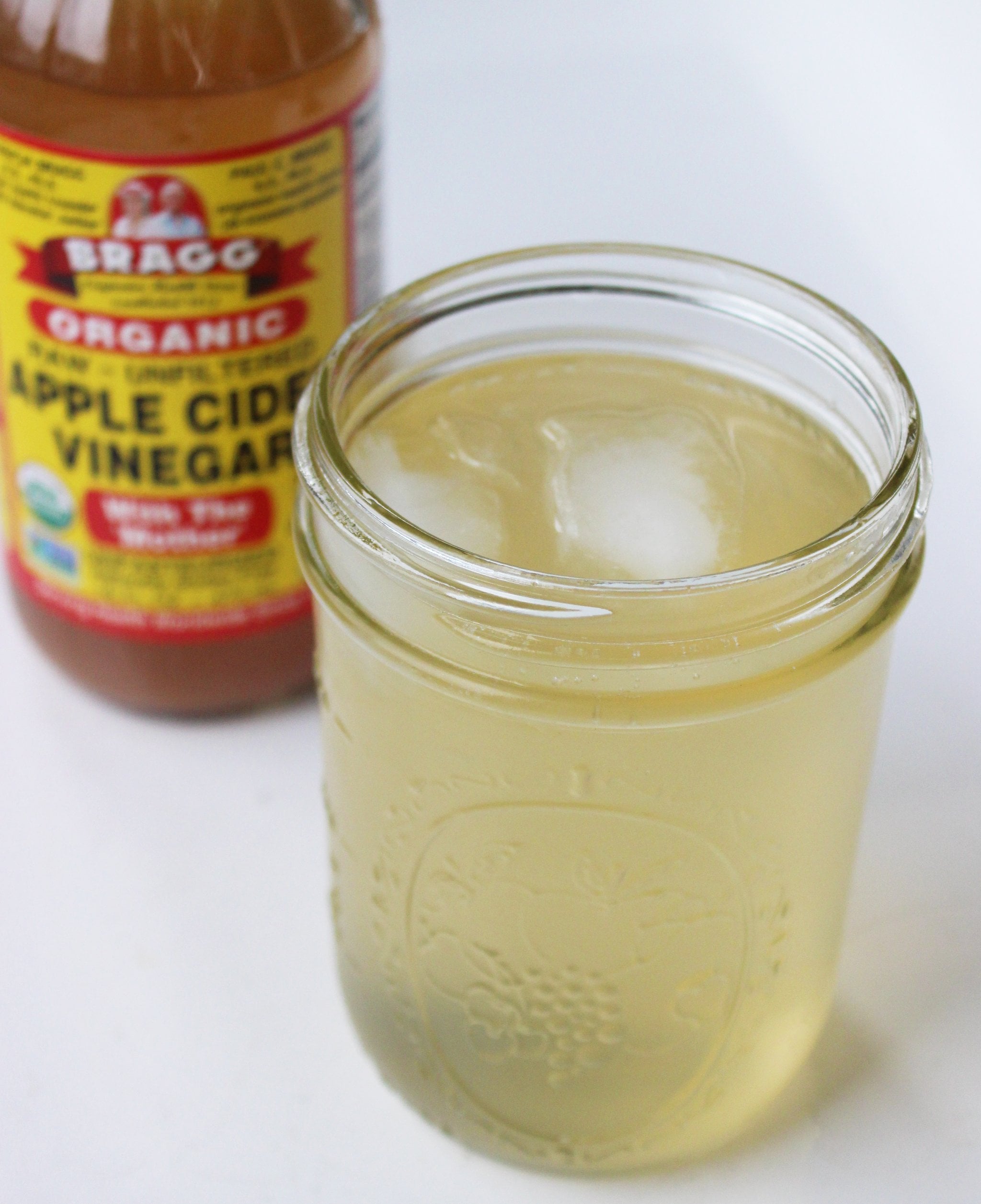 Apple cider vinegar is commonly used as a home remedy for everything from weight loss to hiccups to sore throats. After hearing a brief synopsis of apple cider vinegar's benefits, it sounds like there are few things it can't cure. But before you start throwing back ACV in massive doses, remember that it's best used in moderation, and it's not the solution to every health issue in the book.

If you're considering integrating ACV into your diet, the first thing you should know is how to take it in a healthy manner. (Spoiler alert: don't throw it back like a shot.)

"Before swallowing ACV, it is important to dilute it in water. Straight vinegar, like other acids, can damage the lining of the esophagus and lead to ulcerations and a condition known as esophagitis," Dr. Robert Brown, author of Toxic Home/Conscious Home told POPSUGAR. "But don't worry, you will gain the health benefits from diluting one or two tablespoons of the vinegar into a glass of water."

But what exactly does ACV do to your body that makes it the ideal home remedy? We spoke to several experts to find out the key things ACV does for the body.

It Aids Indigestion and Reflux

Naturopathic physician Michelle Winchell told POPSUGAR that, although it may seem counterintuitive, taking raw apple cider vinegar when you're experiencing reflux or indigestion can lead to almost immediate relief. She explained that most reflux is the result of low stomach acid, not high stomach acid.

"We are a society of 'busy' people, which means that we are chronically stuck in our sympathetic nervous system — you may know this as 'fight, flight or freeze.' When our body is in this state, we don't produce enough stomach acid, pancreatic enzymes, and other digestive juices," Winchell said. "So instead of breaking down and absorbing our food, it ends up sitting and fermenting in our stomachs, which ends up feeling like heartburn."

Winchell also suggested mixing one to two tablespoons of apple cider vinegar with water and taking it about 15 minutes before a meal to aid digestion. "[This] can help prime the digestive tract by stimulating our stomach acid and pancreatic enzyme secretion," she explained.

If untreated, high blood sugar levels can lead to serious health issues that affect every organ of the body. "Pretty much everyone can benefit from keeping their sugar levels in check," Rebecca Lee, RN and founder of the natural health resource RemediesForMe.com told POPSUGAR. "Apple cider vinegar increases the efficiency of insulin in breaking down sugar during a high-carb meal."

Brown also said that studies have shown ACV can lower blood sugar during and after meals. "[It can] also lower resting blood sugar when taken before bedtime," he noted, adding that it's especially beneficial in reducing blood sugar levels in people with type 2 diabetes.

Lee explained that pectin, a complex carbohydrate and soluble fiber found in apples and their vinegar, is responsible for lowering cholesterol. "Pectin has many beneficial health benefits," she told POPSUGAR. "The way it works on cholesterol is that the LDL (bad cholesterol) binds itself to the pectin and is then carried out of the body as waste."

As noted by Brown, studies have shown that acetic acid reduces serum cholesterol and triglycerides in mice. "How that occurs has not been shown, but I suspect that it may be that the acetic acid makes the fats more readily bioavailable by turning fat globules into tiny microparticles," he said. Similarly, the vinegar may help dissolve fatty streaks and plaques from the walls of arteries, which further reduces the risk of cardiovascular disease, heart attacks, and strokes.

It Can Help Kick That Nasty Cold

Winchell said that fire cider is her go-to when she feels like she's getting sick. Although there are multiple variations out there, she suggested combining one to two tablespoons of raw apple cider vinegar, one clove of fresh crushed garlic, half a thumb of fresh ginger, and a bit of fresh turmeric. If spice isn't a problem for you, Winchell recommended adding a pinch of cayenne to "turn up the heat and increase the antimicrobial properties."

"This blend is strong, so adding a touch of raw honey not only helps tame it down, but raw honey also has its own healing properties that are great for a scratchy throat," she added.

It may not be a total miracle remedy, but you'll certainly reap the benefits if you add ACV to your diet.