My last name is Sugar, and all my friends call me Sugar, so it came as a surprise to them that I decided to give it up for my New Year's resolution. I know I have a pretty intense sugar addiction, so I've had spells where I've cut down on sugar. But this time was different. 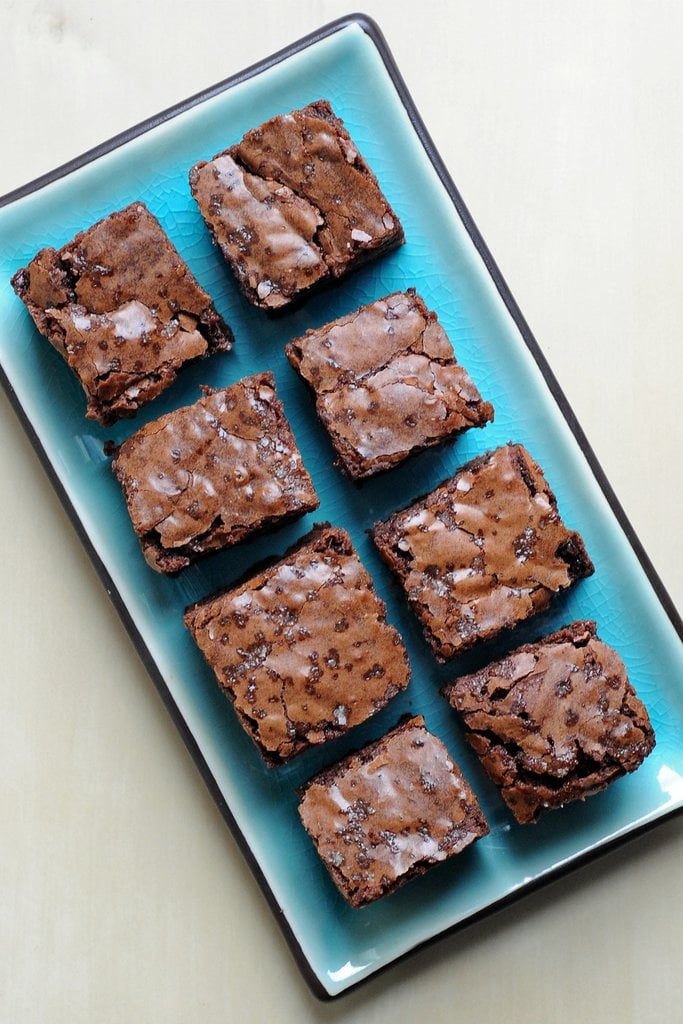 It all began in July. I had just started CrossFit and was unnaturally nervous about it. My stomach started acting up and I attributed it to either anxiety or a crazy stomach bug from the gym. But three weeks passed and I didn't feel any better.

I went to the doctor and told her I felt fine when I woke up, but as soon as I started eating, my symptoms would flare up again. And by the evening, I was keeled over on the couch, with crazy stomach pains and bloating, convinced it was a three-foot tapeworm. She performed tons of blood tests, stool tests, and I even had my first rectal exam (a good time made even better by the fact that I had to bring my four- and six-year-olds along!). I got tested for gluten intolerance and parasites, but she came back with acid reflux. My symptoms were down low not up high. But to appease her, I took meds for a week, just to tell her that they didn't work. She was flabbergasted. I asked, could it be something I'm eating? She showed little interest, leaving me by saying, "I don't know, maybe experiment with your diet."

It wasn't until right before Christmas that I figured out what was causing me this nauseating pain. For my husband's birthday, I made him an outrageous three-layer cake. I then went on to eat a lot of that cake, you know, because we had to celebrate — it was the right thing to do! I felt so horrible after that and vowed not to eat any sugary crap until Christmas came five days later.

It was a Christmas miracle! I felt amazing, totally pain-free, until I made vegan sugar cookies and ate probably 17 over the course of two days. I felt worse than I had ever felt, and then I realized — it was he sugar. Well, I was happy to figure out what was causing my unbearable symptoms, but man, how could I live without sugar? It was time to find out.

Since my 40th birthday was on January 2nd, and giving up cake was not an option, I decided to quit the white stuff the next day. So I gave it up for a month. We're talking no maple syrup, no honey, no agave, no white sugar or brown sugar, no corn syrup, or brown rice syrup. Nada. No chocolate, no alcohol, no cereal, no bread if it was sweetened was made with sugar, no sweetened soy milk, and no after-dinner ice cream. I did eat fresh, frozen, and dried fruit, but the worst was no baking unless I made cookies sweetened with dates or banana.

I'm not gonna lie. It pretty much sucked. Especially the first week. But I got my mom to do it with me, so whenever we craved sugar, we called each other up and complained. But after the second week, I felt amazing! Aside from curing my extreme belly bloat and other digestive issues, the acne I've had on my chin sine I was 12 went away, I slept better, and felt more energized. But one of the best things that happened was that my cravings for sugar went away. I also noticed that I wasn't as hungry. I think eating so much sugar made me hungry for it, but whenever I ate it, I never felt satisfied and always wanted more.

I was only going to do this no-sugar thing for a month, but I feel compelled to keep going. I'll definitely splurge on the occasional piece of dark chocolate, spoonful of dairy-free ice cream, homemade baked goods, and glass of wine, but it seems like my stomach is super sensitive and trying to tell me to something, so I'm going to listen.