After recently hitting my one-year anniversary of doing intermittent fasting (IF), my positive experience has made me its number one fan. If you're unfamiliar with IF, it involves choosing an eating window during the day when you consume all your calories. For the past year, I've been skipping a morning meal and eating from noon until 7 or 8 p.m. I've experienced nothing but amazing side effects including better digestion (bye-bye, bloat!), decreased belly fat, increased energy, and improved sleep. 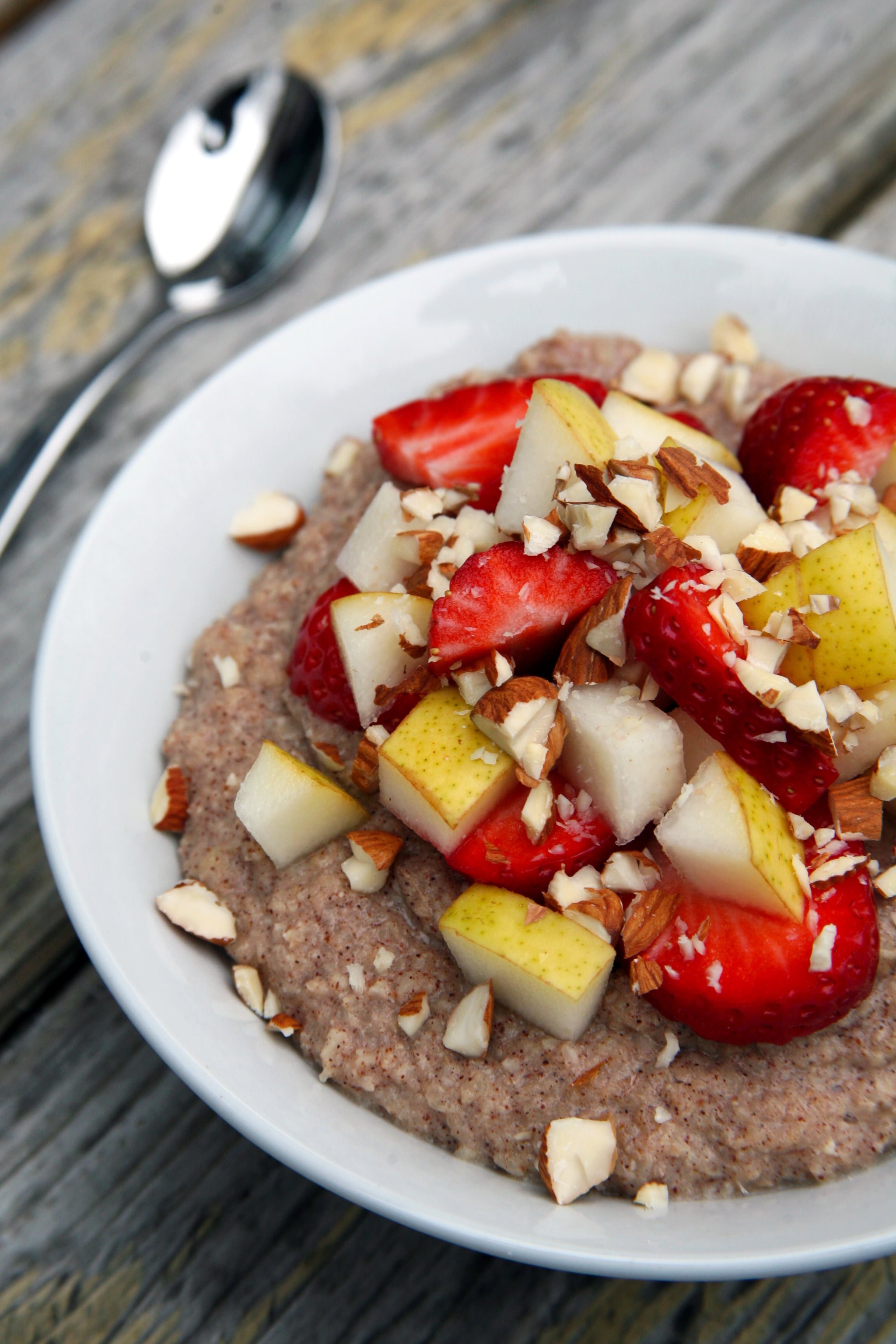 Aside from all of the above, I've been sick less often, I haven't experienced my usual seasonal and pet allergy symptoms, my skin looks clearer, old scars on my body have healed (weird and totally cool!), and I have reduced sugar cravings. I've been feeling better than I've ever felt in my entire life!

But what if all that has nothing to do with IF? As a personal experiment, I decided to see what would happen if I took a break from intermittent fasting. I wondered if I was feeling so good because of IF or if it just had to do with the fact that I was eating healthy and exercising regularly (which I've also been doing consistently for the past year). My plan was to take a break for at least two weeks, and then I'd assess if I wanted to permanently abandon the diet.

Instead of waiting until noon to eat, I had breakfast (my first meal) around 8 a.m. after coming home from my CrossFit class at 7:15 a.m. Some of my meal options included protein smoothies, oatmeal, avocado toast, tofu scramble, and homemade protein banana bread topped with almond butter.

I ate all my other meals and snacks and paid no attention to the clock at night. This meant having late dinners with friends or family well after 8 p.m. and enjoying late-night treats as late as 10 p.m. I gave myself absolute freedom when it came to when I ate and stuck to my usual healthy, veggie-packed diet.

I experienced the negative effects within one day. I was kind of shocked by this, but I immediately had uncomfortable bloating and other digestive issues. Within a few days, I also felt more sluggish, less focused, and less sharp. One of the worst issues is that by the end of the week, my hunger increased. I was hungry all day long. Hunger pangs even woke me in the middle of the night, and very unusually, I was hungry during my early morning workouts — that never happens! I'd eat breakfast, then two hours later, I'd be itching for a snack, and then I was hungry for lunch by 11 a.m. After the first week, I was ready to quit.

Then I thought, maybe it was just my body getting used to this new way of eating. I mean, it took me a few weeks to adjust to intermittent fasting, so I decided to stay with it for another week. I found that within those two weeks, I was thinking about food way more often during the day. I had a hard time sticking to my daily calorie goal and went well above on most days. I couldn't help it — I was hungry, so I ate! And as you may have guessed, I ended up gaining a couple pounds.

My cravings for sugar increased, probably because I was feeling so much less energized and was looking for a pick-me-up, and my face ended up breaking out. These cravings coupled with my insatiable hunger caused me to make less-healthy food choices, which of course contributed to more digestive issues. I was tired all the time, my workouts suffered, and I didn't sleep as well.

Another downfall to taking a break from IF was that because I was essentially eating all day long because I felt so hungry, I ended up spending more time preparing, eating, and cleaning up after eating and spent more money on food. Seriously. Nothing good came out of this break.

Well OK, one good thing came out — the clear realization that intermittent fasting is a must in my life because it offers me so many benefits. I know it doesn't work for everyone, but man, it really works for me. Having a seven- to eight-hour eating window allows my sensitive digestive system the break it needs to function normally. And for someone like me who can't stop eating once she starts, it also helps keep my hunger regulated.

Eating within a shorter period of time during the day also allows me to eat larger meals, which feels way more satisfying than eating five smaller meals and snacks, which frees my mind from obsessing about calories or foods I "shouldn't" eat. I also love that this is an easy way for me to maintain my weight, something I definitely think about as I'm now in my early 40s.

Intermittent fasting makes me feel so much better in all areas of my life. I'll tell you, after those two weeks were up, I was so happy to skip breakfast that following Monday morning and get back on track. It's taken me a few days to lose those negative side effects brought on by this little break, but I'm already feeling like my happy, energetic self!