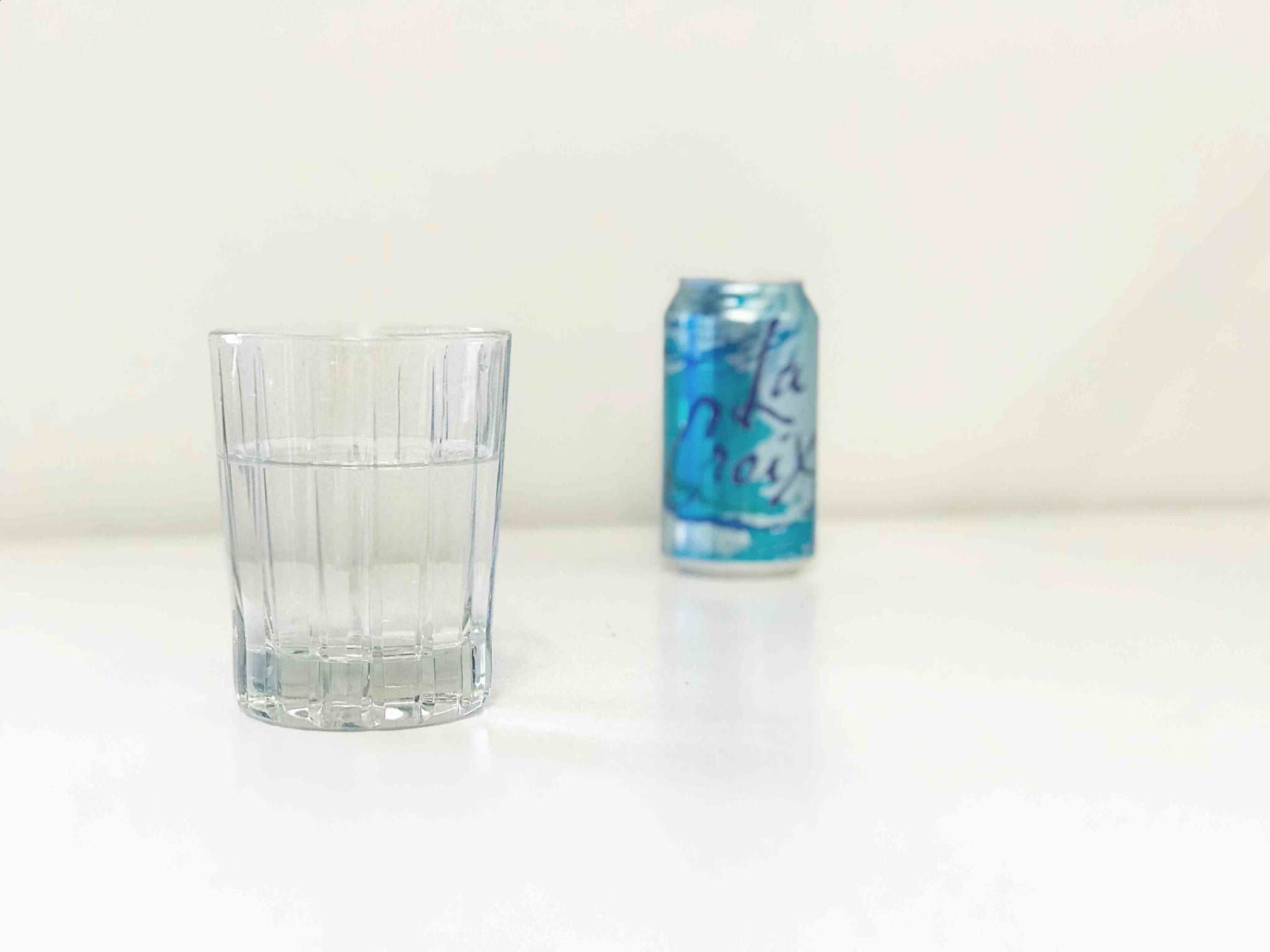 On average, I go through anywhere from two to five cans of LaCroix per day at work, then head home to sip from the bottle of San Pellegrino I keep in the fridge. I love bubbly water to the moon and back, and cutting it out of my life is akin to taking away sweets from a sugar addict. However, I have chronic stomach problems (I have my whole life). More recently, they have resulted in extreme bloating that lasts for days or even weeks. I rarely (if ever) get relief from my daily stomach issues and have tried plenty of elimination diets, ultrasounds, stomach medicines, and more to get to the bottom of the bloating and discomfort.

After experimenting with some other tried and true methods for relief of stomach problems, removing sparkling water was the next logical choice to test out the effects it could have on my body. Like any other carbonated beverage, drinks like LaCroix, San Pellegrino, and Perrier can cause gas and bloating due to the release of carbon dioxide into the digestive system. I drink a mix of no-calorie sparkling water and sparkling mineral water (i.e. Perrier, San Pellegrino, Topo Chico, etc.), which, in addition to carbonation, also have a small amount of sodium in each serving.

I've tried out things such as a low FODMAP diet, which is designed for those with irritable digestive systems (where symptoms such as bloating and gas are common). But I hadn't considered that what I was drinking — especially something that I consider my main daily source of hydration (about eight cups a day) — could be having a hand in my stomach situation. Curious to see if eliminating my favorite drink would have any effect at all on how I felt, I decided to cut out sparkling water of any kind for seven days, while generally maintaining the rest of my regular diet.

Related:
I Took Apple Cider Vinegar Every Day For 1 Week, and These Were the Results

1. I drank A LOT more water. Two things happened when I stopped drinking sparkling water, and one was completely unexpected. As I mentioned before, sparkling water has been my main source of hydration throughout the day, and I felt it was pretty sufficient. However, when I switched to still water, I found that I was drinking more water every day without even trying to. I'm not sure if it's because sparkling water is harder to chug since it's so bubbly, or if my body was simply craving still water and the way my digestive system received it, but I felt more hydrated over the course of the week. I didn't even miss my usual beverage as much as I thought I would (OK, the first day was a little rough) and got into a great habit of constantly carrying my water bottle with me wherever I went, which also played a part in my increased intake.

What didn't happen, unfortunately, was any drastic change in the extent of my bloating, which was what I was most hopeful for. Perhaps due to whatever other circumstances are the likely culprits of my stomach problems (stress, anxiety, a fun gum-chewing habit I have, certain foods I frequently eat, etc.), my bloating didn't magically disappear.

2. My stomach was much less gassy. The second very noticeable thing that happened was something I only really discovered after I reintroduced sparkling water back into my diet: I dealt with extra gas that I hadn't realized had more or less gone away throughout my bubbly-water-free week. When I started back up with my habit, the gas — or lack thereof — from the previous seven days became more apparent. So while my bloating didn't subside significantly, an aspect of my stomach problems was certainly successfully addressed!

I can't believe I'm saying this, but to an extent, I do plan on cutting way back on my sparkling water intake. Don't get me wrong, I won't be eliminating it completely, but my main source of hydration will now come from still water instead of bubbly. My goal is to save sparkling water for special occasions like dining out or pouring myself a glass when I really crave it rather than having it be the only thing I drink in a day.

We're all different, so your own experience could vary greatly, but the effects on my body from drinking less (or none at all) were overall positive. So, despite my love for the crisp and refreshing bubbly bliss, I can't deny the evidence health-wise from going seven days without it. As they say, everything's OK in moderation, and I plan to take that more to heart now with my sparkling water habit.