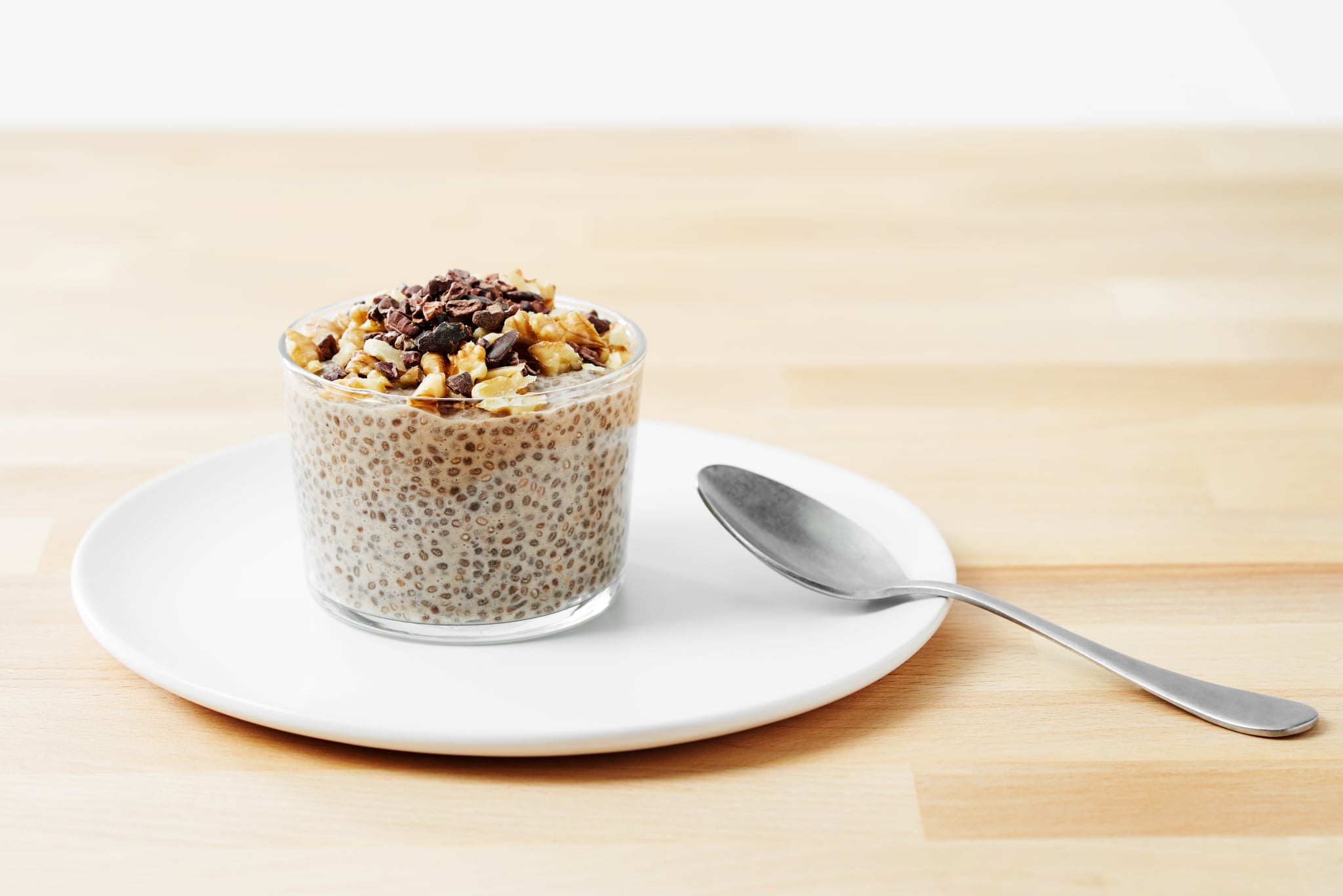 I became a vegan about two years ago, after an eight-month stint as a vegetarian. Before that, like most people, I had been an omnivore my entire life. While there were many contributing factors to my decision to go vegan, such as animal welfare and my own health, I can't pinpoint any one of them as the determining reason I made the switch. I just did it because it felt like the right thing to do.

Veganism isn't that simple at first. Animal products such as dairy, eggs, and honey can be lurking in all kinds of unexpected places. It's a big reason going vegan seemed much more intimidating to me than going vegetarian. But after building up to it for months — I often cooked vegan meals at home and ate vegetarian when going out — I knew I was ready to take the plunge.

To prepare myself, I researched the basics (like learning exactly what is and isn't vegan) and watched the first 20 minutes of Earthlings (which was all I could take), then jumped in headfirst the day after New Year's Day. Now, years later, I wonder if my transition would have gone more smoothly had I been aware of a few simple truths I learned from experience. If I could go back in time, these are the nine things I wish I had known before I made the switch.

People Are Going to Ask You a Lot of Questions

When I told my friends, family, coworkers, and even restaurant staff that I was vegan, I was unprepared for the onslaught of questions: Why did you go vegan? Can you eat this? Where do you get your protein? What's wrong with dairy? I never told people I was vegan unless it was necessary, but it still came up a lot.

It was overwhelming at first, especially since I was still new to this lifestyle. I didn't have all the answers, and I found that some people were trying to engage me in an argument over morality and ethics when all I wanted to do was eat my guacamole. Now I try to answer questions calmly and rationally and explain I am doing what feels right for me. It's hard to argue with that.

A common misconception about vegans is that they struggle to feel satiated because they don't have as many protein sources as omnivores. I found that couldn't be further from the truth. In the beginning, when I was still a novice cook and ate out a lot, I never thought about which foods would fill me up. I just ordered whatever was vegan, like a Veggie Delite sandwich from Subway.

As I became more comfortable in the kitchen and cooked my own food, as I now do almost exclusively, I make whatever I'm craving. In both instances, I eat until I feel full and never feel hungry. In fact, the only time I can ever recall being hungry since changing my diet was at an event I attended where there was zero vegan food available. The reality is that there are plenty of plant-based protein sources, including soy, beans, nuts, seeds, and quinoa. So the chances of any new vegan going hungry when they have all that at their fingertips are pretty slim.

You'll Learn to Cook (Out of Necessity)

Before I went vegan, cooking was a foreign concept to me, but I began experimenting in the kitchen after I came across so many crave-worthy vegan recipes online that looked way better than the vegan options I could find when eating out.

Pretty soon, I discovered that the food I made myself tasted a thousand times better than anything I could buy. If you'd told me a few years ago that I would eventually cook all my own (vegan) meals at home, I would've laughed at you. It's not something I ever thought I'd be good at or even enjoy (which I now do!), but if you're vegan and you're craving flaky seitan pot pie or fresh-from-the-oven banana bread, you kind of have to make it yourself.

Meals Will Look Different From What You're Used To

As an omnivore, I used to think that meals generally had to consist of a protein (usually meat), a starch, and vegetables (usually an afterthought). It wasn't until I went vegan that my definition of a meal became more flexible.

Now dinner can be a plate of roasted vegetables topped with a delicious sauce, lettuce wraps with lentil taco "meat," or a simple bowl of oatmeal with all the fixings. All of these meals are filling, tasty, and nutritious, yet they don't fit my old preconceived notions of what a meal should be. It took me a while to figure this out, but once I did, planning my meals became a much simpler process, and — bonus — I was eating a more varied diet.

It's virtually impossible to be a "perfect" vegan, meaning never ingesting anything that contains animal products or byproducts. And no matter the reason for becoming a vegan, I don't believe perfection should ever be the goal. Instead, I believe in doing the best I can to align my actions with my personal beliefs.

So eventually, as a vegan (and a serial perfectionist), I had to accept that I was going to mess up. Because, as expected, I made mistakes. I ate a few crackers once that I later discovered contained dairy. When eating out, I can't always be 100 percent certain that the food I am served is completely vegan, even though I politely request it to be. I'm doing the best I can, and that's all that matters to me.

Meal Planning Is Your Friend

I've come to know what my options are at popular restaurants and, until recently, lived near an awesome vegan diner. But I can't deny that it's more difficult to swing by Starbucks in the morning for breakfast as a vegan, and options are limited in the restaurants surrounding my office. So I quickly learned that planning ahead was my best bet.

I now decide what I'll eat each day for breakfast and lunch a week in advance and meal prep on the weekend. Just a couple of hours on a lazy Saturday morning means zero hassle all week. I don't have to worry about being stuck at work without a nutritious (and delicious) vegan lunch available.

You Can Veganize Just About Anything

A huge deterrent to going vegan for me — and probably for a lot of people — was the foods I'd have to give up. I didn't miss eating meat, but I missed the dishes I used to enjoy that had meat in them. And simply removing the animal products from a dish doesn't always work. Luckily, I discovered that it's possible to veganize just about any dish. I've enjoyed everything from "eggs" benedict with hollandaise sauce to creamy cheesecake to meatless meatloaf. At first, I'd search online for vegan versions of a recipe, but after becoming more confident in my cooking abilities, I began to veganize old favorites based on my own kitchen intuition.

I've always been an adventurous eater, but I never really incorporated new plant-based foods into my diet when animal-based foods were already taking up so much of my plate. But once I made room on that plate by foregoing meat, eggs, and dairy, branching out and trying new foods became almost second nature.

Soon, I was introducing foods I'd never tried before to my diet, like collard greens, dates, chickpea flour, and tahini. These new plant-based ingredients led to a more varied diet for me, too. Instead of eating just lettuce in my salads, for example, I'm now using spinach one day and kale, rainbow chard, or mustard greens the next.

It's Not as Hard as You Think

Giving up animal products, which most of us have consumed since birth, seems like an insurmountable challenge. And yet here I am, years later, realizing that it wasn't nearly as difficult as I'd feared. Of course, as with any major life change, there were obstacles, but they were obstacles I was able to face and eventually move beyond. And the benefits have far outweighed any difficulties. I'm eating food that's not only healthier, but it also tastes better and provides me with more energy to fuel my days. And I'm positively influencing the people around me, too: my boyfriend went vegetarian earlier this year, and my mom has been inspired to cook plant-based dishes more often.

In fact, I can honestly say that even though I was woefully unaware of all these things a couple of years ago, I wouldn't change anything about my decision to go vegan — except maybe I would've made the switch a lot sooner.