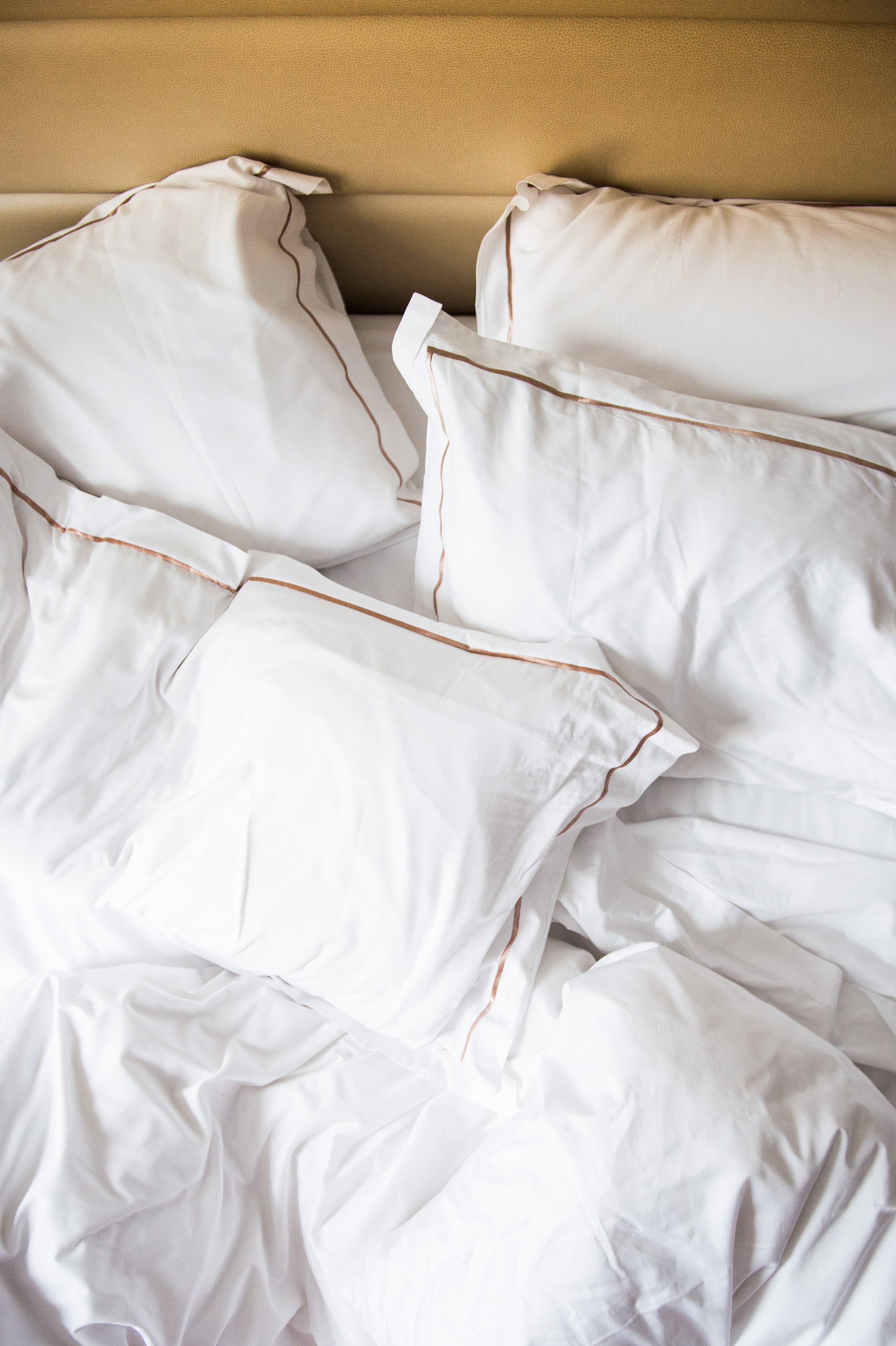 I am not a morning person. Being in bed is one of life's great comforts, and lounging in fluffy pillows and freshly laundered sheets brings me joy. I will not apologize for that. However, I have recently been inspired to increase my productivity; there are many little tasks around my apartment that just never seem to get done, and when I get home from work, sometimes I just want to lie down and scroll through my phone. Would waking up just a little bit earlier inspire me to accomplish more? Could I avoid the Instagram hole I sometimes (read: usually) start my day with? Would my mornings, now theoretically less rushed and more calm, set a positive tone for the rest of the day? I was truly excited to find out.

The first two days were not pretty. I expected to wake up like Cinderella, with the birds chirping and filled with excitement about the possibilities of today. That did not happen. In my notes, I have in all capital letters, "THIS IS AWFUL!" I felt like a zombie in the morning, and I couldn't get out of bed until I absolutely had to.

The second morning, I booked a workout class so I would be forced to hop out of bed, and I ordered a bunch of new books in hopes that I might be inspired to read in the morning, even placing one on my nightstand so there would be no excuses. Plus, I was excited to try a pre-workout apple cider vinegar tonic. Not only did I not crack open the book or make that tonic, I almost missed my spin class. I was writing down notes throughout the two days, trying to notice patterns or behavioral adjustments, and the one constant was that I had been going to bed past midnight. With only around six hours of sleep, no wonder I was cranky. 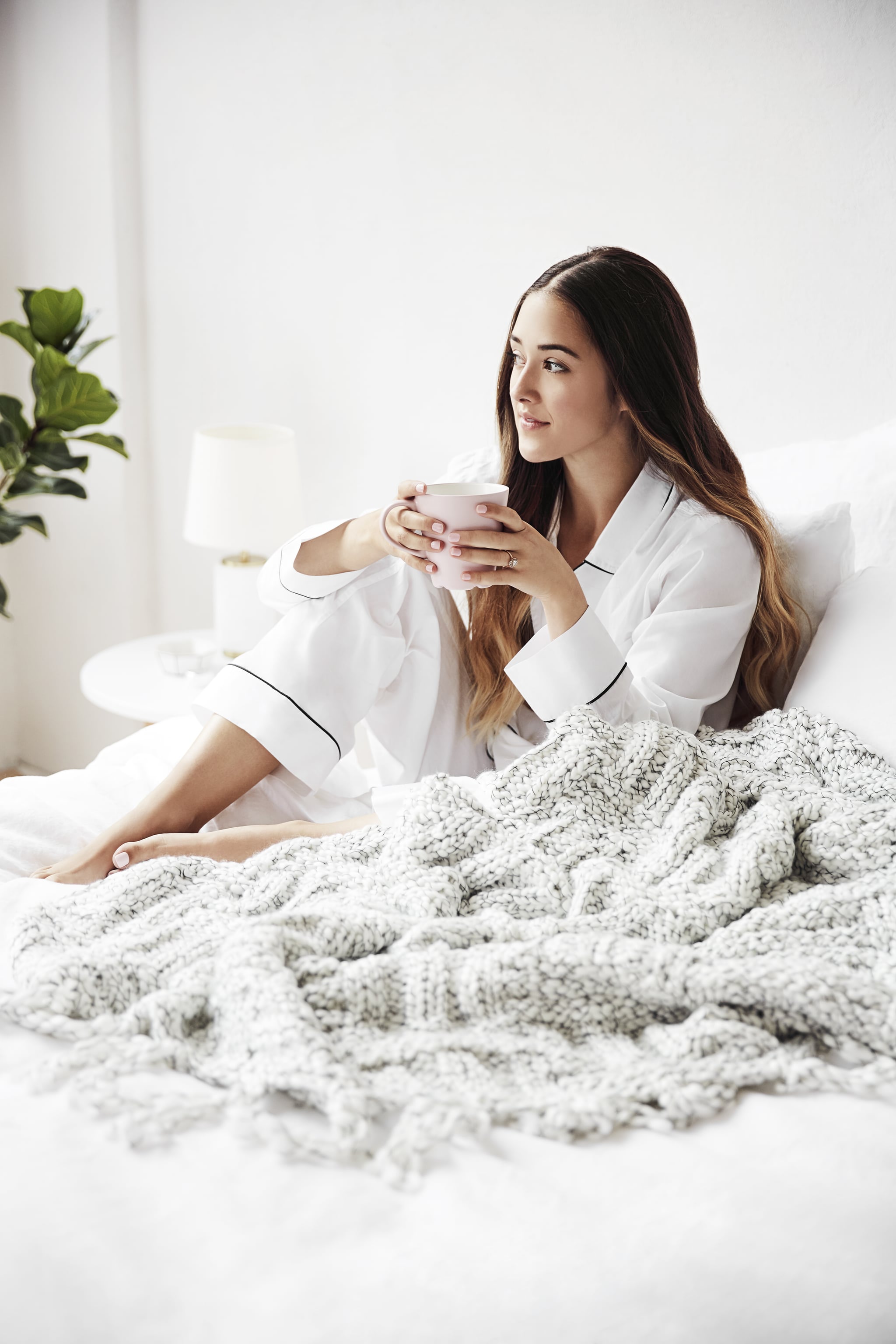 This whole experiment changed when I started going to bed earlier. It wasn't anything crazy; I was still meeting up with friends after work, but instead of catching up on a show or doing something else unproductive at night, I would just go to bed. Groundbreaking, I know. That extra hour or so of sleep actually made this whole experiment take on a new life. That first morning, I got up and put away all the clothes I had tried on the night before. The next morning, I made a cup of tea and actually got to drink it; normally I'm so rushed and busy that the cup gets too cold. And on the final morning of this challenge, I didn't look at my phone once. Not once! If that isn't progress, I don't know what is.

Related:
I Woke Up Early to Work Out Every Day For a Week, and This Was the Most Surprising Result

I was truly surprised how much my nighttime routine affected my mornings. When I go to bed late after watching too much TV, I feel groggy and lethargic upon waking up. If I shift my nights so that they end a little earlier and I'm not passing out to the familiar voices of Ross and Rachel, I wake up ready to start the day. It's embarrassingly simple, and it works like magic. Getting enough sleep is the one thing that made my morning routine 100 times more productive and relaxed, and now I'm finally getting around to reading those books. Plus, that ACV tonic is surprisingly delicious.