You heard of the freshman 15? For me it was more like the freshman 40. No joke. I was a recent vegan convert, and only having access to the dining hall meant living on pasta, bagels, french fries, and cereal (Fruit Loops are vegan!). I was a total junk food vegan. After seeing a photo of myself at my brother's wedding, it really sank in that I needed to change my habits and lose weight. 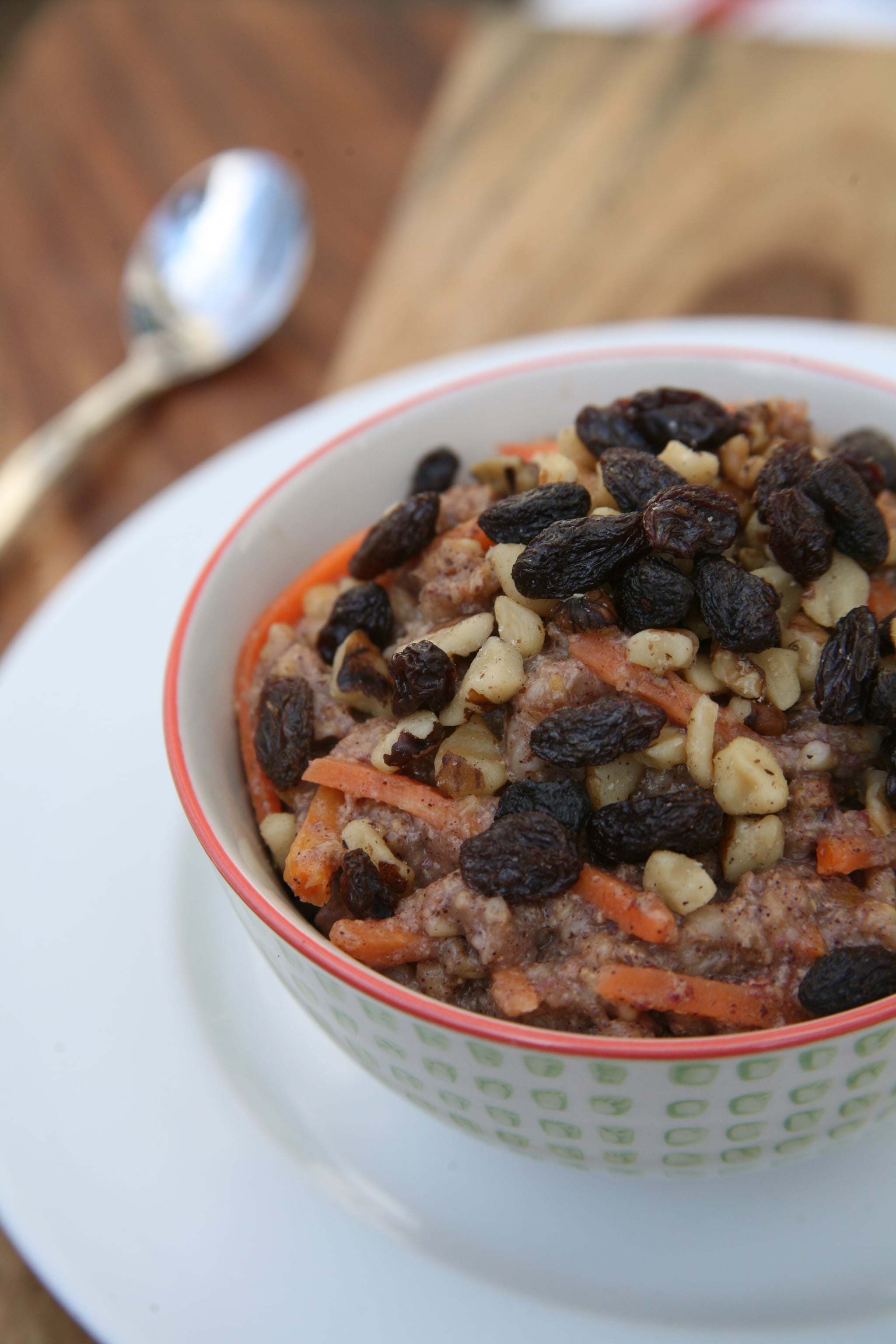 Fresh vegetables and fruits weren't part of my diet, so when I started incorporating those, coupled with running, the pounds started to fall off. But then I hit the dreaded plateau.

I instantly pointed my finger at carbs. It must be the whole-wheat pasta, quinoa, and oatmeal! But when I cut those foods from my diet, the scale still didn't budge. I actually started to gain weight. I was shocked and very frustrated. You better believe I ate a huge hunk of bread with my soup that night and said, "Eff this!"

OK, so it wasn't carbs. And my exercise routine was still going strong. One day I decided to write down everything I ate — every bite, every handful. And by the end of the day, I discovered a theme and I was shocked. The two healthy foods I was eating a ton of were dried fruit and nuts.

That day, I had eaten one-third cup each of raisins and walnuts on my oatmeal, snacked on an entire bag of dried mango (my addiction), smeared four huge spoonfuls of crunchy almond butter on my afternoon banana, and poured a tablespoon of salted sunflower seeds on my salad. And instead of just reaching for handful after handful of cashews after dinner, I actually measured — it was half a cup — over 300 calories in cashews alone!

I thought I was doing well by satiating my cravings for vegan ice cream and salty french fries with dried fruit and nuts. But the truth is, dried fruit and nuts and seeds are healthy, but they still contain calories — and TONS of them. I cut them out for two weeks, just to see if that was the issue, and the scale finally budged.

Learn from my mistake! If you're eating what you think is a healthy diet, take a look at portion sizes. Be mindful of calorie-dense foods like dried fruit, nuts, seeds, nut butters, avocado, oil, and whole grains. Dried fruit and nuts gradually made it back into my diet, but I'm more mindful of how much I'm eating. Instead of delving into a jar of peanut butter with reckless abandon, I arm myself with a tablespoon.