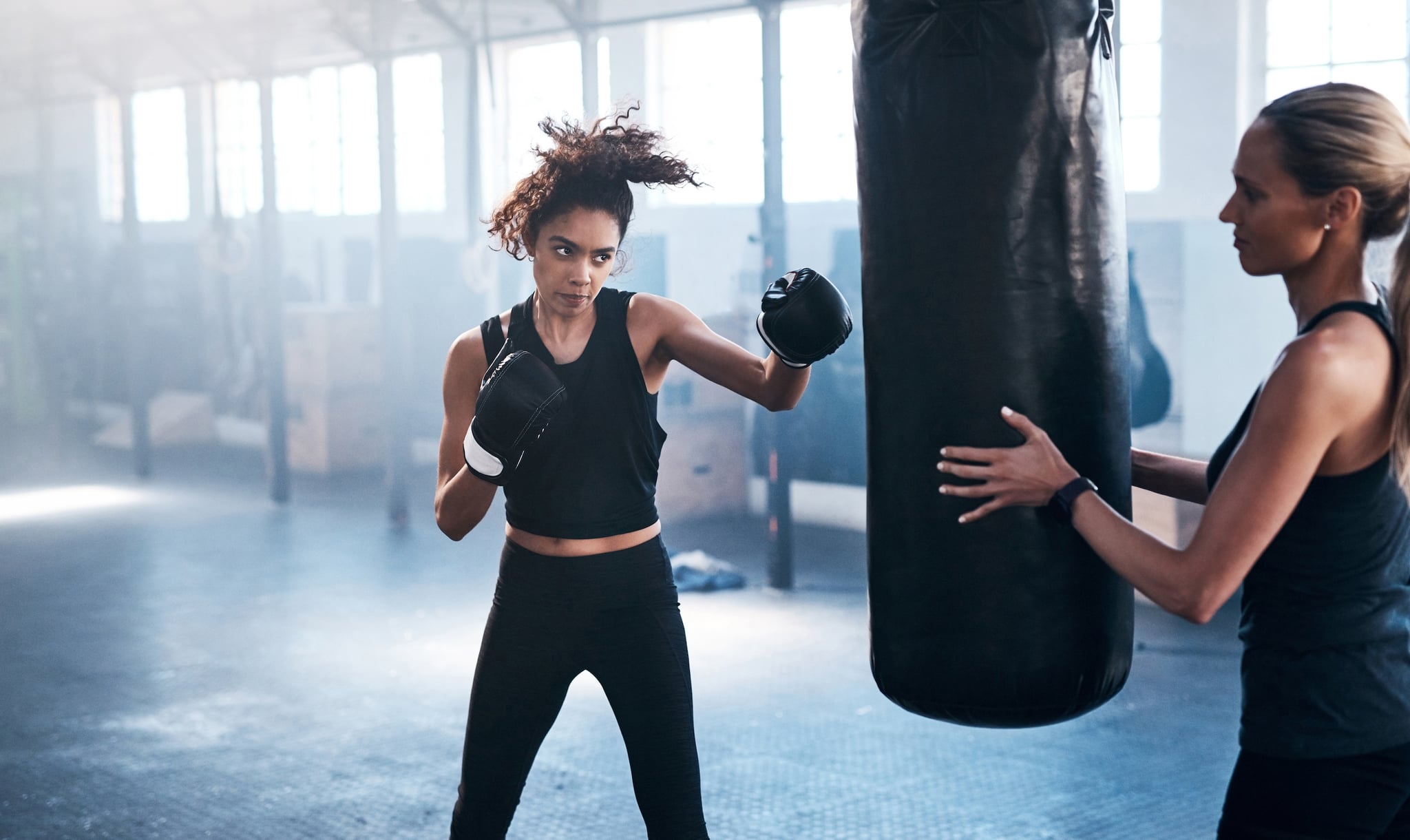 The popularity of boxing classes has skyrocketed over the past few years, and for good reason. The sport is a full-body workout that's beneficial for weight loss, strength training, and stress release. But throw a punch the wrong way and you lose all those perks — in fact, you'll probably be in a lot of pain.

Not quite fluent in boxing form just yet? We reached out to a boxing instructor to learn about the common mistakes beginner boxers make, plus tips on preventing injuries in the ring or by your bag.

Yep, how you stand while throwing a jab or performing an uppercut matters, and it's the first thing covered in class for beginner boxers.

"If the stance is too narrow, a beginner throwing punches with great force can produce unreasonable torque on the lower back," Rich Robinson, an instructor at Box + Flow in New York City, said.

To establish the proper boxing stance, Robinson said feet should be shoulder-width apart. When completing punches, boxers should rotate through the hips and pivot through the feet, with a pronation of the wrist/forearm.

"Beginners commonly forget that they have a lower half of their body, resulting in 'arm-punches' with a very narrow stance that often puts a lot of strain on their lower back," Robinson said.

In addition to lower-back pain, if thrown at an awkward angle, these arm punches can also result in shooting pain up the arm. The same goes if you hyperextend your arms, too.

Again, this is why that proper stance and utilizing your lower body matters so much!

Bending your wrists while punching could lead to mild discomfort or worse, Robinson said.

Beginners tend to unnecessarily bend their wrist as they land punches, which can easily lead to mild discomfort at best, a sprained wrist at worst, or a hairline fracture in the extreme. In addition to watching your form, you'll want to invest in quality gloves and wraps, which will help protect your hands and stabilize your wrists.

Robinson suggested warming up the entire body before class. Try high knees and glute kicks to warm up the quads, hamstrings, and glutes.

"I like jumping jacks or highland jacks to activate the lats, deltoids, and pectorals a bit before we start demanding more of those muscles," he added.

Robinson mentioned that cross training can make you a more conditioned athlete, which could make you less susceptible to injury But your best bet for avoiding aches and pains?

Related:
Can You Work Out When You Have Sciatica?
Image Source: Getty Images / Hiraman
Join the conversation
BoxingFitnessInjury Prevention
Latest Fitness