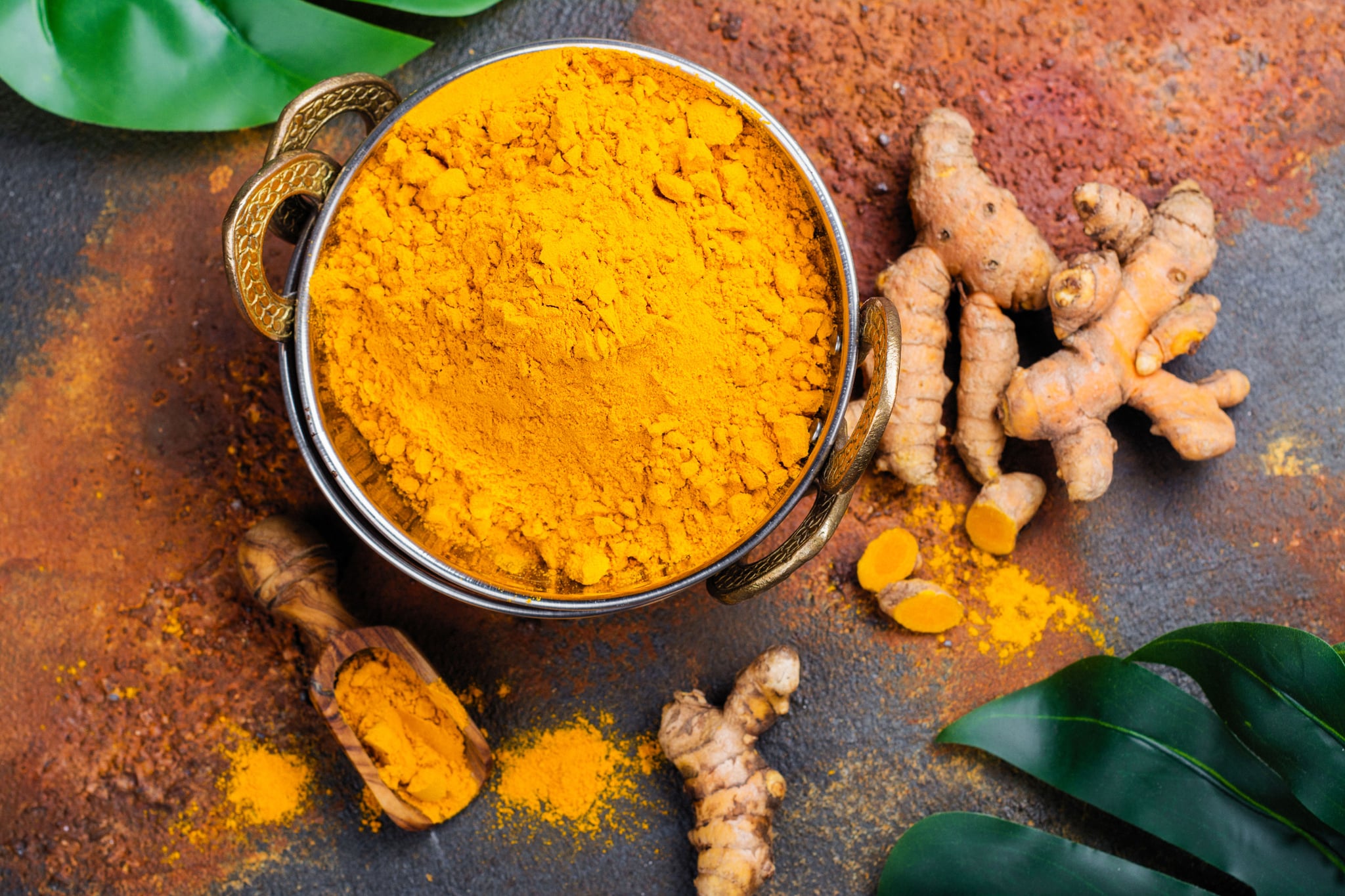 Stocking your fridge with colorful fruits and veggies and fish high in omega-3s are great steps toward following an anti-inflammatory diet — but don't forget to survey your spice cabinet. According to Krista King, RDN adding turmeric — a spice and medicinal herb originating in Southeast Asia, and what gives curry its yellow color — to your meals can come with anti-inflammatory bonuses, too.

"Curcumin is the bioactive compound found in turmeric and is best known for its anti-inflammatory and antioxidant properties," King says. "This means it can help to reduce inflammation and scavenges free radicals that can damage cells."

While King says that turmeric is well-tolerated by most and is generally safe to consume — especially in the food form — it may not be advised for everyone. King suggests anyone with the following health concerns to check in with a doctor before adding turmeric to their diet: bile duct obstruction or gallstones, bleeding disorders, diabetes, gastroesophageal reflux disease (GERD), hormone sensitive cancers / conditions, iron deficiency, pregnancy and breastfeeding, and infertility. Though, as a general rule of thumb, you should always check in with your doctor before making any changes to your diet.

Turmeric comes in different forms — and its form also depends on its potency. For example, King says that one teaspoon of ground turmeric contains about 200mg of curcumin, though it can vary, while the nutrients found in fresh turmeric root will be more easily absorbed and usable by the body. One downside, though, is that fresh turmeric root obviously has a shorter shelf life than the ground spice.

King says that 500mg per day of curcumin is a general recommendation — but again, you'll want to get personalized advice from your doctor.

"It's important to note that the curcumin in turmeric is not absorbed well in the bloodstream, but pairing turmeric with black pepper will help increase absorption due to a compound in black pepper called piperine," King says.

This tip will come in handy when trying some of King's easy turmeric-enhanced meal ideas! During breakfast, King suggests adding turmeric to oatmeal or chia pudding, or you could make golden milk using 1 tsp of turmeric, a sprinkle of black pepper, and your favorite iced or heated milk.

King says a turmeric anti-inflammatory smoothie can be mixed up with banana, coconut milk, your favorite protein powder (King suggests vanilla!), and a dash of black pepper.