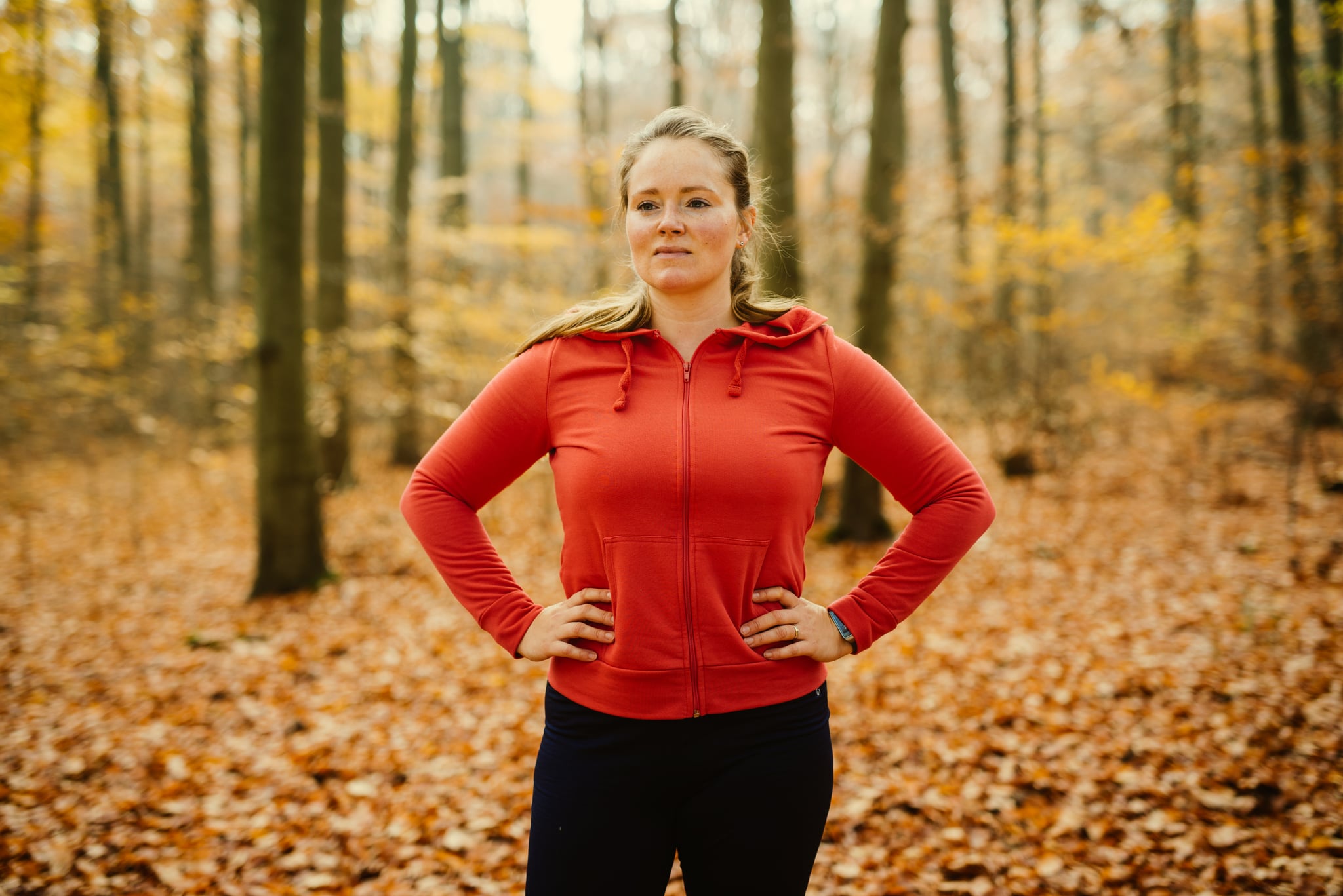 How long it takes for you to get to your goal weight all depends on your body and your weight-loss methods. Generally, you can healthily lose half a pound to two pounds in a week, Jim White, RD, owner of Jim White Fitness and Nutrition Studios and ACSM-certified personal trainer, told POPSUGAR in a previous interview. So, after five weeks, you may see a loss of up to 10 pounds. It's also all about sustainability (which we'll touch on more later). Put simply, if you start a routine of restrictive dieting and working out that you can't maintain in the long-term, maintaining the weight you've lost will be incredibly difficult. Ahead, we spoke to two experts on why it's easier to regain weight after you've shed pounds and how to avoid it.

Why Do You Regain Weight After Losing It?

Your metabolism actually slows down when you lose weight. Eduardo Grunvald, MD, FACP, medical director of the UC San Diego Weight Management Program, explained that our bodies are biologically evolved to defend against weight loss, not weight gain. "When your metabolism is slowed down and your hormones are telling your brain to eat more, it is much easier to wind up with a calorie surplus than it is to have a calorie deficit during weight loss. In other words, it takes a lot of effort to fight our biology, but not too much effort to help it do what it wants to do, regain the lost weight."

Dr. Grunvald said that there is some evidence that when you regain lost weight, you're actually going to gain a higher percentage of fat mass than you started with. It's not completely clear why that is, he said, but "it may be that your appetite and weight regulation centers in the brain are hyper-stimulated until your fat mass or lean body mass returns to baseline. When that happens, you've already gained a lot of fat mass back." Plus, as he mentioned before, it's easy to eat in a calorie surplus after weight loss because your metabolism has already slowed down.

Holly Lofton, MD, director of the Medical Weight Management Program at NYU Langone Health, further explained, "The body is essentially designed or evolved to tolerate only certain amounts of famine, aka caloric restriction, before it starts slowing metabolism down and, thus, we stop losing weight and we gain it." Your body goes into preservation mode and increases your hunger hormone, too, she said. When you lose weight, your body still works the same physiologically and will respond to food and exercise the same way it did before, "but there's less of you," she noted, "so your caloric requirements are lower." If you wind up eating more when you actually need fewer calories, the weight will come back on. Here's one way to calculate how many calories you should be eating per day for maintenance.

Going off of that, if you've reverted back to your old lifestyle habits, or just stopped working out and/or eating well, your body will respond accordingly. "If you've lost weight and now your lifestyle changes in the wrong direction, then you're going to see very rapid weight regain," Dr. Grunvald said. "Most people tend to think about weight loss as a finite endeavor, where you're going to lose weight in six months and then you'll be good. And that's usually not the case because as soon as you stop the vigilance, your weight will usually come right back up."

How Long Does It Take For You to Regain Weight Back?

Dr. Grunvald said it depends on the person and the circumstances, but if you've reverted back to your old habits, you'll gain the weight back "a lot faster" than you originally lost it. Dr. Lofton agreed that if you weren't actively trying to maintain your weight after you reached your goal, you'd gain the weight back much faster than if you tried maintaining it. It's hard to say exactly, Dr. Lofton admitted, but "definitely within less than a year, you can regain all of the weight back."

She also pointed to a study published in the New England Journal of Medicine that showed that even people (overweight or obese) who tried to maintain their weight, after going on a partial liquid diet for 10 weeks and being given strict, personalized instructions for calories to eat and exercise to do afterward, regained a majority of the weight back within a year follow-up period. The authors of the study wrote that their findings, which delve into appetite and hormones, suggest that a "high rate of relapse among obese people who have lost weight has a strong physiological basis and is not simply the result of the voluntary resumption of old habits." (It's important to note that those patients underwent a rather short-term and intense diet regimen; they didn't lose weight over the course of a year or longer.)

Dr. Grunvald said that people who've lost weight and kept it off for a long time find success in increasing their physical activity — this is based on data collected from the National Weight Control Registry (which he talked more about with us in a previous interview). Dr. Lofton agreed that increasing your activity is a good idea.

She explained, "Your metabolism is slower because you're a smaller person so, as you're losing weight, you need to create a deficit." When you're trying to maintain the weight, you have to stay isocaloric, meaning you don't need a caloric deficit by burning more calories than you take in; you just need to be consistent in how many calories you're eating. "If that's 1,200 calories and one day you eat 1,300, it's not a big deal if you're exercising 200 off every day," Dr. Lofton said, adding, "So even if you have those days where you eat a little bit more, if you've created some deficit with exercising, it can all even out over the course of a week or a month."

But, if you eat over your calories a little bit every day without considerable amount of exercise, that will lead to weight increase over time, Dr. Lofton said. "Even if you had 10 M&M's a day, over a year that's going to lead to 10 pounds weight gain. So that's a small change in calorie intake that can lead to a big change in weight," she explained. "Whereas if you're exercising, you can create some sort of deficit where you can afford those extra calories on some days." Dr. Lofton also noted that though your metabolism slows down when you lose weight, you can boost it after the fact by gaining muscle.

A few slip-ups won't hurt you — though, again, it depends on a lot of factors and depends on the person, Dr. Grunvald noted, stressing that you really need to be vigilant if you're looking to maintain your weight. "Weight loss is a chronic management effort. It's a marathon, not a sprint," he said. For example, he pointed out, some people will get frustrated if they reach a weight-loss plateau — which you can get out of by adjusting your exercise routine and/or calorie intake — and will give up on their weight-loss goals altogether.

From the beginning of your weight-loss journey, pick diet changes that work best for you and ones that you can easily maintain after you've reached your goal. Do the same for your workout regimen. That also goes for maintenance, too, as mentioned earlier. This way, your body won't be shocked if you want to increase your activity along with your calorie intake post-weight-loss, Dr. Lofton noted. And, Dr. Grunvald concluded, "People have to find the right balance between leading a healthy lifestyle, but not making themselves miserable so that they can't keep up with the behavior changes." Sounds good to us.