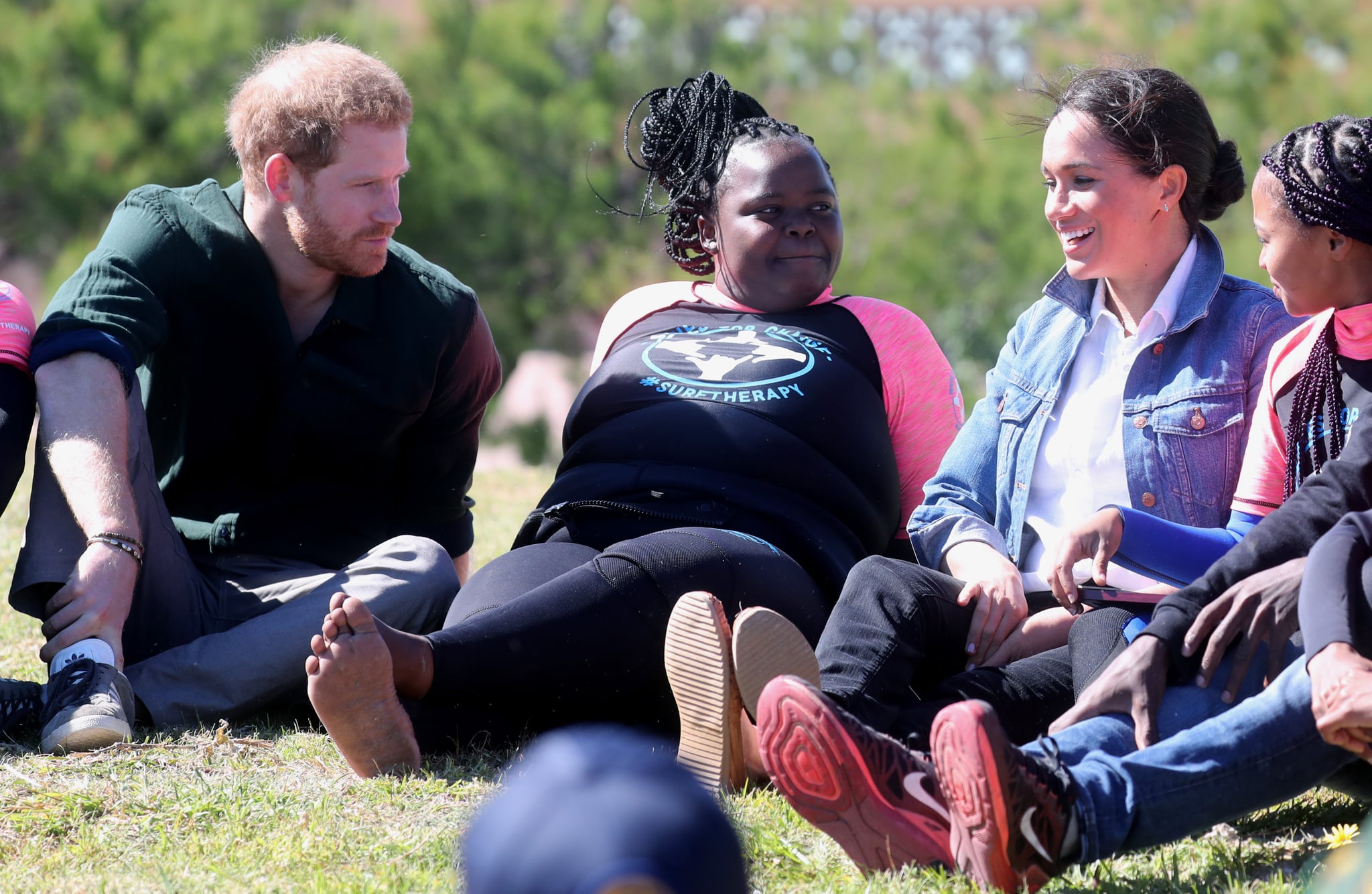 When Prince Harry and Meghan Markle talk about mental health, they aren't just opening up about their own experiences — they're on a mission to dispel the stigma surrounding mental illness. The new parents are currently on their royal tour of Southern Africa, and on Tuesday, they stopped by Monwabisi Beach in Cape Town to talk about emotional and mental health with the organization Waves For Change. Harry and Meghan are often talking about the importance of these fluid conversations, and this time, they spoke about it on a global level.

"You see that no matter where you are in the world, if you're a small community or a township if you're in a big city — it's that everyone is dealing with a different version of the same thing," Meghan said, according to People. "Globally, I think there's a bit of a consciousness crisis, and so the fact we're able to be here together to see on the ground so much good work that's being done, just because people are willing to talk to each other about it and someone's willing to listen is huge . . . [It] doesn't matter where you are, we're all sort of trying to power through and find some optimism."

"We're all sort of trying to power through and find some optimism."

He added, "Everyone has experienced trauma or likely to experience trauma at some point during their lives. We need to try, not [to] eradicate it, but to learn from previous generations so there's not a perpetual cycle."

Waves For Change is a non-profit organization focused on surf therapy and mentorship to deal with emotional and psychological stress in some of the most at-risk areas across South Africa. Prince Harry and Meghan joined them on the beach for a group bonding exercise and the candid conversation about mental health.