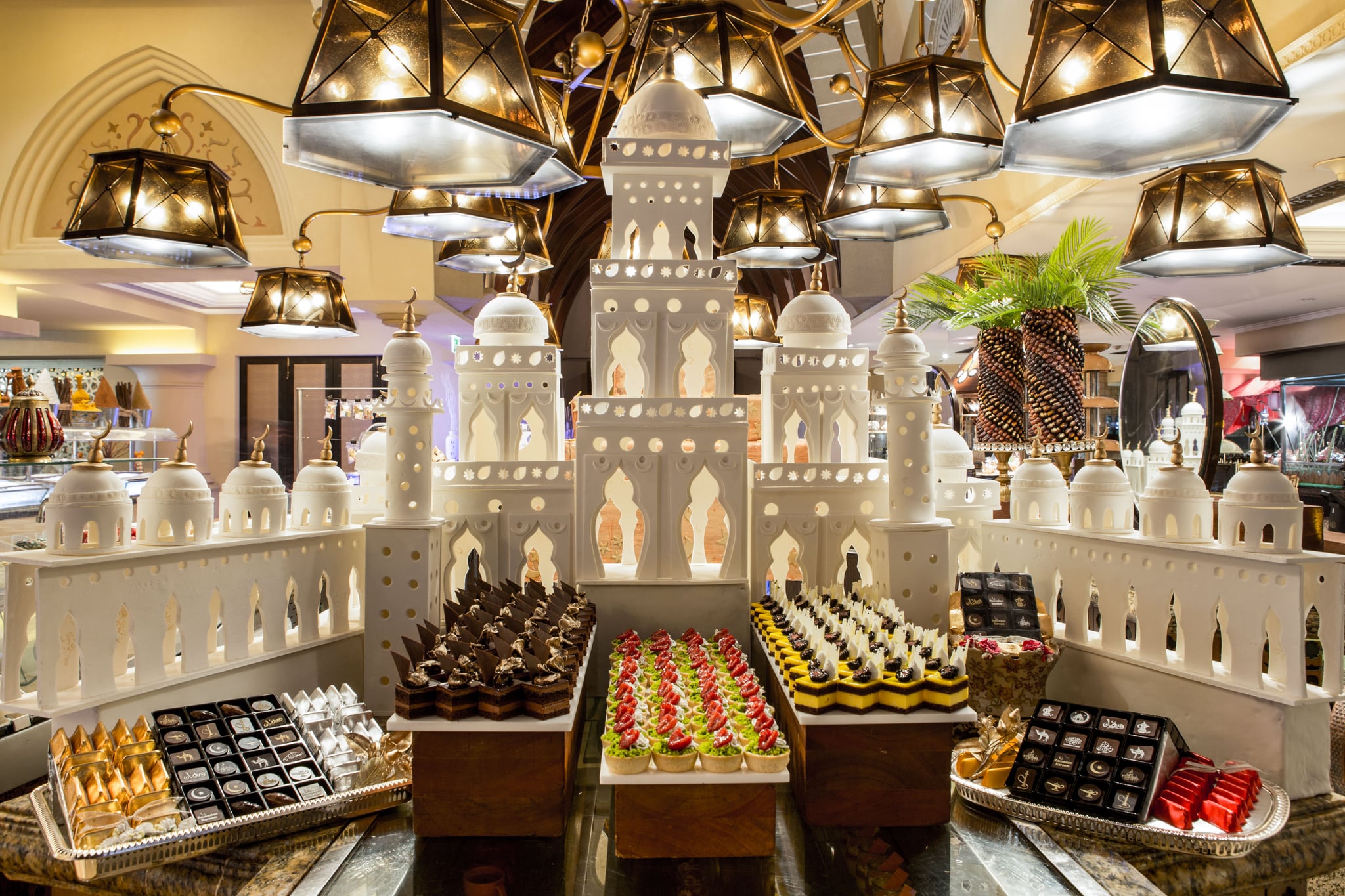 Ask anyone - even Rihanna - and they'll tell you the Grand Mosque in Abu Dhabi is a must-visit destination.

But the attraction in the UAE's capital has some competition, in the form of this sculpture made of powdered sugar.

The figure was created - much to the delight of guests - at the Shangri-La Hotel, Qaryat Al Beri, in the Emirate.

Diners at the Sofra bld Grand Iftar can flock around the dessert area to stare at the sculpture, which weighs 91.7kg and took six days to build.

Engineering and pastry teams worked together for the Ramadan piece, which has been made in previous years but to a smaller scale and size.

So what did it take to make it? 70kg of sugar, 14kg of corn flour and 770g of gelatin. To make it look especially striking, 10 meters of LED lights were installed with five VLED drivers.

For 2016, there are two creations on either end of the dessert station, with three chocolate-flavored fountains.