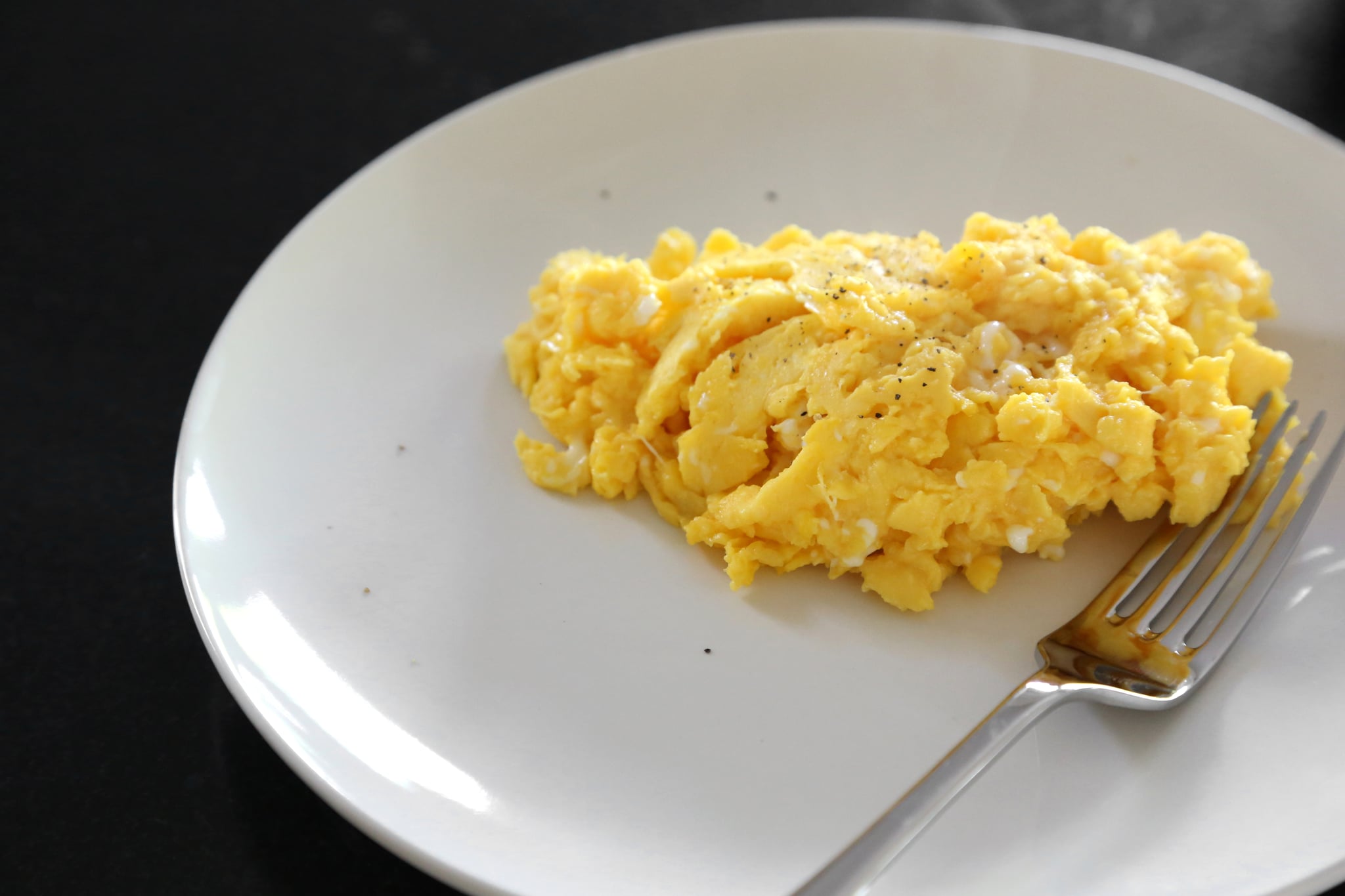 When it comes to the best way to scramble eggs, chefs tend to disagree. And one chef who embraces an entirely back-to-basics, no-frills approach is Anthony Bourdain. Bourdain describes his perfect scrambled egg in a video and makes it clear there's one thing you should never add to to the equation: dairy. "I just don't feel that milk or cream adds anything. I believe that a scrambled egg is principally about the egg," the chef says in the video. "You're not making a quiche here," he says. In his Appetites cookbook, which is filled with recipes that Bourdain thinks everyone should know how to cook, he describes his go-to method of scrambling eggs. Ready for it?

Start with fresh eggs, and get a hot — but not too hot — pan going. Crack the eggs on a flat surface before dropping them into a bowl to prevent any shells from sneaking in. Beat them with a fork, but don't overbeat them; you want to have a ripple of white and yellow instead of an entirely yellow mixture. Into the hot pan, drop plenty of whole butter until it's foaming, followed by the beaten eggs. Allow the eggs to form a little bit before beginning to gently move them around in a "figure-eight pattern," as Anthony describes. The final product should be fluffy, airy, and rippled.

So there you have it. Unlike Alton Brown, who scrambles his eggs with whole milk, or Chrissy Teigen, who makes "cheesy" cheeseless scrambled eggs with heavy cream, or Paula Deen, who claims adding water lightens them up, Anthony Bourdain omits any of these additions for a basic, buttery egg.