The first thing I said when I saw that Burger King released an extralong burger smothered in butter sauce was "gross," followed by, "I'll be right back." I was intrigued because Jack in the Box's butter burger came to mind, and I was hoping BK would deliver the same herby, oozy butter sauce that was so tasty I was embarrassed about how much I liked it. I mean, Burger King's looks kind of good, right?

Image Source: POPSUGAR Photography / Erin Cullum
And the one thing it's missing? BUTTER. If you're going to eat the 710-calorie grease bomb, you want to taste it, and the supposedly butter-slathered patties just tasted like your average Burger King burger (which I'm not going to pretend I didn't enjoy). But if I'm promised a butter burger, that's what I want, and the butter "sauce" is almost impossible to detect. Note: the layer of white sauce you see on Burger King's official photo is mayo, and there's no mayo on this one, so don't be fooled. Keep this in mind when your craving for a butter burger strikes (no shame) and you're trying to decide between Burger King and Jack in the Box. 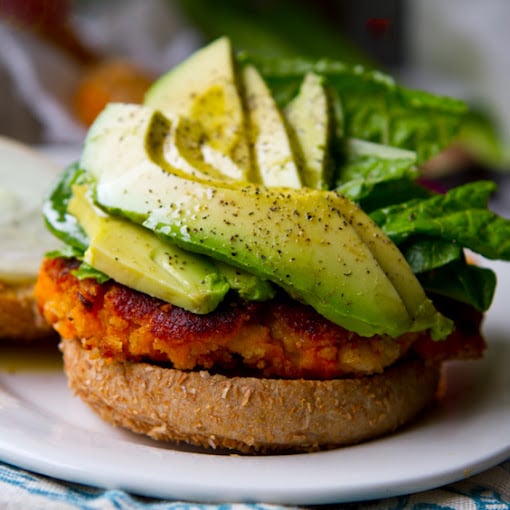 Burgers
This is How to Make One of the Best Veggie Burgers on the Planet - Slight Exaggeration, but It's Delicious
by Michele Foley 02/8/19
Latest Recipes, Menus, Food & Wine