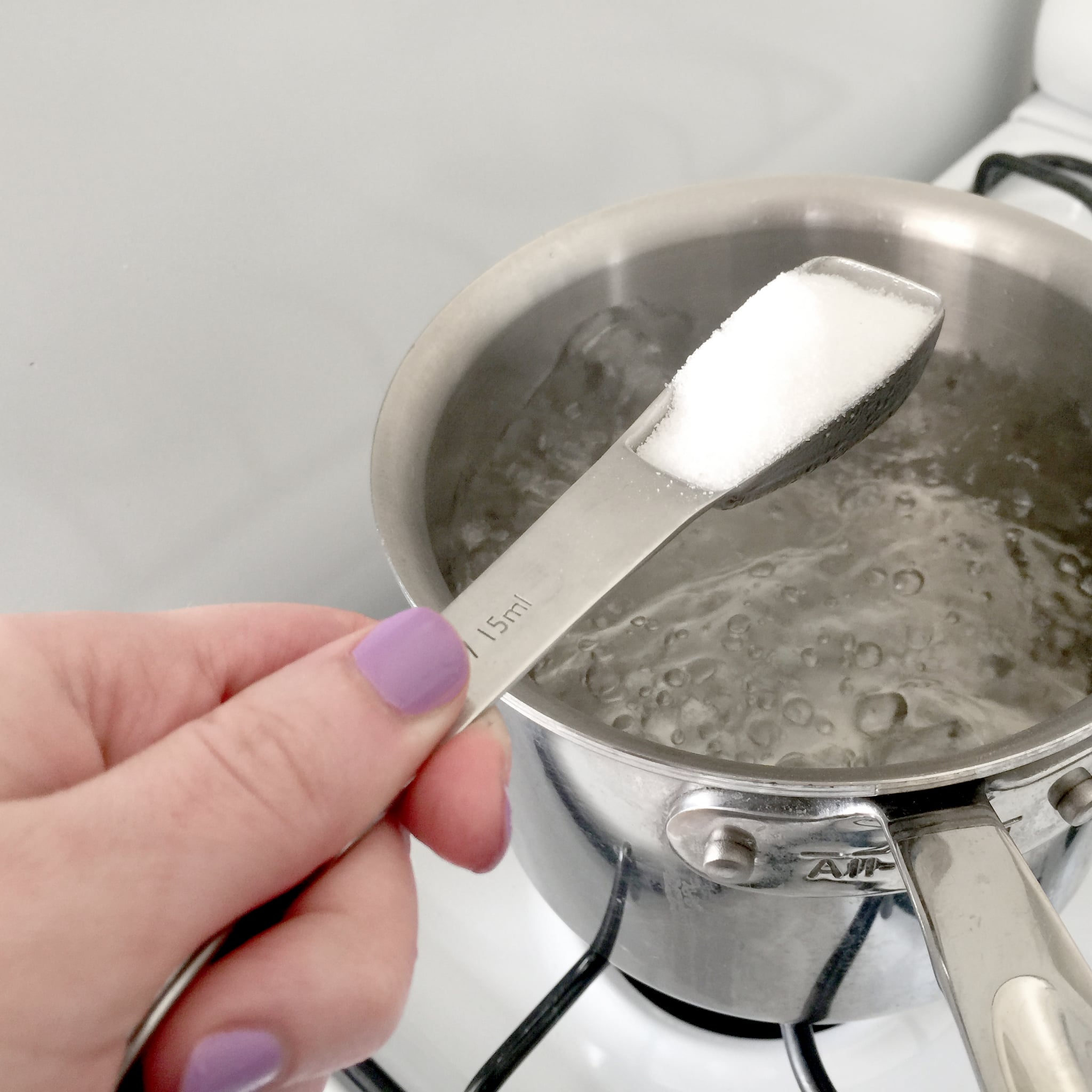 Figuring out which kind of salt to use can be confusing. Kosher, table, flaky sea salt . . . what's up with all the different variations, and do they all do the same thing? The short answer is "no." The truth is that every salt has a different weight and salinity, so it's important to get to know the differences. If a recipe calls for a teaspoon of salt, the resulting dish could vary in saltiness depending on what type you're using. Ahead, get a breakdown of the three most common types of salts used for cooking and baking, and discover what makes them different (and which one you might want to avoid). If you've always wondered which one is best to keep stocked in your pantry, you'll say goodbye to any guessing games.

Kosher salt, which is made from salt crystals and is not usually iodized, is the go-to salt of cooks and chefs everywhere. It has coarse grains, which make it easy to pick up with your fingers and evenly distribute on food. Diamond Crystal Kosher Salt is said to be less salty than another popular brand, Morton Kosher Salt, and the space between the grains makes it less likely to over-salt. But no matter which brand you choose, kosher salt is great for seasoning meat, pasta water, and any foods, really, plus baking. It's pure salt with no additives, and it's the one you should always have stocked in your pantry.

On a recent trip to Sonoma, CA, where I shared a meal with the chef from Stonewall Kitchen, I learned an important difference between table salt and kosher salt. Table salt often contains dextrose, which is a sugar made from corn, and it's chemically identical to glucose. In other words, the salt isn't pure — natural salt already contains natural chemicals, but when it's processed into table salt, it likely also contains unwanted additives, such as dextrose and iodine. That's not the only difference you'll notice if you accidentally buy table salt instead of kosher, as I once did. The texture of table salt is super, super fine, and it tends to clump. For that reason, anti-caking agents are often added to keep it from sticking together. Some people cook with table salt, but I've been told to avoid it and stick to kosher.

As its name would suggest, sea salt is evaporated from the sea. Most chef's go-to sea salt is La Baleine Fine Sea Salt for baking applications (the fine crystals melt and disperse flavor evenly in batters and doughs). Another favorite is Maldon Sea Salt, which has larger, pyramid-shaped flakes perfect for sprinkling on top of finished dishes, including desserts like chocolate chip cookies. Chefs like Hugh Acheson even use Maldon for sauteing vegetables to give them a slight crunchy texture as the salt crystals dissolve slower.