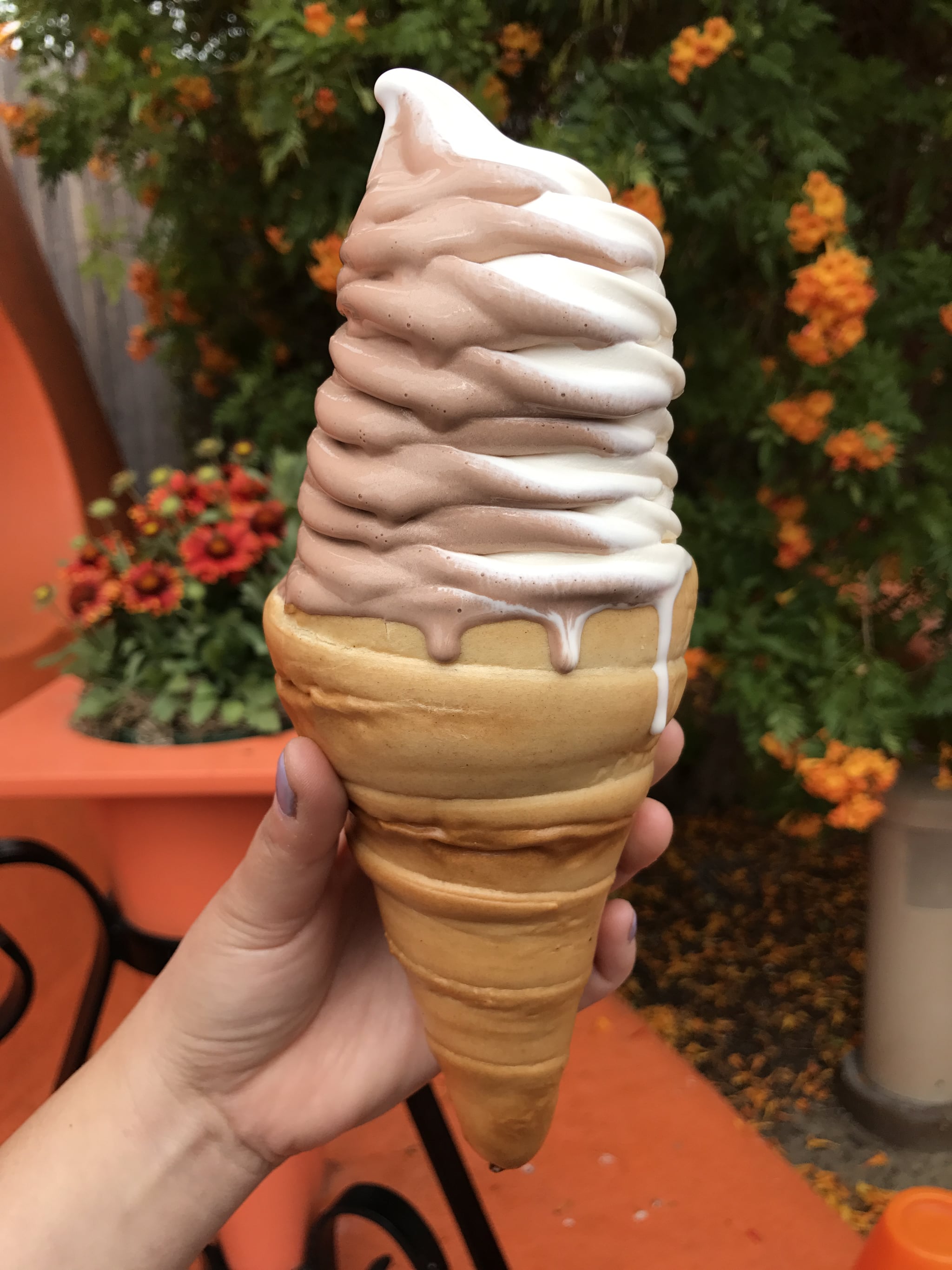 The Mac 'n' Cheese Bread Cones at Cozy Cone Motel inside Disneyland's California Adventure and the sky-high ice cream cones are stuff of legends. What if I told you that you could combine the two for a frosty cone that tastes pretty much exactly like dipping fries into a shake? 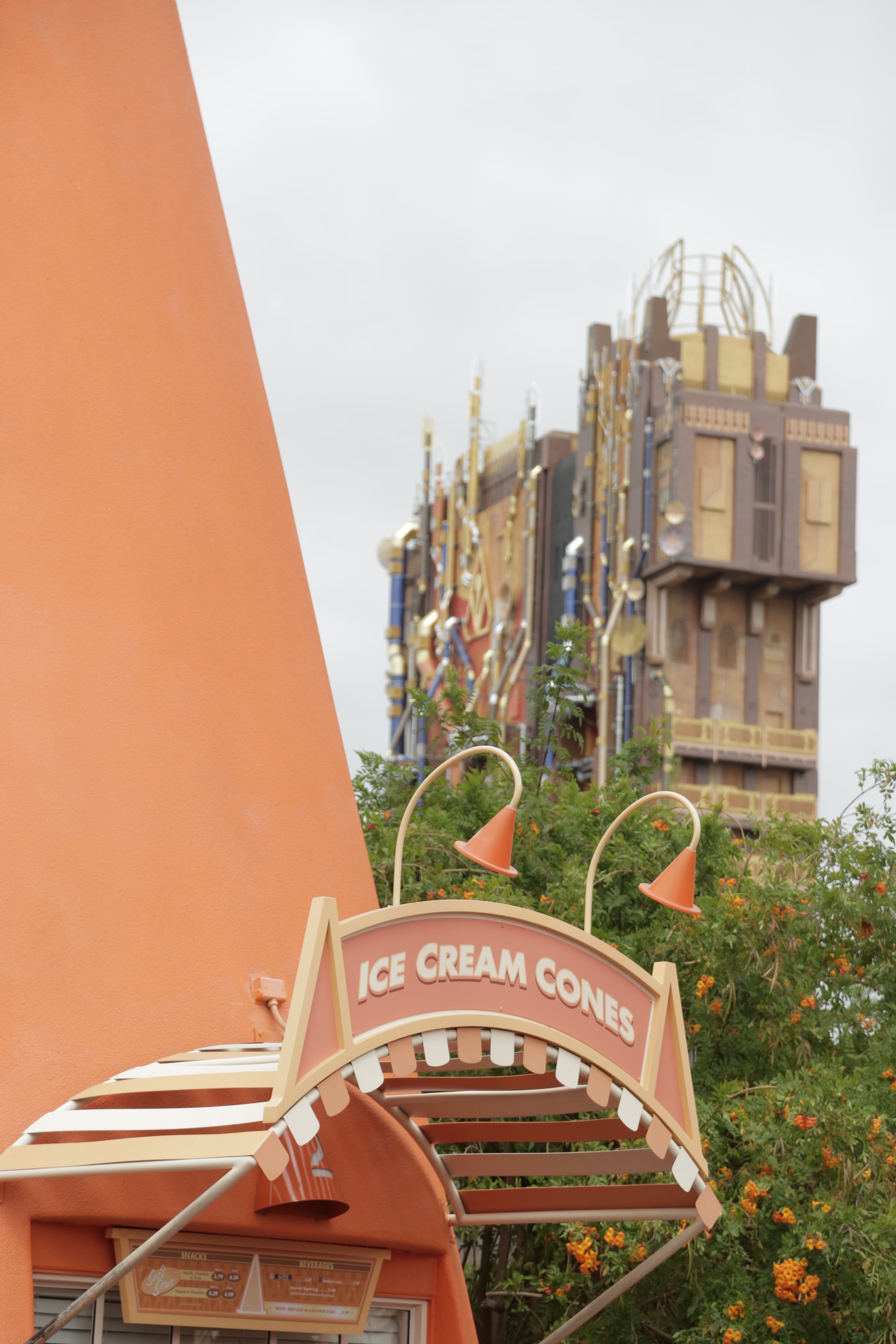 First order a savory cone, but ask for the filling "on the side." I had bacon mac 'n' cheese and snacked on it while waiting in the ice cream cone line. Unfortunately, Disney won't simply fill your empty bread cone with ice cream, but there's a workaround. Order up a large ice cream cone (why not), and then, very carefully, unwrap the paper surrounding the cone and drop the ice cream (waffle cone and all) right into your bread cone. 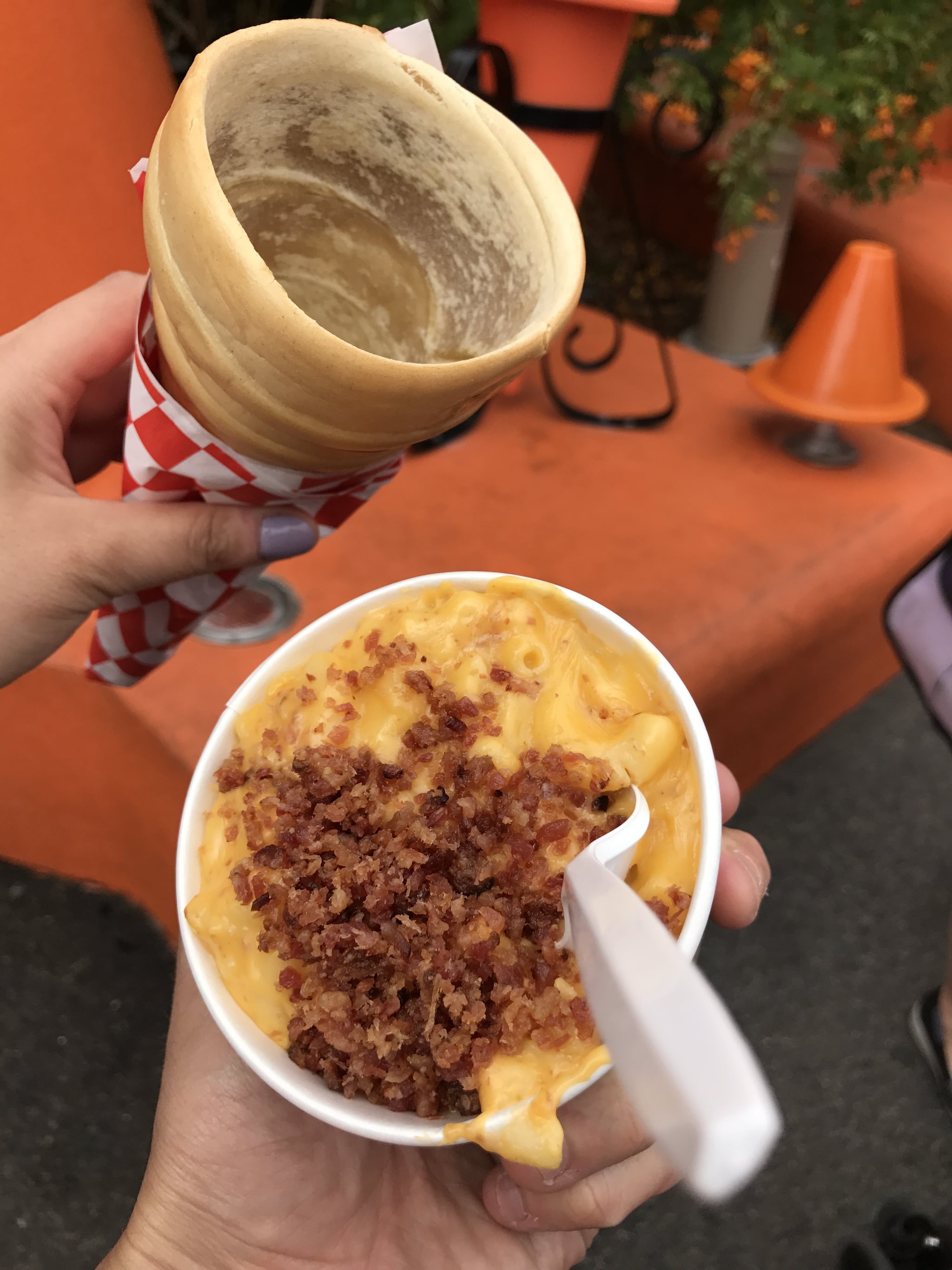 Voila! You've got yourself the perfect treat. Now be sure to rip off some pieces of the bread cone and use it to sop up the melty ice cream before it gets all over your hands. What other Disneyland food hacks have you seen out there? Let us know!