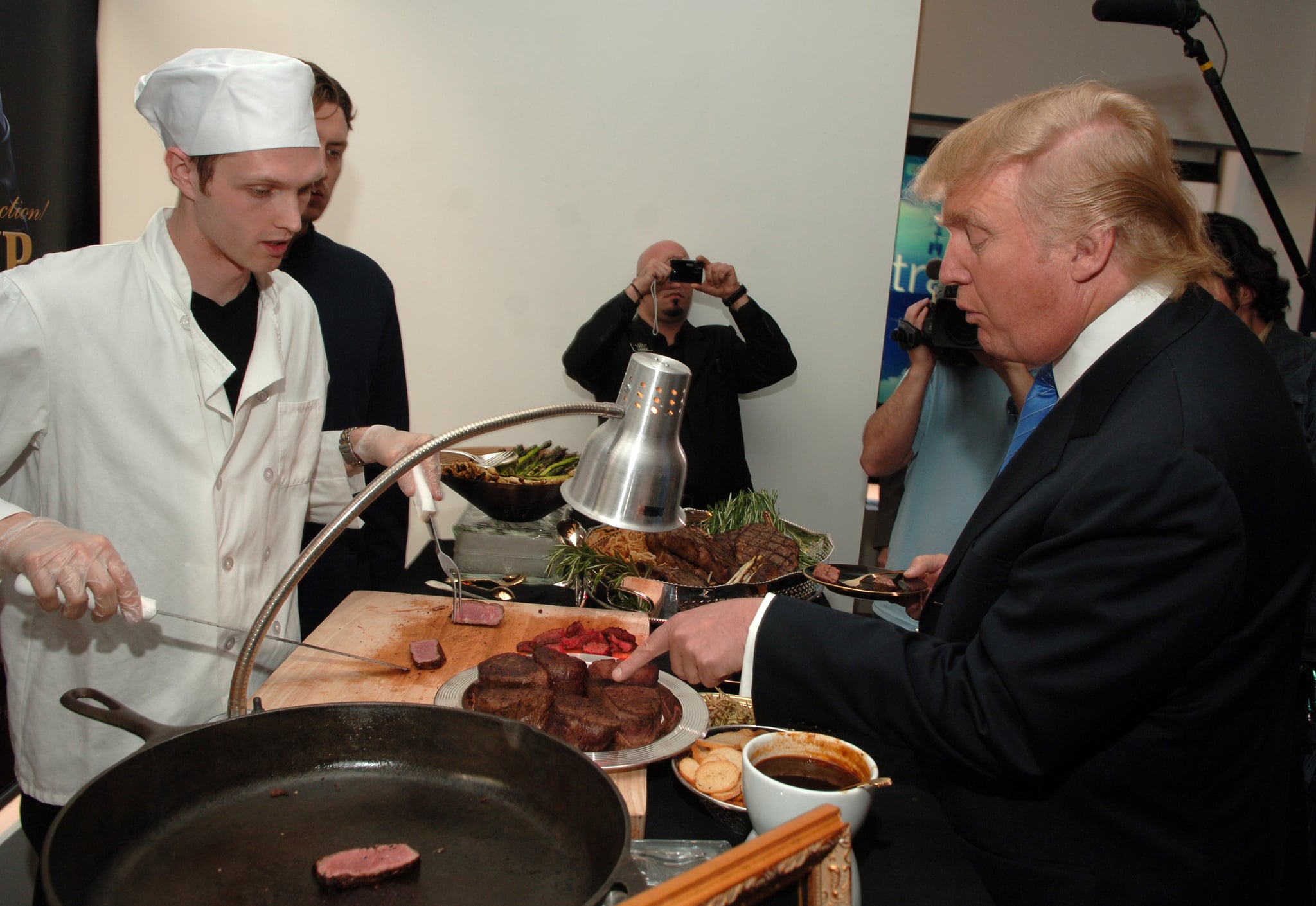 Donald Trump will reportedly chow down on a halal version of his favorite meal — steak and ketchup — during his first foreign trip as president. On Friday, May 19, Trump headed to Saudi Arabi to kick off his nine day, five-country trip abroad. Local caterers in Saudi Arabi are expected to include Trump's infamous love for steak with ketchup on their dinner menu alongside traditional cuisine. Hopefully this means Trump, who isn't considered the healthiest eater, and doesn't think exercising is necessary, will have nothing, but positive things to say about the food if he does tweet about it.